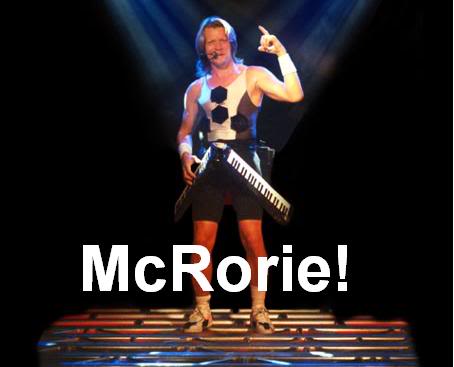 The One Man Band Festival launches this Thursday, May 15, bringing over 50 solo musicians to a dozen stages on and around the Main through Sunday, May 18. The fourth annual edition of OMBF sees the festival partnering with local promoters Suoni per il Popolo, Pop Montreal, Hello Darlin’ and Indie Montreal, presenting such acts as Rich Aucoin, Laura Barrett, Super Fossil Power, Jenny Omnichord and Bloodshot Bill.

This year it’s incorporating more DJs and electronic acts into the line-up, like Pearson Sound, Lexis and Compton Chic. While that move could attract a different, younger crowd, the festival is also reaching in the opposite direction, stylistically and demographically.

“We also opened up the festival to more traditional, fanfare-based one-man bands, which is not something we’ve had before,” says festival director Jon Cohen. “We have no choice but to grow in both directions to encompass the full scope of the art form.

“For the purists, there has to be a drum on the back,  and strictly mechanical ways of making music,” he explains. “I’ve actually gotten quite a few not-so-kind emails from one-man band purists who say, ‘How dare you open it up to electronic acts or people who use laptops.’ But whatever tools you’re employing, what we’re looking for is that you’re doing something that’s visually and sonically new. That obviously involves electronic stuff, that obviously involves looping pedals, or whatever technology is available today.”

Cohen noted three acts playing OMBF this year that changed the direction of the programming and the very vision for the festival:

“He’s built this Guitar Machine, and he basically sounds like a one-man bluegrass band, like six instruments playing at the same time. With his feet, he controls all these pedals that are making a stand-up bass sound, a lapsteel guitar and drum patterns, and he’s playing guitar and harmonica and singing over that. The machine even controls a little puppet that dances while he plays. He’s really, really interesting and fun to watch.

She plays straight-ahead slide-guitar rock, but she puts on an amazing show. It’s really really heavy and very dynamic and very visual. She plays this crazy drum contraption and guitar on top of that.

“He’s kind of a Canadian legend — he was big in the ’80s. He plays two keyboards and he has drums on his feet and toms on his chest. He’s basically like a human jukebox. He plays any song, old or new — he takes requests.

“Beck has called this guy the most coordinated human being in existence. He just went on tour with Beck, actually.

“He’s just a fantastic musician. Everything is done live off the floor, nothing is pre-recorded, and it looks like he’s twitching but every single part of his body is playing something and he’s putting together the music exactly as you would hear it on a record. You can’t believe what you’re seeing.” ■

The One Man Band Festival runs May 15–18 at various venues. See the website for the complete list of artists, schedules and individual show prices. All-access festival passes cost $40, and you can purchase them here.