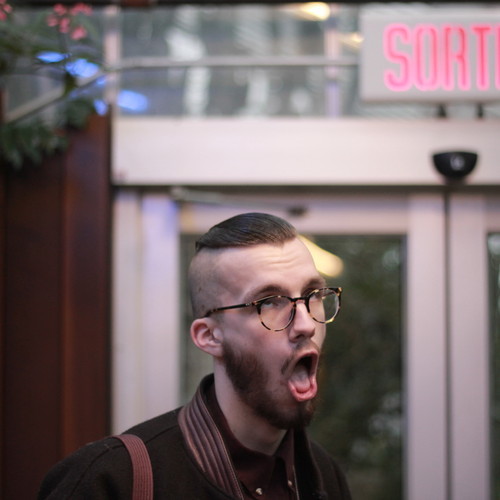 Erik Leduc, 19, has been making and bending waves in the Montreal beat scene as Noo-Bap. Sunday, the laptop prodigy makes his first trip to Piknic Électronik alongside Tommy Kruise as 10kilos.us presents the weekly summer outdoor dance party’s second stage.

I caught up with him by phone.

Darcy MacDonald: So you’ve never been to Piknic Électronik?

DM: So what are you expecting, or hoping for, for that set?

N-B: It’s me and Tommy (Kruise) and I really don’t know what to expect. It’s always different when you’re in an environment you’re not used to playing in. Like I usually play in a club or venue. So I don’t know if people are gonna be fuckin’ drunk outta their minds or if they’ll just wanna relax, so obviously gaging different types of music you’re gonna play is always different.

N-B: Yeah, I had a release party and I also played at MOTO Made.

DM: How is that party?

N-B: So far they’ve done a great job booking artists and it’s been a good party. My release party was at Belmont, too — that’s a great venue.

DM: Since we last spoke, are people catching on a little? Now don’t be humble.

N-B: I think so, I’d have to say yeah. I’ve had more gigs and I think that’s the only way I can really evaluate it. People are coming out. I’m getting booked more often and having more paid gigs. I don’t know if that matters any. (laughs)

DM: I think it does. It matters to you when you get paid, no?

DM: So for Piknic – and I actually have no idea – do you apply, or do they come to you? How does that work?

N-B: Actually, Laurent (Blais) from 10kilos hollered at me for this. I guess there’s some way you can apply, because some people have asked me that so I’m guessing there might be a way, but in this case it was Laurent that got at me.

DM: Yeah, actually come to think of it I believe the second stage gets people invited to curate it.

N-B: Yeah, that makes sense actually, they want the second stage to be a showcase of local emerging artists. I’m starting to get excited, too, I’m hearing a lot of nice things about it. So it’s gonna be a nice first trip to Piknic.

DM: For sure! Straight from the gate to the stage, that’s pretty good! So what projects do you have out there right now?

N-B: The last EP I put out was…I’d have to write it down. The last two, I’d have to write down because they don’t actually have names and they’re just, you know, more artsy type things, I’d say. (So there’s) the one with the question marks and then I also have an album I released in Japanese, so with Japanese track names.

DM: What inspires you creatively outside of music?

N-B: Maybe I’d have to say, like, the weather, because these days it just changes a lot. But apart from that I’d have to say love. Love inspires a lot of weird things. If I wrote lyrics I’d write songs about love, like some ’80s soul-type of groovy-

DM: So in general, for a live set, what do you do? Play your own music, a mix of other people’s stuff, go live a little?

N-B: Well, I don’t do much live stuff anymore. I’ll play some of my tracks because I kind of feel like I have to but it’s not my favourite music. I try to play mostly my own favourite music. Mostly music to dance to and also just music that sounds nice, you know? ■