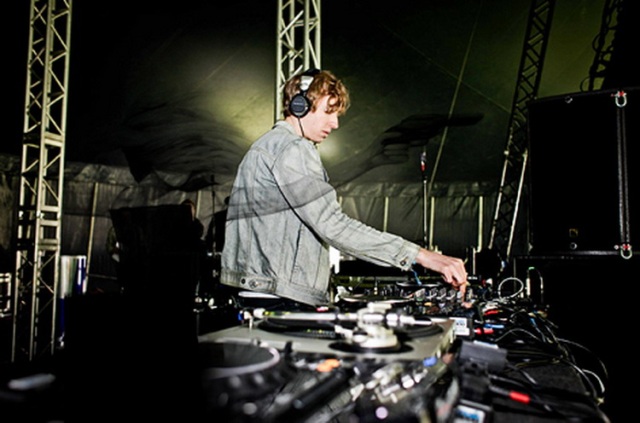 Daniel Avery‘s ascent in the last few years, as an in-demand DJ, producer and remixer, has had all the touchstones that we have come to expect of electronic music in the 21st century: residencies at renowned clubs like Fabric in London, a series of well-received EPs followed by a critically successful debut album. There’s no surer sign that you have arrived than being tapped by the likes of Pete Tong to produce a two-hour mix for the venerable institution that is his Essential Mix program on BBC Radio One, and that is precisely what Avery has done most recently.

However, if you were to consider his musical pedigree, and even his personality, you may come away thinking that this is a musician who we will be hearing from for some time to come, which is no small feat in the world of dance, where the relentless pursuance of the new leads some producers and sounds to go out of favour faster than the change in seasons.

Avery follows in the tradition of uncompromising U.K. DJs and producers, such as Optimo, Erol Alkan and Andrew Weatherall, who can string together a set from a variety of different genres and eras, easily drawing the link between various reference points, while keeping the dancefloor enthralled. The key to longevity for these DJs is in never being too trendy, by eschewing what is fashionable in favour of building a reputation based on consistency and bolstered by a deep musical knowledge.

Avery likens his sound to “techno with a psychedelic heart” so it’s not surprising to hear that he spent much of his youth and young adulthood listening to and dabbling in rock music rather than rave. That propensity towards the trippy is evident on his debut album, 2013’s Drone Logic, which features some genuinely big and spacey-sounding techno alongside a few cuts that wouldn’t sound out of place on, say, a Primal Scream record.

I recently had a chance to connect with him, via email, ahead of his Montreal debut at Piknic Électronik.

Michael Sallot: What got you into electronic music in the first place?

Daniel Avery: Björk and Aphex Twin were the first electronic acts I really felt a connection with. They offered an escape into another world.

MS: Who was inspirational to you when you started to DJ?

DA: DJs like Andrew Weatherall, Ivan Smagghe, Erol Alkan, Optimo — figures who represented a genuine alternative to all the club music I hated at the time.

MS: What has been your most memorable gig and why?

DA: Every time I’ve played at Fabric has been special and it just keeps growing in there. We have a big announcement together coming very soon.

MS: As a DJ who gigs frequently, what is your process for listening to and evaluating new music like?

DA: Music is omnipresent in my life so it never really feels like much of a process. Record shopping, gigging, experimenting in the studio, lying on the floor sliding vinyl onto the deck — it all feels like the same thing to me. Everything has an effect.

MS: What’s the last record you heard that blew your mind?

MS: Have you played many outdoor gigs before? Does the experience of playing an open-air gig or a festival, change what you do, in terms of giving people an experience that is maybe different from a dark and sweaty club?

DA: Every single gig is different so there can never be a plan. DJing is a truly communal experience. The people need to put in as much effort as the DJ. When that happens, then the stars can align.

MS: What was going through your head when you found out that you had been chosen to put together an Essential Mix for BBC Radio One?

DA: I spent a long time on that mix as it had to be a definition of what I do and of where my head is currently at. I have listened to late night Radio One for many years and have learnt so much from it.

MS: What do you have coming up on the horizon? Are you already thinking of a second album?

DA: I’ve just finished building a new studio in London so, as soon as I have time, I’m going to start laying down ideas for the next record. Things feel good at the moment. ■