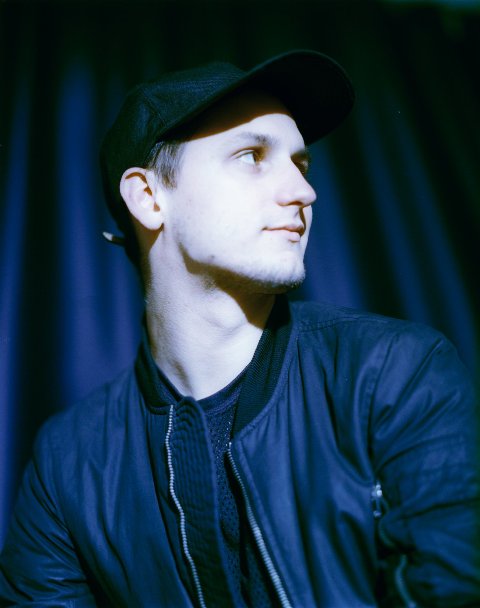 Barely a third of 2014 has already passed and Montreal-born and raised electronic producer Jacques Greene has already played a string of gigs across the U.S., Europe and even Australia.

“I’ve had a hectic few months but most of the time I actually tour a lot less than other people,” said  Greene over the phone from Los Angeles, and fresh from this year’s South by Southwest music festival in Austin, Texas, where he tested his mettle with a punishing schedule that saw him play four shows in four days.

“When you show up to venues, there is no soundcheck. The stage manager laughs at you when you ask if he got your tech rider. It’s a trying week, so if you can pull off your show under those circumstances you think ‘maybe this is possible, it might just work.'”

“I see some guys go for three months straight and that is extremely scary to me. I can take it though. In a way, it’s my job so I gotta take it seriously and do it. I’ve gotten good at it, but I really like being home and being in the studio. After a crazy run of dates, I get time off to make records. I try and pace it so I still feel like a human being,” he said

In the year since his last release, 2013’s On Your Side EP, Greene has kept himself busy. In addition to debuting his new stage show at SXSW, which incorporates visual and graphic elements produced by Montreal artist Jason Voltaire, last autumn saw Greene moving out from his Mile End digs to a new apartment and studio set-up in New York City.

“It’s a funny kind of lifestyle. No matter where I live I am only half-living there, I guess,” said Greene.

Apart from the challenges of being apart from friends, family and a cherished yet physically cumbersome vinyl collection, Greene seems optimistic and confident about the opportunities that relocating to a larger locale will afford him.

“I am pretty routine and neighbourhood-based. I basically planned all the apartments I had in Montreal around being close to Café Olimpico,” said Greene, referring to one of his favourite Mile End haunts.

“I was worried about being able to establish something like that [in New York City]. But I live next to a farmer’s market, so I got my market guy, my coffee guy and so on. The moment you find all the spots you need near your apartment, I think you could live anywhere really.”

Given the amount of time he has spent away from home in the past few years, it is almost surprising that he didn’t move earlier. Since Greene had already played some of the biggest stages in Montreal (his performance at Metropolis for the 2011 edition of the MUTEK festival comes to mind), his move will likely allow him a greater ability to travel, collaborate and perform in new settings.

“[Montreal] is a small community but it is really strong,” Greene said. “I think the main issue in the last couple of years has been the distinct lack of event spaces. and because there is such a lack, when one of them opens it kinda gets burnt out really fast because everyone wants to do things there at the same time.”

However, don’t mistake his observations for a lack of faith. He speaks of Montreal in such an earnest way that you are left with the impression that he is extremely grateful for what he has been able to do here and that he plans to continue making contributions to the city’s distinct culture of music and nightlife.

“I have unfaltering belief that things always will work out because at the end of the day nothing really compares to when parties pop off [in Montreal].”

Not being too strongly associated with any one scene, either geographically or musically, seems to be a creative strategy that suits Greene well. Initially, he was often compared to other artists within the realm of U.K. bass music and house music – a scene he now feels some distance from.

“That scene has gone has been towards a safer brand of tech house and I think I have made a conscious effort to stay as idiosyncratic and weird as I have always been. I do feel like a lot of times I stand in my own lane, but I couldn’t be happier about it, to be honest,” he said.

“I feel like I am less and less associated to particular scenes but I kind of see that as an extremely healthy thing for myself.”

On the subject of making music, Greene mentions that the last year has not been without its challenges.

“I had a long time where I wasn’t making anything I was happy with and it becomes this downward spiral of self confidence,” he said.

This eventually led to him ditching nearly an album’s worth of material, before finally coming up with a new formula that seems to have renewed his passion for his craft.

The result is a new three-song EP entitled Phantom Vibrate, which will be released later this month on the venerable U.K.-based label, LuckyMe. In many ways, it is a continuation of the sound that he has created for himself from the beginning, but distinct from last year’s EP, which featured a collaboration with singer How to Dress Well. Tracks like “No Excuse” convey emotion with feeling, texture and his signature R& B style vocal samples, rather than with concrete lyrics.

It’s no surprise the song most ready for club play on the new EP is entitled “Night Tracking,” an homage to the series of Montreal club nights that Greene, along with friends and fellow DJs Seb Diamond and Brendon DuVall, put together a number of years back. At a time when the local scene was top heavy with stale electro and less than blog-worthy also-rans, the trio was booking cutting edge underground artists like Martyn and Floating Points.

Greene said that his inspiration for the sound came from trying to capture “something that is so big and intense, you are overcome by it. I like that in movies and art. When you see something, like contemporary art that is on such a scale, like Anselm Kiefer or James Turrell, you almost need to sit down for a minute and take it in. That was the starting point, that feeling of something that is almost too much.”

“I get very upset with indifference. Especially, in dance music, I think it is easy to make a solid dance record that doesn’t do anything to anyone. They’re like hyper-functional tools. There is room for them and there is purpose for them, but I am not built for that.” ■

Jacques Greene performs with Nosaj Thing and more at Noire, happening at Espace Reunion (6600 Hutchison) on Sunday, April 20, 9 p.m., $30 in advance/$35 at the door