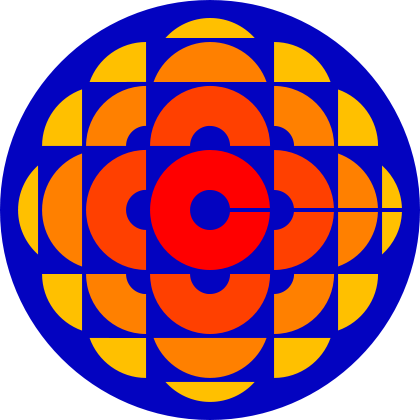 One of the turning points in the history of Quebec politics has been the creation of the Charbonneau Commission into corruption in the construction industry. Already, it has led to the adoption of new laws on political party financing and the creation of the Inspector General’s office at Montreal city hall.

By the time the commission concludes its hearing and publishes its report next year, its mere existence will have saved taxpayers an untold fortune by eliminating a system that had falsely inflated the cost of public contracts by 20 to 30 per cent and more.

Among the key figures the commission has heard to date are Lino Zambito and Ken Pereira,  who have one thing in common besides being whistleblowers: their stories were first dug up by the Radio-Canada investigative journalism team at Enquête, stories that were pivotal in creating the public pressure to form the Charbonneau Commission.

Last week Radio-Canada announced that Enquête will be losing four of its 25 journalists, part of the latest wave of job cuts at the public broadcaster. In an effort to cover a $130-million shortfall caused by shrinking government funding and the loss of the lucrative Hockey Night in Canada contract, 657 Radio-Canada and CBC employees will receive “redundancy notices” in the coming weeks. That’s a 10 per cent reduction that comes on the heels of a 650-person layoff resulting from a 2012 budget cut of $115-million, or 2,100 job losses in the past five years.

Yes, yes, it’s tough all over for journalists and journalism these days. The Montreal Gazette and sister newspapers across Canada have been tossing overboard almost everything except the deckchairs in a desperate attempt to keep their ships afloat.

Why should CBC be an exception?

Well, that’s exactly why CBC should be an exception. As “legacy” media dispose of their “legacy” staff, the quality of public journalism has been on a progressive decline in Canada and around the world. Reporters who used to work for months researching prize-winning stories of public interest can now find themselves covering the police desk on weekends, if they’re still working at all.

The Internet age has made the decline of investigative journalism inevitable because it broke an economic model that had, until recently, served the public exceptionally well. Before the Net, mass media were the only way to effectively reach large numbers of consumers, which allowed them to charge advertisers a pretty penny to reach their viewers, listeners and readers. Those revenues, in turn, made it feasible for media outlets to pay some journalists to do nothing but concentrate on a single story for weeks or even years at a time. It also made it possible to keep individual reporters on single “beats,” developing an expertise and a solid network of sources that helped break major stories.

Watergate and the hundreds of other Whatevergates that followed are almost all a direct result of that golden era of journalism.

Today, all you need to reach a mass audience is a cellphone and a good marketing plan, which is why traditional media are struggling to keep their advertisers. And like the corner fruit store that has been losing customers, media attempts to offset revenue losses with reduced costs has left customers with fewer pickings and inferior products, an inevitable spiral that ends with rotting fruit on near-empty shelves.

Without an independent, publicly funded news medium, we may soon find ourselves with thousands of candy stores but hardly any fruit stores at all.

A subscription to The Gazette will cost you over $350 a year, tax included. At 2014 funding levels, the entire CBC will cost $29 per capita, or 56 cents a week.

Government support for public broadcasters in 18 major Western countries in 2011 ranged from $3 in the United States to $68 in France, $97 in the U.K. and $180 in Norway. Only the U.S and New Zealand pay less per capita than we do.

What do we get for that $29? Well, even if you don’t watch or listen to CBC programming, you get positive changes in government policy on issues like corruption, public safety, waste, health, environmental protection, etc.

If you do use CBC, you get access to intelligent and thought-provoking programming with a Canadian twist on everything from culture to horticulture to policulture. If you tuned in at all during the recent provincial election, you got hundreds of hours of reporting and debate and discussion of issues that affect our everyday lives, something that no other media outlet could even come close to matching because they were too busy running the latest episodes of Survivor and Fort Boyard.

This is not to say that there’s nothing wrong with the CBC/Radio-Canada. The broadcaster needs a serious public review of its mandate and mission in the rapidly evolving world of digital media, something that the main union representing workers at Rad-Can acknowledged yesterday. Tabling a “White Paper on the future of the CBC/Radio-Canada,” the president of the Syndicat des communications de Radio-Canada, Alex Levasseur, asked for a moratorium on funding cuts and the creation of a parliamentary commission to look into the institution’s future.

“Without debate and without a warrant, the government is slowly but surely dismantling one of the essential public services in a democracy,” Levasseur said.

Given how much trouble the news component of CBC has given politicians over the years, it’s hardly surprising that the Harper government is trying to starve it out of existence. As one of the last significant bastions of investigative journalism in this country, the CBC has often been seen by politicians as the dog that bites the master who feeds him.

They forget, however, that it’s taxpayers who are the real masters, and we want our watchdog to remain healthy and vigilant, not muzzled and blinded by budget cuts.

Petitions and letter-writing campaigns to support the CBC/Radio-Canada can be found here, here, here and here. For the record, I have never worked for the CBC nor am I looking for a job there, but I am an avid consumer of its radio, news and comedy productions. ■

Peter Wheeland is a Montreal journalist and stand-up comic. His sardonic observations about the city and province appear on Cult MTL every Wednesday. You can contact him by email or follow him on Twitter.