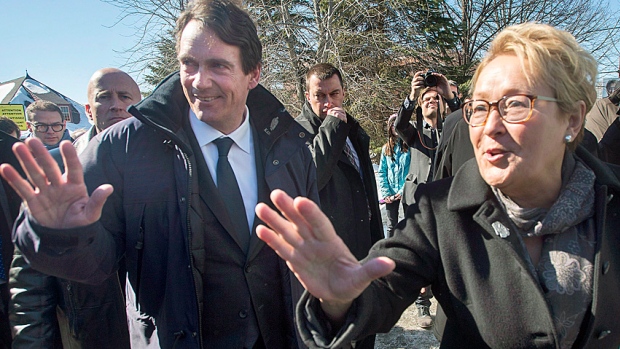 Death Magnate-tic: Remember when a young Robert Johnson sold his soul to the devil for the gift of playing the blues? Well, Quebec premier Pauline Marois has made a similar Faustian bargain at the crossroads in her quest for a majority government, by calling on poorly coifed plutocrat Pierre-Karl Péladeau to push her over the edge (although she’s been doing most of the pushing so far). On behalf of all former Mirror employees and contributors: Fuck PKP. We never thought we’d say this, but Marois should probably watch her back — Pelly ain’t in it for MNA paycheque.

Wint’r give’r: It’s the season that just won’t quit. A week ago we were shuffling chairs on our terrasses, but by Wednesday Montreal was hit with a 20 cm snowfall. And it was windy, too, making winter’s final stand all the more unbearable. Forget PKP — if we leave Quebec for good, it’ll be because of Old Man Winter.

Cut the clop: Are horse-drawn calèches of a bygone era? With New York City contemplating getting rid of the iconic carriages in Central Park and replacing them with something less horsey, will Montreal follow their lead and send the Old Montreal calèche pushers back to their stables for good? Don’t tourists eat up that old timey stuff?

Much music: The line-up for über-popular Montreal music festival Osheaga was unveiled this week, with Outkast, Jack White and Arctic Monkeys set to headline the three-day shindig at Parc Jean-Drapeau this Aug 1-3. Props of course must be given to local garage pop-rockers le Trouble, who appear last on the overstuffed line-up poster, but remain a little higher up in our hearts.

Gaffeontaine: PQ candidate Jean Carriere, running in the riding of Lafontaine, was forced to withdraw from the race this week after getting a little overzealous on his Facebook page, praising French far-right politician Marine Le Pen and posting a pic of a half-naked lady giving the middle finger to Islam. Come on, at least try to look surprised! ■