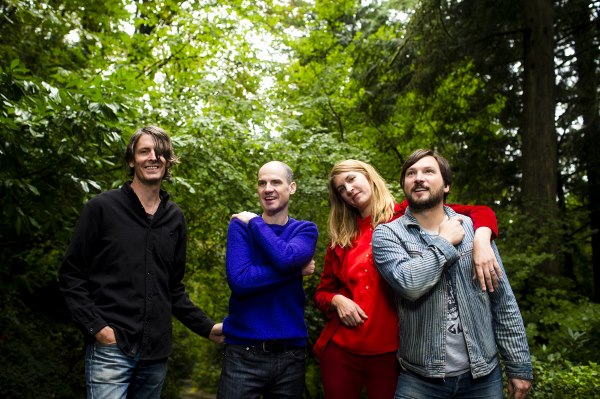 Stephen Malkmus and the Jicks

He’s infamously snarky and notoriously sarcastic, so no one was surprised when Stephen Malkmus had a clever quip at the ready, even when the circumstances would’ve made some performers storm offstage.

It was Osheaga, 2010. Malkmus and his former Pavement bandmates were playing the festival as part of the seminal alt-rock troupe’s reunion tour, a decade after they had broken up. The indie fans were practically wetting themselves with glee. Unfortunately, the frontman himself was about to get soaked. One of those audience members tossed up a cup full of beer, hitting Malkmus square in the chest.

Without missing a beat, he turned to his bandmates, licked his lips and said, “Is that Labatt?”

The crowd burst into laughter before breathing a sigh of relief. After all, this was the disreputably difficult frontman who’d broken up the band without telling his bandmates. But Pavement kept playing that day, and everyone seemed to enjoy Malkmus’s trademark ironic one liners, both lyrical and improvised. Those fans may have been shocked, however, by his hidden reaction.

“It made me sad. But not to the point of killing my buzz,” says Malkmus, who returns to Montreal this month to play with his post-Pavement band, the Jicks. “We finished the show, and I put a new shirt on.”

That cool aloofness, the unkillable buzz that Malkmus fans love, might just be a facade.

Last month, the Jicks released Wig Out at Jagbags, their most upbeat album yet. After his wife called his older lyrics “depressive,” Malkmus swapped the word “horrific” for “terrific” on the new song “Lariat,” singing instead: “A love like oxygen / So foxy then, so terrific now.”

“I was trying not to go into this automatic, acerbic writing style that I hear when I listen back to my old songs,” he says of his sunnier new lyrics. But that optimism isn’t newfound. He grew up in 1960’s California, immersed in the Mamas and the Papas hits his folks adored. Malkmus says his “Republican, Westwood side of town,” parents balked when he formed Pavement in the late ’80s. But he wasn’t defying their scruples so much as their earnestness. By then, he’d long outgrown the Mamas and the Papas, instead favouring supposed nihilists like Lou Reed and his junkie drag queen anthem “Sister Ray.” Malkmus’s generation of alt-rockers thoroughly embraced that trendy apathy, at least theoretically.

“I didn’t try to meet Lou, although my friend went to the same gym as him. He said he’d see Lou in the jacuzzi all the time, which I thought was hilarious,” he says, explaining that his snubbing of celebrity, and his snootiness in general, has little to do with trendy indifference. If anything, it sounds like insecurity.

“If my band plays some talk show, and the other guest is some towering person like Bob Dylan or Gisele, what would they want to talk with me about?” Malkmus says. “Yep, Dylan and Gisele Bundchen, those are the towering two. Her body is towering, and his body of work is towering. They’re both intimidating, probably.”

These days, he’s equally adverse to towering over others, even when he’s saturated in suds. After all, he has tossed out far worse.

“I threw a rock at a passing car when I was 10 years old. It hit the back window. No one got hurt, but who knows what could’ve happened?” Malkmus says. “Rather than just hitting a rock star, or a wannabe rock star, I could’ve killed someone. So, when that beer hit me, maybe that’s why I didn’t care.”

*Wanna win a pair of tickets to the show? Enter our contest here*