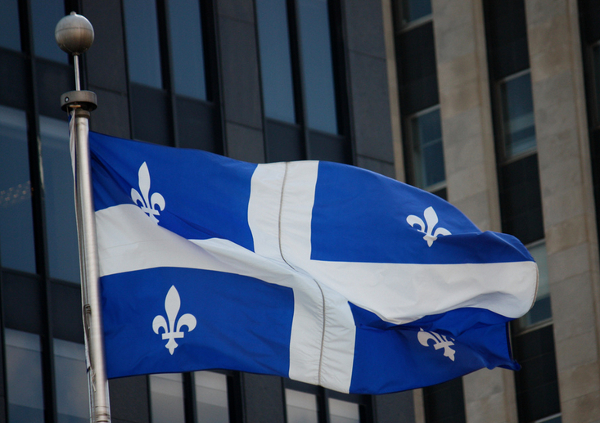 So Maria Mourani, the former Bloc Québécois MP who opposed the Quebec Charter of Values, is now also formerly a separatist. Mourani has apparently concluded that the federal system will better serve the rights of Quebecers. So the Ahuntsic MP — who let her stance be known in an open letter this week — will now sit as an independent. No word on a party, though the NDP is not on some floor-crossing shit. But in any case, those of us who want to secede from Canada are non-plussed.

On another charter-related noted, the McGill University Health Centre will fight Bill 60 — should it actually become a law and everything — in court rather than seek an exemption. The announcement follows a softer statement, in September, in which the MUHC said it didn’t believe that wearing “conspicuous religious symbols” had an effect on how anyone did their job. Which is true, but yeah, not quite as assertive.

Three southbound lanes and counting — during rush hour, anyway — on the superbeam-reinforced Champlain Bridge. If you’re a South Shore dude, you’re psyched, albeit not as psyched as you’ll be when the new bridge materializes.

You’re also excited if you engage, or have been considering engaging, the services of prostitutes. The Supreme Court struck down prohibitions against keeping a brothel, living on the avails of prostitution and street soliciting. Landmark-level shit. Parliament now has a year to come up with new laws. The current ones will stay in effect until Dec. 19, 2014, when the #newrules on the matter are due — though an extension is always possible.

And, speaking of #newrules, Quebec Liberal leader Philippe Couillard — he of the so-called “Philippe-flop” — will unveil the party’s own secularism charter, which was designed to target religious fundamentalists: the Lev Tahors of the world and so on. Whether that kind of legislation wins anyone over awaits to be seen.

At last, a listicle that matters.

And, finally, without comment, we present you with the PQ’s take on sovereignty and multiculturalism. ■