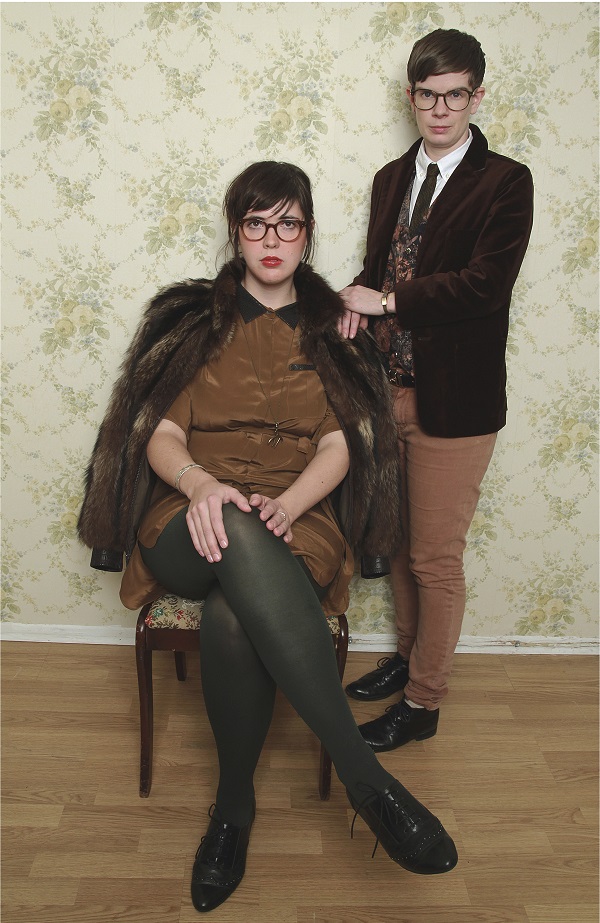 While searching for music for her film Deadman, director Chelsea McMullan was introduced to Prairie-born transgender musician Rae Spoon.

McMullan was so impressed with the Montreal resident that Spoon (who prefers the pronoun “they”) ended up scoring the entire flick. The pair developed a friendship that led to the creation of McMullan’s latest documentary, My Prairie Home. The film explores Spoon’s roots and upbringing, but it’s also a road movie — not to mention a musical.

“I had the idea for a documentary musical early on. It took some convincing to get Rae to sort of agree to do it more about their childhood growing up. That was a place right off the bat that they didn’t want to go to. So that’s what eventually evolved,” says McMullan.

To facilitate the journey back through childhood memories, Spoon began to write stories for McMullan, which later developed into First Spring Grass Fire, Spoon’s first book.

“We tried to do a couple of interviews, but it was a bit hard for Rae to access those memories. It’s hard for anyone, but particularly for Rae. So we were trying to figure out how — because I didn’t know a lot of the stuff — how I would know to ask the right questions. So we came up with the idea that Rae would write stories about growing up, and then I would have some idea, and then specifically ask the questions,” says McMullan.

They started talking about making the film in 2009, and then more seriously once McMullan’s pitch was accepted by the NFB. “It’s a pretty weird pitch. ‘I would like to do a documentary, about a transgender musician, set in Alberta — there’s also going to be dinosaurs and musical numbers.’”

When asked why it took so long for the film the see the light of day, McMullan explains that there was never a rush. They allowed things to happen organically. “We were being pretty patient. It wasn’t something that we wanted to take lightly. It’s a lot of pretty heavy subject matter. We wanted to be careful how we represented it. We sort of just took the time. Rae did the album they wanted to do, and wrote the stories. And as they were writing the stories, I was adapting them or coming up with a way to play out the narrative and ideas around that.”

“It was all mapped out together,” adds Spoon. “I wanted to make sure when the [soundtrack] album came out — ’cause people are still just going to listen to an album, right? — that it would just stand by itself as a musical about my childhood. And then I just gave it to Chelsea.”

“I think that’s important if you’re the subject of a documentary,” says Spoon. “That’s pretty iffy territory to start weighing in.”

Since the film reveals quite a bit about Spoon’s childhood growing up with an abusive, schizophrenic, rapture-fearing father, I asked if they ever fear that people will view these circumstances and their sexual orientation as a cause and effect. “I definitely thought about that, especially before the book, because the book is a lot more involved and traumatic than the film,” says Spoon. “If someone doesn’t respect my gender, then what do I care what their reasons would be? You know? People definitely do things like that, but if someone’s homophobic or transphobic, they’re going to do whatever they can, subconsciously, to invalidate an identity because they can’t handle it. They can’t handle something just existing. There has to be a factor — some sort of subconscious thing about worrying they are that thing, and knowing, ‘Oh, but that didn’t happen to me — so I’m protected from it.’ I think about stuff like that, but at the same time, I just don’t care.”

Next up for Spoon is another book — a collaboration with Ivan Coyote called Gender Failure, based on the multimedia show of the same name that toured earlier this year. “There’s going to be shirts that say ‘Gender Failure.’ Think about it — they’re not just for queer people. So I’m really moving outside. It’s a definite — what’s it called? — ‘cross promotion.’ Straight people can wear them, too. Anybody with a gender could wear it. Yeah, it’s going to be big. Gender failure.”