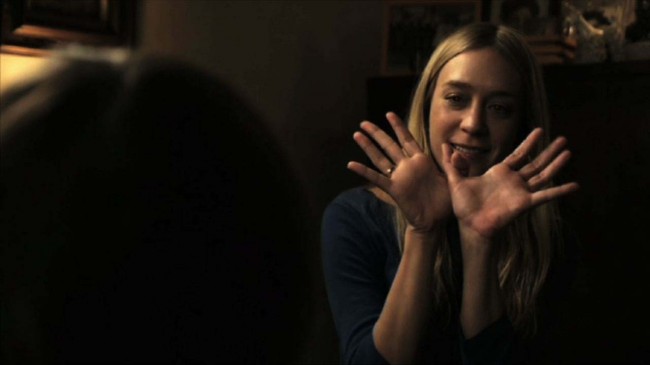 Chloë Sevigny in All Flowers in Time

Jonathan Caouette’s managed to break the mold since his very first attempt at filmmaking. On a tiny budget of $218.32, and using 20 years’ worth of Super 8 footage, VHS tapes, photographs, answering machine messages and Mac’s iMovie software, he created 2003’s Tarnation, an autobiographical documentary that explores his life growing up with a schizophrenic mother. For any budding filmmaker, Caouette’s award-winning debut was a success story to look up to — a lesson in making things happen with whatever resources that are available to you.

Since his initial effort, he has continued to create experimental and surreal films including PHI Film’s All Flowers in Time, which was included in 2010’s short film selection at Cannes, the New York Film Fest, Sundance and more.

The PHI Centre has begun offering some of their superb short films online, extending their lives beyond festivals and theatre seats. I spoke to Caouette last week about All Flowers in Time, his experience with PHI and his future projects.

Kayla Marie Hillier: How did you end up working with the PHI Centre?
Jonathan Caouette: It’s a bit of a long story. Stephen Winter, my editor Jessica Brunetto and I ended up submitting the film to Cannes, to the short film corner. And it got in and I couldn’t believe it. I thought it was just so out there and so experimental that it would have never seen the light of day, necessarily.

Danny Lennon (film curator at PHI) was the alchemy, because he had discovered the film at the short film corner and he contacted me and was telling me all about PHI and that he’d shown it to them and that they’d loved it and wanted to possibly come on as producers of the film. I think they were originally going to distribute it and then I talked with them about needing to finish the film and sort of take it to another level, in terms of the effects that I was trying to go for — that I wasn’t really able to tackle on our end here because of budgetary constraints. So PHI came on as the exec producers and ultimately helped me finish the film and put together a wonderful schedule that enabled me to come to Montreal various times — which I now consider my second home away from New York. The film ended up going to Sundance and a few other festivals and got some really nice accolades. I was so pleased, and it was so surprising, too. It was just the sort of film that I put together with my friend Jessica, really not premeditating anything in terms of what kind of life it would have. I was really pleased, I couldn’t have been happier with the whole situation. I fell in love with everyone at PHI and we’ve continued to be fairly close since then.

KMH: How did you come up with the concept for All Flowers in Time?
JC: All Flowers in Time was literally an experiment. Part of the film was derived from footage that me and my friend Jason Banker had filmed while doing an experiment with a Hex camera where we were filming my grandfather and then a couple of friends of mine with scripted dialogue. Just a script I’d wrote based on a nightmare that I’d had. It involved the whole peek-a-boo thing, and then this girl sitting across from this guy having this strange conversation that involved something having to do with people staring at each other until — y’know you can stare at something or somebody long enough in a low-lit room then their faces will start to metamorphosize into something else. It’s also kind of loosely based on this weird thing that I used to do as a kid, where I would do these staring games with people and it was just sort of a power of suggestion thing. The idea was just that if you looked at somebody their face could metamorphosize into an animal or another person, that kind of thing.

KMH: How did Chloë Sevigny get involved?
JC: I’ve met Chloe kind of intermittently here and there over the years, just living in New York. I was an über-fan of her and Harmony [Korine]’s films and what she’d done after that. I’d kind of lightly been following her career since the early days of Kids. So we happened to be on the festival circuit, she was there with something and I was there with something and we exchanged numbers. We kind of did the whole thing by text, believe it or not. We were texting each other right up until the point where she walked in my door and we were going to do the shoot.

KMH: What are you working on now?
JC: Starting in January, I’m going to be in pre-production for probably one of the most intimidatingly ambitious documentaries I’ve ever done. And I’m so excited and kind of overwhelmed and all of those good things. I’m going to be working on it for 15 months. I can’t say who it’s about yet until they officially announce it, or say that it’s okay for me to start telling people — but what I can say, is it’s about a really, really, really, legendary iconoclastic person. They have a life, her life, that’s indescribable and has put out some of the most amazing backstory of being the quintessential survivor. That’s all I can say for the movie. That should be seeing the light of day by May of 2015. ■

Watch the film on the PHI Centre’s website here. You can also check out their previous free shorts: Next Floor and Danse Macabre.