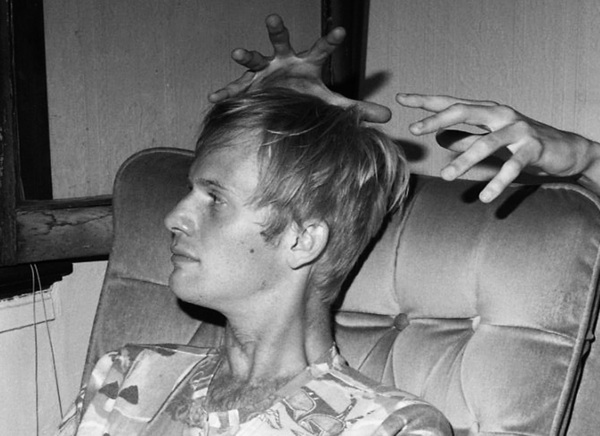 “I don’t like being around who I’m supposed to be around,” Montreal author Trevor Barton explains. “Growing up, and still to this day, I don’t have very many friends who are writers. Most of my friends are musicians.”

Barton’s new book, Derivé/The Lifeguard Suite, is being released this week by Arbutus Records, which also put out Barton’s 2010 collection of short stories, Little Black Baby (2010). The influence of his musical ties are apparent everywhere in his work.

“My writing is very brief, and divided up like songs,” he says. “Of course I read tons and I’m very familiar with literature, but it’s very ingrained in me, this idea of being very immediate.” 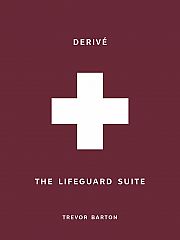 The book is a slender, compact volume comprising the two titular works, each clocking in somewhere between a short story and a novella in length and illustrated by Ezra Gray. While brief, the stories are ambitious, flirting with and subverting the distinctions between life and death, space and no-place, body and mind in lilting, lyrical prose.

“The ambition of it was to really take, stylistically and thematically, vastly different moods and ideas and to bring them into a relatively small space and get a cohesive, unified form,” he explains. “I wanted to get away with something that shouldn’t happen in literature, with these bizarre, even ridiculous visions of human corporeality and to make them human, to make them real.”

In the first story, “The Lifeguard Suite,” a lonely, somewhat naïve lifeguard sits watch on the beach with only a boozed-up grim reaper and his jet-skiing skeleton wife for company. Meanwhile, a gang of miscreant adolescents stir up trouble in the tale’s background, triggering a surprising metamorphosis.

Barton explains that he cycled through a number of concepts and stories before finally settling on this pair. “Derivé,” the second piece, aims to bring the Situationist psychogeography of Guy Debord into the Internet age. The dérive, or drift, is a wandering journey through urban spaces, which Debord held could expose people to an authentic experience of the life and communities around them. Barton, however, flips this, holing up in his apartment, pretty much immobile, letting his imagination roam the world while his body stays stationary.

Both tales are meditations on loneliness, which Barton sees as a fundamental difference between the creative processes of writing and making music.

“Musicians bloom very young, and they have a constant reassuring performance space where they get their peers’ approval, whereas the writer’s life and existence is relatively lonely and requires isolation,” he explains. “I’m a very social person. I really enjoy it. As I grow older, being around musicians and this sort of space has given me time off to not kind of address that despair and that loneliness that’s part of being a writer.

“I think going forward I’ll be in a lot more of a creatively fertile place.” ■