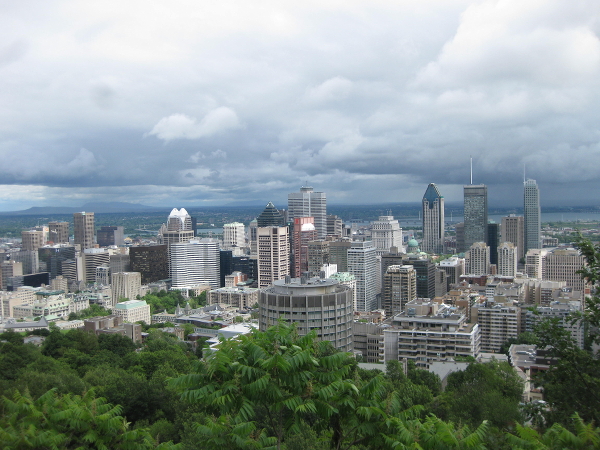 Crooked mayor or no, the view from the mountain is still the same. Photo via Flickr

Like the rest of you, I’ve run a gamut of discomforting emotions since our city’s longstanding system of corruption was harshly exposed for all to see, and at times yesterday it felt like with the arrest of placeholder mayor Michael Applebaum, we collectively reached a depressing nadir.

Some of us on social media even went as far to say we were embarrassed or ashamed to be Montrealers. In rapid succession, the world got a rather skewed sampling of modern Quebec life, in the form of the turban ban in soccer and now Applebaum’s fall from the tree. We’re a prideful bunch, and many of us personally felt the need to atone for our scandal-plagued city, which is understandable.

Well, let me tell you, dejected citizen: Unless you’ve personally stuffed your socks with cash or taken a manilla envelope, no questions asked, you have absolutely nothing to be ashamed of.

It’s true — Montreal is corrupt, and during the aughts, the city was incredibly corrupt. We were none the wiser, although perhaps in hindsight we were simply content to look the other way. Reality seems harsh right now, but the crimes being brought to light in the Charbonneau Commission and Opération Marteau have already taken place. The wheels of change are already in motion, and with any luck, transgressors will face the music, and safeguards will be put in place to prevent weak-willed elected officials — of all stripes — from gaming the system.

Perhaps in a few years we’ll look back at the Tremblay decade simply as Duplessian darkness on the path to a new golden age of transparency.

Currently, everyone and their grandmother is mulling over a mayoral run. You don’t have to go that far, but with an election coming in November, now’s the perfect time to get reacquainted with the more minute aspects of municipal politics, even if it means simply reading your borough’s newsletter instead of tossing it in the trash. Don’t let the thought of your interim mayor getting hauled off to the precinct feed your apathy.

But in the meantime, do not be ashamed that the city is airing its dirty laundry in public. When normal citizens like you and I get together — as we did last weekend during the splendid Mural Fest on the Main — it’s business as usual in Montreal.

And, really, where else would you rather be? ■