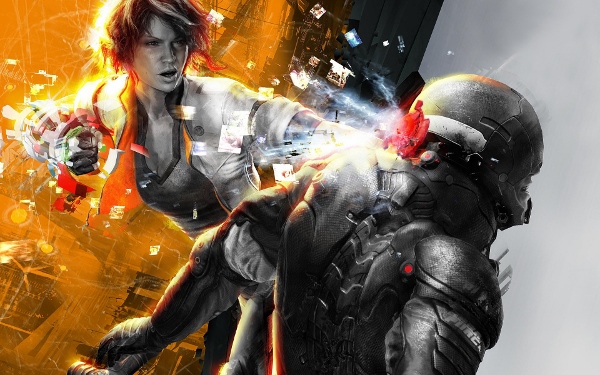 Ouya is coming! Yes, I believe it’s pronounced Ooo-yah. Correct, it runs Android, like your phone, but it’s a console for your television. Come to think of it, I’m not sure why you’d want to play Android games on your television. Hey, c’mon, quit ruining this for me!

Gunpoint (PC) – June 3: Despite its title, firearms don’t factor all that much into this game. Instead, you’re a freelance-and-enhanced inspector gadget sent to sneak into highly secure buildings, and your best tool for getting from room to room is your ability to rewire circuitry.

Kingdom Rush: Frontiers (iOS) – June 6: The sequel to the breakout iPad hit that had everyone going medieval on their tablets. Like any good sequel, Frontiers promises more, which for a tower-defence game means more hectic conveyor belt action and, of course, more towers.

Remember Me (PC, PS3, X360) – June 4: In the future, memories are worth a pretty penny (not adjusted for inflation), and the Memorize Corporation controls them all. Stars a fashionable ass-kicking amnesiac who hasn’t forgotten how to act like she’s in an action movie.

The Last of Us (PS3) – June 14: As close as we’ll get to a game adaptation of Cormac McCarthy’s novel The Road, with hopelessness and desolation replaced by realistic, unpredictable combat and smart AI. The long walks probably won’t be as uneventful either, despite the post-apocalyptic setting.

Muramasa Rebirth (Vita) – June 25: As far as criminally underrated Wii games worthy of a rebirth go, beautifully animated mystical sword slasher Muramasa: The Demon Blade is a distinct cut above. As vibrant as the original was, this HD Vita port looks stunning.