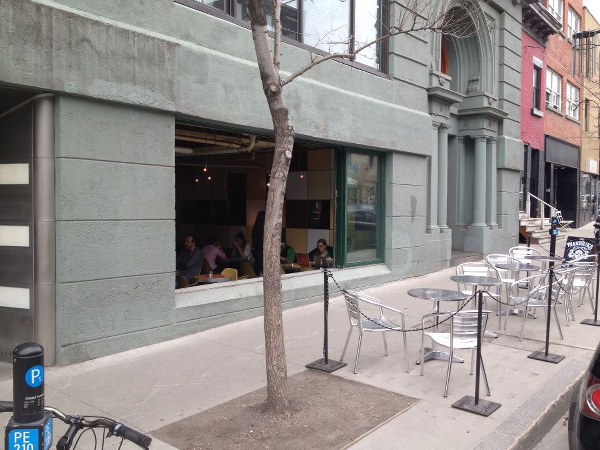 On the plus side of things, terrasses have begun to open. So there’s that.

Our sympathies go out to Boston, which is on lockdown in the wake of last night’s developments: One of two suspected bombers was killed in a shootout (that also claimed the life of an MIT police officer), while a manhunt is underway for the second — his brother, Dzhokhar A. Tsarnaev, 19 years old. He and his older sibling, Tamerlan, 26, hailed from Makhachkala, a city in Dagestan near Chechnya, and moved to the States about 10 years ago. Their father called his youngest son a “true angel,” though their uncle called both boys “losers.”

Meanwhile, there was a massive explosion at a fertilizer plant in Texas, near Waco. Twelve people died. This guy, however, survived both this incident and the bombings in Boston. “I feel blessed that my wife could be 10 yards from the explosion and not have a scratch,” he said.

On the local front, Jennifer Pawluck, she of the incendiary Instagram feed, has pleaded not guilty to charges of criminal harassment and intimidation against a police officer — Ian Lafrenière, to be specific, the cop whose mug was immortalized via wheatpaste portrait. She’s back in court next month — but no one will be live-tweeting or texting their closest bros about the trial.

Currently in court is former city exec committee president Frank Zampino, who told the Charbonneau Commission that he knows nothing about the word “collusion.” Indeed.

So the newly minted leader of the federal Liberals, Justin Trudeau, is a lot of things to a lot of people, but to Jean-François Lisée, Parti Québécois minister responsible for all things anglo, he’s just a “young prince” for expecting the leaders of all our province’s parties to adjust their schedules and meet with him. So far, he’s meeting with the Coalition Avenir Québec’s  François Legault and and Liberal leader Philippe Couillard. Marois is out for now, apparently. Poor Justin must feel so slighted.

Finally, as of next Tuesday, the stretch of Laurier E. between St-Laurent and Henri-Julien will be closed for something like 12 weeks (give or take, like, eight) for construction. The sidewalk will still be walkable, though, and bikepath still rideable. So if you live in the neighbourhood and rely on a car, it might be time to start messing with bicycles — Bixis, maybe, right? ■