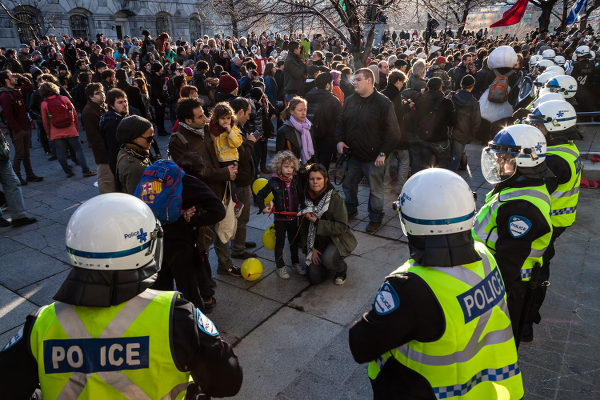 So yesterday evening, the manif was once again en cours, this time at city hall, where thousands gathered to denounce P6, a contentious bylaw that bars protesters from wearing masks and forces them to submit itineraries in advance of any demo. Though things were largely peaceful, they did get tense when the protest reached its peak. One person was arrested; another was ticketed for spitting on the ground.

Today, Projet Montréal and Vision Montréal will advance a proposal that would see the bylaw weakened. There will probably be another protest (natch). Here, though, are some images from yesterday’s demonstration, shot by Justin Canning.