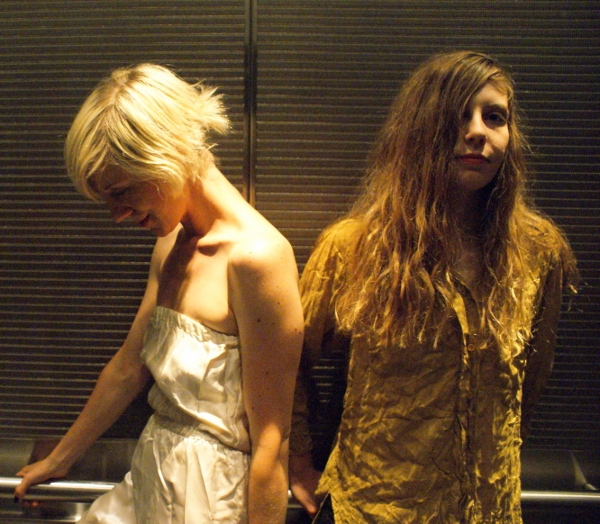 When Kara Keith and Jen Reimer first moved to Montreal, their musical vision was far afield from where it lies now. They met at the Banff Centre, where they’d travelled from their respective hometowns of Calgary and Edmonton to study art — Reimer was perfecting her French horn skills; Keith says she was going through a transitional phase and didn’t know what was up.

She’d already tried her hand at music, writing pop songs and singing in several bands, including Falconhawk. But she felt disillusioned by these projects, and by major label expectations of what a frontwoman should be, so she and Reimer moved to Montreal and formed a band.

“It was complex pop,” she says. “I was playing piano, if that tells you anything, and we had strings. We recorded with Howard Bilerman, but what we did just didn’t feel right, so
we scrapped all of it. I still feel bad about that.”

With their time and resources spent, the duo broke off from their bandmates and became UN — for the record, that’s “uhn,” not “you en.” They took their name from the process undertaken to render their sound more raw and more real.

“We just stripped it down, stripped away all the bullshit — that’s what UN is about, scaling back to the essential stuff.”

UN have been honing their dungeon dance music for a couple of years, with Keith on vocals and “sound layering,” Reimer on beats. Their self-titled (or un-titled) new record was written and produced in-house and mixed by Charlie Twitch (aka ¡Flist!), casting cold waves over subterranean sleaze.

Preferring not to be separated from the audience by the stage, UN have played most of their local shows in afterhours lofts. Despite having performed at a series of major festivals, Keith says they excel in underground spaces.

“At our best shows, the ones where we’re really on, it feels transcendental,” she says. “I guess it’s because of the repetition. Sometimes I look out into the crowd and everyone’s just swaying, in a trance.” ■

UN launch their record with guests Ramzi, Beaver Sheppard and DJ World Peace at the Plant (ask the Internet for the address) on Thursday, Feb. 14, 8 p.m., PWYC