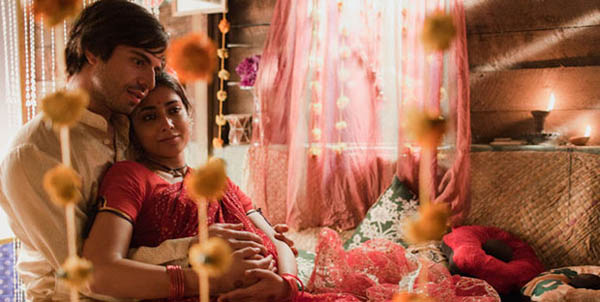 Four weeks into shooting, Deepa Mehta’s adaptation of Salman Rushdie’s Midnight’s Children was shut down. The Iranian government was unhappy, and had shared their displeasure with the ambassador to Iran from Sri Lanka, where the film was being shot.

Midnight’s Children traces Indian history after independence, framing it through the story of two boys. They are born on the stroke of midnight after independence in 1947 and switched at birth. It wasn’t this narrative that concerned the Iranians, however; Rushdie has had a fatwa placed against him by Iran’s religious authorities since his book The Satanic Verses (published after Midnight’s Children) angered many Muslims worldwide.

Mehta wasn’t worried. In fact, she saw it as a mini-vacation. “I didn’t feel that it was permanent,” Mehta says. “I must say that David Hamilton, who’s the producer, didn’t feel the same way! Everybody was worried except for me. I just had a feeling that we’d be on again. It wasn’t like when Water was shut down. It felt that it would be resolved. I knew that it would be. And it was. So I slept for three days — it was very good.”

Intuition, in fact, “totally” guides Mehta. “I can’t explain it. It’s not about logic. It’s a feeling, you know?” She describes herself as “very intuitive and impulsive. Nothing’s premeditated in my life. And I get in a lot of trouble for that. But sometimes it works.”

It takes impulsive confidence to tackle Rushdie’s epic novel. The movie has 19 major characters and 102 speaking parts, spans six decades and takes place across the Indian subcontinent. Evoking the shifts in everything from clothing to body language to accents took an enormous amount of research, and Mehta says she “looked through reams and reams of news footage.” Before the shoot, the director workshopped for nearly three weeks with all the actors using Natya Shastra, a dramaturgical text written 500 years ago. She’s been using the text as a rehearsal aid for about six years.

The results startled Mehta — and Rushdie. The author, who also wrote the screenplay, didn’t see the film until the first cut. During a scene when a character takes a photo of his wife and newborn baby, Mehta recalls that Rushdie leapt up, saying “’Oh my god! That camera! I remember that camera because my father had that camera.’

“When Salman and his sister saw the film, there were many things that they felt weren’t in the book but were there in part of their memory,” she continues. “And I think that it’s something that generation of Indians shares” — a generation that includes her. For her, it was a neat parallel to the theme of the book, which she says is that “our history informs us.”

Mehta always imagined the book as a film. “The reason that I love the book is…the imagery. It’s very cinematic,” she says. “There was something inherent in the book itself that really made the images leap out for me.”

Mehta translated the novel into an epic film with the flavour of such historical sagas as Gone With the Wind and Lawrence of Arabia. She was inspired, in part, by Visconti’s The Leopard. Was she worried that a certain intimacy would be buried by this grandeur? “I didn’t ever feel that the epic nature of it was in any way putting the lid on the personal,” she says. “I think it’s an epic novel and to interpret it visually [made] an epic quality essential. You know, Buñuel — my favourite director in the world — said something. He said ‘when your story is particular, then you get universal.’”

For Mehta, this is how a story about two Indian boys and their families transforms into something that resonates so universally with a whole generation of Indians and, in fact, with anyone “searching for home, family, identity.” Ultimately, Mehta hopes she’s also captured the political identity crisis of the whole Indian subcontinent.

“All art is political. It can’t help but be affected by what is happening in our society or, conversely, what may happen in our society.” ■