It will surprise absolutely no one who has read more than a handful of these that I was a die-hard Roald Dahl fan as a kid. I was, however, also very impressionable and easily traumatized by imagery in films – amongst the ranks of movies that scared the shit out of me, you’ll find such family-friendly fare as Labyrinth, Indiana Jones and the Temple of Doom, Batman Returns and Death Becomes Her. I found the private mind garden created by books (and my imagination, by association) to be significantly more manageable, and thus stayed as far away from Nicolas Roeg’s The Witches as I could, which was rather difficult given Quebec TV’s propensity for programming it everywhere possibled. Though I eventually saw and enjoyed the original The Witches, it is a movie that I hold no particular nostalgia for — and can therefore with certainty assess that Robert Zemeckis’s remake/new version of the book is an embarrassment on all fronts.

Granted, if ever I wanted Zemeckis to remake a Nicolas Roeg movie, I would prefer it be this one and not Don’t Look Now or Walkabout. It’s not that much of a stretch between this and the spate of dead-eyed CGI holiday concoctions Zemeckis spent the early 2000s on, but even those films have a certain terrifying texture or vibe that we can associate with Zemeckis. Though one could charitably say that Zemeckis has lost his way in recent years, one cannot really avoid the fact that his movies, as bad as some may be, are at the very least idiosyncratic. They’re often terrible ideas, but they’re his terrible ideas. The same cannot be said for The Witches, a visually anonymous, candy-coated bore that could have come from any number of anonymous studio taskmasters who routinely put out CGI talking-animal garbage. The Witches’ greatest crime isn’t that it’s bad; it’s that it’s bad for a Robert Zemeckis movie.

The bulk of the plot is similar to the original’s. It centres around a preteen boy (Jahzir Kadeem Bruno) who is taken in by his grandmother (Octavia Spencer) after the death of his parents. Just when he starts to find his new life tolerable, he’s approached by a strange woman who tries to lure him away. His grandmother explains that the woman was a witch — witches, you see, live covertly amongst us with the express purpose of finding children to curse. Surmising that they’ll be safer in hiding, the grandmother takes them to a fancy hotel where her cousin is the chef, and where they stumble upon none other than an annual reception gathering witches from far and wide under the direction of the Grand High Witch (Anne Hathaway). Through witchy shenanigans, our protagonist is turned into a mouse alongside another kid from the hotel and they must set about trying to defeat the witches.

This new version of The Witches is set in 1968, in the heat of the civil rights movement and in the South, to boot. Zemeckis and his co-screenwriters (Kenya Barris and Guillermo del Toro) have opted to make the protagonists Black and the witches white, an interesting idea that ultimately winds up being little else than perfunctory subtext. The setting instead allows Zemeckis to indulge in his love of retro Americana and Motown needle-drops — just about the only time the director’s hand is felt on the entire godforsaken thing. (The main character does the narration as an adult and is voiced by Chris Rock, who brings about 125% of the misdirected energy required for a pretty by-the-book voiceover role.) With a line-up of screenwriters like that, one can’t help but think that we got the dullest, most generic possible version of this particular story — surely Barris and del Toro’s visions held something other than flatly-lit CGI mice having bouncy shenanigans?

A certain poetic sense of the grotesque is something that’s intrinsic to pretty much all of the work of Roald Dahl, but it’s also something that has proven pretty hard to translate to the  screen. No sweat – this version of The Witches does away with anything potentially dark or upsetting and adds a dance-along to “We Are Family” (amongst other indignities). Even the witches, an integral part of a movie called The Witches, you’d think, are treated as an afterthought. For starters: there’s really only one witch, for what it’s worth. Hathaway isn’t given that much to do with a character that is, at the very least, admirably hammy. Though I’m a fan of the go-for-broke comic performances Hathaway has given in the last few years, none of them have required half her face to be covered in a herky-jerky CGI mouth that does most of the heavy lifting.

I already hear the dissenting voices — it’s for kids! Let kids be kids! Kids are stupid morons who will watch anything and we should judge their movies on those metrics! I’m not here to police what CGI junk you’ve decided to park your kids in front of. In fact, the hand-animated junk I grew up on is almost certainly just as bad, and they’re never going to stop making banal, surface level entertainment for kids. When something with promise like a version of The Witches directed by Robert Zemeckis turns out to be bog-standard, screensaver-level kiddie fare, it’s not that surprising — but it still sucks. Kids deserve better than this version of The Witches, even if it means coming out of it very slightly traumatized. ■

The Witches is available on VOD as of Friday, Dec. 25. For more details about the film, please visit its IMDB page. Watch the trailer below: 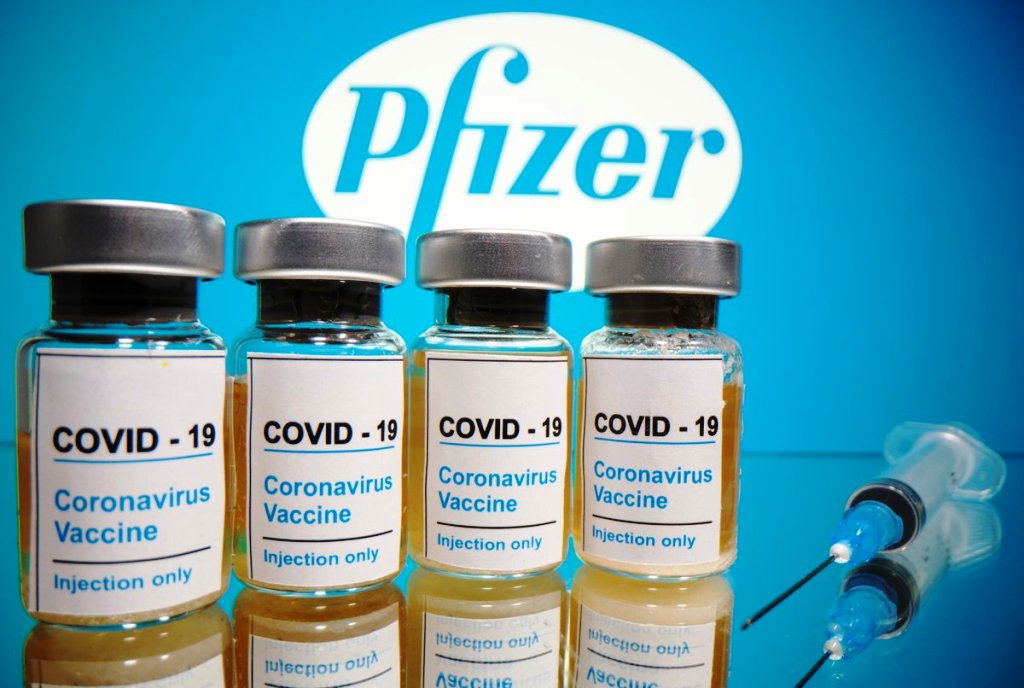 Pfizer believes it will be able to “catch up” by the end of March.

Negotiations with delivery services in Quebec have yet to produce results.