A lot of ink has been spilled on the n-word debate in Quebec this past week. Too much ink. Sometimes we spend so much time debating whether we can say something, we forget the real focus should be on if we even should.

I live in a province where a small town recently changed its name from Asbestos to Val-des-Sources. Town residents no longer wanted to be connected to a toxic material that causes cancer. They understood that there are some words you don’t need or want to be associated with.

There are words that are far more toxic. For some people, these words cause deep harm, intense trauma; they are pregnant with history and humiliation. They make some people feel unwelcome, unsafe, marginalized and small. They make them feel like the person uttering them considers them less than human. The n-word is such a word.

La Presse columnist Patrick Lagacé wrote a good mea culpa of a column about the controversy. After using the n-word on radio and initially failing to understand its weight, he sat down with Renzel Dashington, one of his harshest critics from the Black community and listened to their point of view. He also listened to other interviews where that point of view was respected and treated as the valid and educated position that it is, instead of a “radical,” “militant,” “opposing view.” Equally important, he listened to his teenage son, who told him he didn’t agree with him and why. And because Lagacé represents the average compassionate Quebecer that I know, he finally conceded that he didn’t know what he didn’t know. That, in turn, made it easier for others to also acknowledge they had been too busy resisting instead of listening.

But, as much as I sincerely appreciated his column, I couldn’t help but wish that so many people didn’t have to repeatedly engage in so much exhausting emotional labour in order to convince others of their humanity and for folks to understand why certain “debates” simply aren’t worth having. Social progress is always frustratingly slow, and it demands the constant heavy lifting of activists who are forced to do the grunt work to explain, educate and help inch public opinion forward. Advocacy for any social movement is exhausting and painful work, because it requires that advocates provide personal and intimate proof of why feminism matters, why rape culture exists, why acknowledgment of systemic racism is important, why the n-word comes with a weight only some people can understand. It requires the heavy toll of constant repetition and patient re-education on public forums, where you are left exposed to vicious attacks. Social activism requires you to bleed so others can finally see the trauma.

A price is exacted for social progress

By the time the average public finally understands that something isn’t acceptable, by the time the needle of progress moves even a tiny bit, activists have been steamrolled and called every name under the sun, their motives scrutinized, their point of view ridiculed, their tone deemed disagreeable and hostile, their position an affront to the average “well-meaning” person who “means no harm.” After all, no one is as offended and resistant to criticism as the person who considers themselves progressive and an ally to progressive causes. By the time tiny advancements have been made, activists have sacrificed peace of mind, social capital, possible work contracts. There is a price to pay for social progress. And it’s never paid by the mainstream columnist who finally concedes they failed to listen.

This isn’t about Pat. I commend him for being humble and courageous enough in this polarizing climate and these often-huge ideological divides to change his mind and admit that he was too quick to fight for his “right” to use a racial slur. He, too, is playing a vital role in moving this debate forward. But I also know many activists doing all the heavy lifting, fighting this fight for years, who are rolling their eyes at the insults they had to endure only for some to now get the enthusiastic accolades of their peers.

Black advocates and community organizers are routinely seen as abrasive and angry for pointing out things that make the white majority uncomfortable. In this province, where many other linguistic and cultural dynamics and political agendas are in constant play, they are also often seen as anti-Quebec and anti-white. I want to particularly salute the Black women involved in this fight because they are often vilified without pity because misogynoir is very real. They are often forced to walk this tightrope of social acceptability and restraint while fighting for social progress and their own humanity. And for what? For simply sharing their truth and their lived reality?

I have always found it exasperating that it’s only when we debate social movements — civil rights, women’s rights, reproductive rights, human rights — that extensive knowledge of something is seen as a liability, as a bias. A Black person telling us that the n-word is deeply offensive and hurtful is perceived as the highly emotional and subjective opinion of an activist, while a white pundit’s opinion defending freedom of speech at all costs and to the detriment of someone’s humanity is seen as neutral and impartial analysis. Proximity to a subject is seen as suspect, while detachment is seen as “academic” and “cerebral” impartiality. What if, as a white pundit, you aren’t neutral and unbiased because the n-word doesn’t affect you, but handicapped and limited by that reality?

Imagine a panel on aviation legislation where a pilot or an aerospace engineer is seen as biased because they have intimate knowledge of the subject matter! Imagine them debating some random dude off the street who can’t fly a plane or knows zilch about mechanics telling them that his opinion is of equal value because he’s entitled to his “right” to opine about how to fly a plane. (Yes, I know we currently live in a world where anti-maskers with an hour of Google searches under their belt are supposed to know as much as scientists and healthcare professionals, but indulge me for a minute while I go down this path.)

What if we organized an all-male panel to discuss women’s reproductive rights? Would that strike you as odd, unfair, biased and of extremely limited value? Why are all-white media panels discussing the n-word or racism deemed acceptable? What about an all-English panel in western Canada where they all “debate” language legislation in Quebec and they all concur that Bill 101 is not necessary? That panel’s “democratic consensus” would be just as fair and accurate a reflection of reality as the letter signed by 579 University of Ottawa professors supporting academic freedom, which included 0.5 per cent Black professors. When you’re fighting for what you consider “common sense” majority conclusions, remember that those are always shaped by a predominantly white majority — mass media and academia included.

Being open to change

In terms of academic freedom, do I need to say the word “k*ke” to teach about the Holocaust, or can I safely presume that my students are smart enough to connect the dots without racial slurs? People can and should evolve. Language and the norms of public decency should, too. One can insist that we have the right to say all words, and one can debate to infinity the right to, but isn’t the real question: should we?

I don’t think even the most ardent defenders of not using the n-word are advocating for censorship and I certainly know no one who defended doxing or intimidating that professor. But I also decided long ago that some debates are simply not worth having. Especially when they involve debating someone’s humanity.

Engaging in navel-gazing exercises in privilege about whether we should be able to use a hurtful racial slur while people are pleading with you not to is pointless — and most of all, deeply lacking in empathy.

“We’re all paintings… the paint don’t dry till we die,” says rapper and occasional philosopher Kanye West. What he means is that we’re all works in progress. We can all change and evolve.

But that place of redemption, reconciliation and respect eventually appears when we listen to each other. It’s how social cohesion and peaceful coexistence take place in society. We become better and more inclusive as a community when we listen to one another. It’s just deeply unfortunate that social progress always requires the blood, sweat and tears of the people directly affected. It’s just a shame it always takes so damn long. ■

The Parti Québécois has received the most donations this year, and is polling in last place. 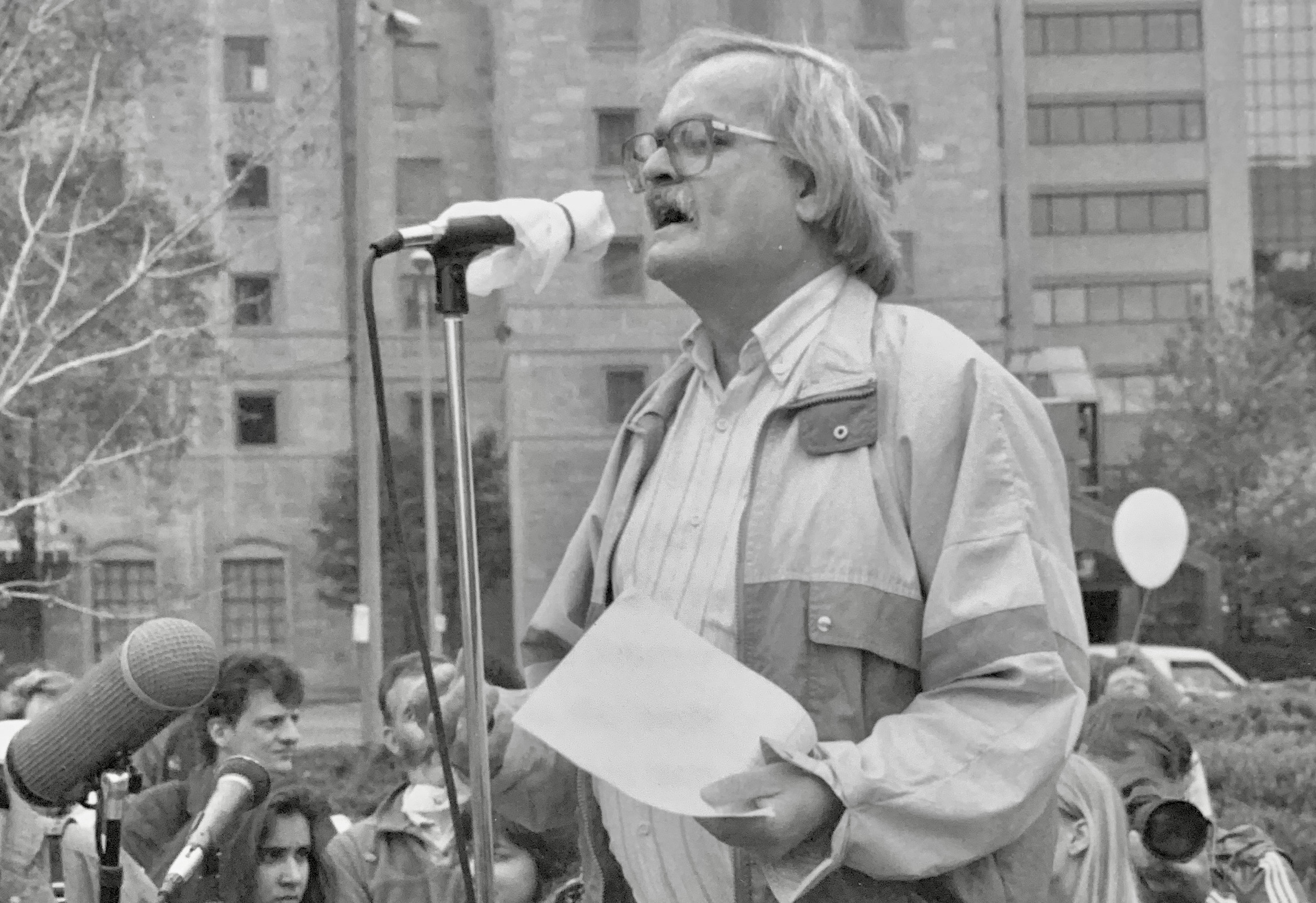 The N-word debate in Quebec has resurfaced after a CRTC ruling criticized the use of the word by Radio-Canada in relation to a well-known Quebec book from the 1960s, despite its author’s eventual denunciation of what he once stood for.