This past Saturday, La Presse published an agitated opinion letter written by Marc Sylvain, a former Montrealer who left for the greener pastures of Mascouche. “Montreal, I’m leaving you!” the headline yelled angrily. Marc quickly went on to explain all the reasons why our fair metropolis had betrayed him and why he was abandoning us for the perfection of an off-island suburb.

The letter quickly went viral because it was the perfect clickbait. If you agreed with it, you shared it. If you disagreed, you shared it even more. Marc’s departing opus had all the snippy attitude and angry bitterness of a break-up letter written by a jilted lover who’s finally slamming the keys on the kitchen countertop and walking away after having given far too many chances (and the best years of their life!) to an abusive, narcissistic partner who never really deserved them to begin with.

Marc, his letter tells us, used to own real estate property in central Montreal for 21 years and, in fact, left the city 12 years ago, but was having such a phenomenal time in Mascouche, he only now got around to writing a letter about the reasons why.

Car dependency takes down another one

Was it our violent crime rate? Out-of-control air pollution? (Nope. Montreal doesn’t have those). A severe shortage of gorgeous green spaces? (No shortage, and only adding more). Too many festivals and fun happenings keeping him up nights? (We certainly have plenty of those!) Astronomical real-estate prices? (They’ve skyrocketed, but still very affordable in comparison to other Canadian cities.)

Nope. Marc tells us he left Montreal because (and I quote), “If I wanted to go to a restaurant or the movies, I would go around in circles trying to find parking for the required time. Not to mention how expensive parking is.” Marc basically left Montreal because it didn’t cater to his car dependency.

I feel bad for Marc because in all the years he lived here apparently no one liked him enough to tell him about our top-secret metro system that literally connects the city — and its most popular landmarks and destinations — from one end to the other. As much as people like to whine about our public transit (and God knows we can always improve on it), it’s actually pretty good, so much so that a Sustainable Cities Mobilities Index, which evaluated North American cities for their public transit, placed Montreal as one of the top cities on the list for ease of use, rider connectivity and general upkeep. We also have Bixis at every corner, taxis, Uber and Communauto when you need it. But since Marc never got out of his car, he probably doesn’t know any of that.

Marc tells us that, due to a frustrating lack of parking right in front of wherever he happened to be going and how he was always stuck in traffic with people just like him, he got into the habit of driving to the suburbs where there was free parking to catch a movie or grab a bite. No information was provided about how much time and gas he spent doing any of that.

This column really isn’t about Marc. I hope he and his car will be very happy in Mascouche. This column is about the sense of entitlement and tunnel vision some Montreal drivers seem plagued by, which always manages to astound me. Some drivers seem incapable of understanding that just because you own a vehicle, doesn’t mean you must drive it everywhere you go. And if you stubbornly insist on doing that, it doesn’t mean you’re entitled to free parking or parking right in front of your destination or even traffic-free driving, for that matter.

Also, people complaining about construction. Why? We’re in the middle of unprecedented road infrastructure improvements. Could better coordination be managed between road projects while it all unfolds? You bet! But Montreal drivers can’t complain about the by-products of construction projects that aim to improve what you’re complaining about!

Marc tells us he misses nothing about Montreal and that he was ashamed by the state of our roads when his American friends would come visit. Ashamed is a bold word. His friends live in a country where thousands of people go bankrupt every year because they have the misfortune of getting sick without adequate health insurance, where mass shootings are as common as squabbles over “Bonjour-Hi” are here, and where an incompetent man rose to the presidency fuelled by nothing more than nepotism and daddy’s money. I’m sure your American friends can handle a pothole or two when they’re finally allowed to re-enter our country.

Let’s talk quality of life. People fail to appreciate the psychological, emotional and physical costs of longer travel times. And don’t just take my word for it. “Someone with a one-hour commute in a car needs to earn 40 per cent more to be as happy as someone with a short walk to work. Researchers found that if someone shifts from a long commute to a walk, their happiness increases as much as if they’d fallen in love,” according to an article in Fast Company.

Listen, I know what it’s like to be addicted to one’s car (I used to be Marc, minus Mascouche) and not want to give up driving, despite all indications pointing to other, easier solutions. But when I did, my life improved tenfold. I saw my stress decrease, my blood pressure dropped, my expenses plummet and I kept arriving at my destinations early, that’s how used to factoring in looking-for-parking time into my commute I was!

It’s ridiculous for Montreal drivers to expect that you can live in a high-density urban setting with millions of people occupying precious and limited space to share, in a world that needs to increasingly shake off its dependency to high-polluting modes of transportation and expect that somehow the city’s focus should be how to accommodate you and your need for free and easy parking.

I’ve seen how business owners react to the city eliminating parking spots to free up space for the rest of us, and it’s frankly off-putting and based on assumptions. This silly notion that it’s only drivers who are going to Montreal restaurants or buying at local stores or propping up local businesses needs to stop. It’s classist and it’s backwards and it does not reflect today’s urban reality. Many younger people who choose not to own or drive a car are not poor or lacking in resources.

I’m not saying some projects couldn’t have been handled better or with more input from those affected, but merchants can’t even give the projects a shot? I find that unfortunate. Particularly when there are plenty of studies showing that street pedestrianization increases foot traffic and sales. And it’s important to remember that cyclists, pedestrians and public transit users equally contribute to road infrastructure like Montreal drivers do, contrary to popular belief. I really don’t understand this sense of angry entitlement, other than acknowledging the fact that we were raised in a car-obsessed society and don’t know how to let that go.

Cities are about more than cars

Montreal isn’t perfect (what city is?) but reducing a city’s appeal and quality of life to parking spaces and taxes, while completely ignoring its culture, its cuisine, its glorious waterfront, its green spaces, its joie de vivre, its low crime rate, its walkability, its diversity, its affordability, its festivals, its sense of community and creativity, is to have a very narrow view of what makes a city desirable. But that’s what often happens when your view is limited to one behind the wheel.

Marc ends his letter on a particularly petty note. “Amusez-vous en ville, les malades!” he triumphantly yells at us as he takes one last look behind him and sets all his bridges on fire.

Suburban cookie-cutter lawns that constantly need mowing, big-box stores selling the same mass-produced products, Tempo-riddled driveways, chain restaurants with generic menus and watered down “ethnic” food are not for me. But I would never write a letter saying, “So long, South Shore suckers!” and send it off to be published.

I’m not sure where Marc’s anger comes from. City-living isn’t for everyone, and some people are willing to deal with long commutes for the privilege of having a huge backyard and a two-car driveway. To each his own, I say, and I can certainly understand children, mobility issues, finances and the need for more space as valid considerations for some.

But if you’re addicted to your car, or you desperately need more square footage for your buck, you’re inevitably going to be frustrated living in the city. That doesn’t make the city bad. It makes you a bad fit for the city. ■ 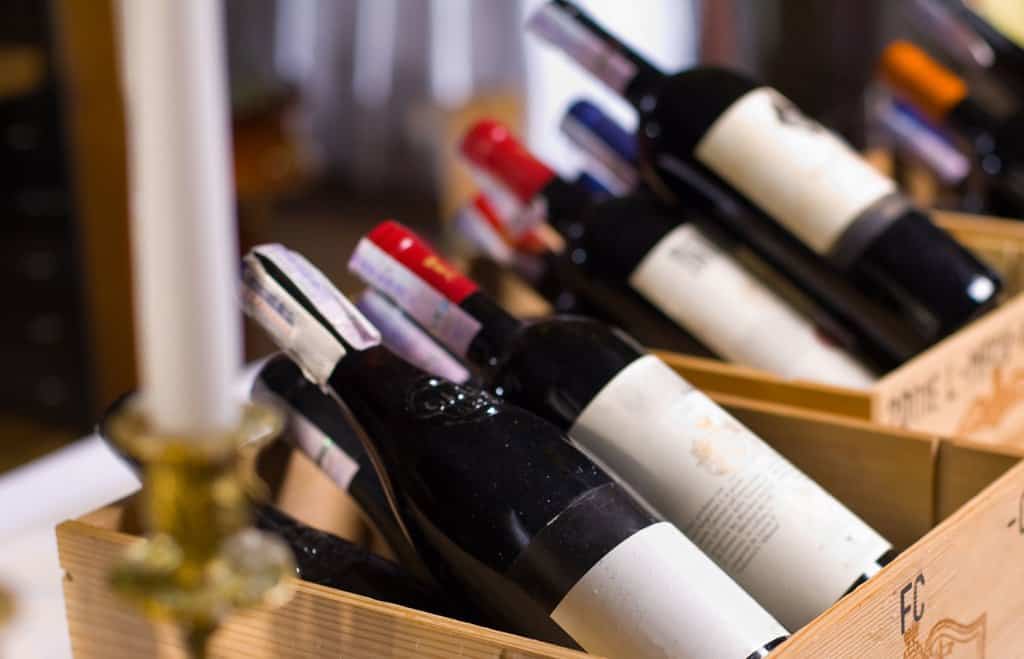 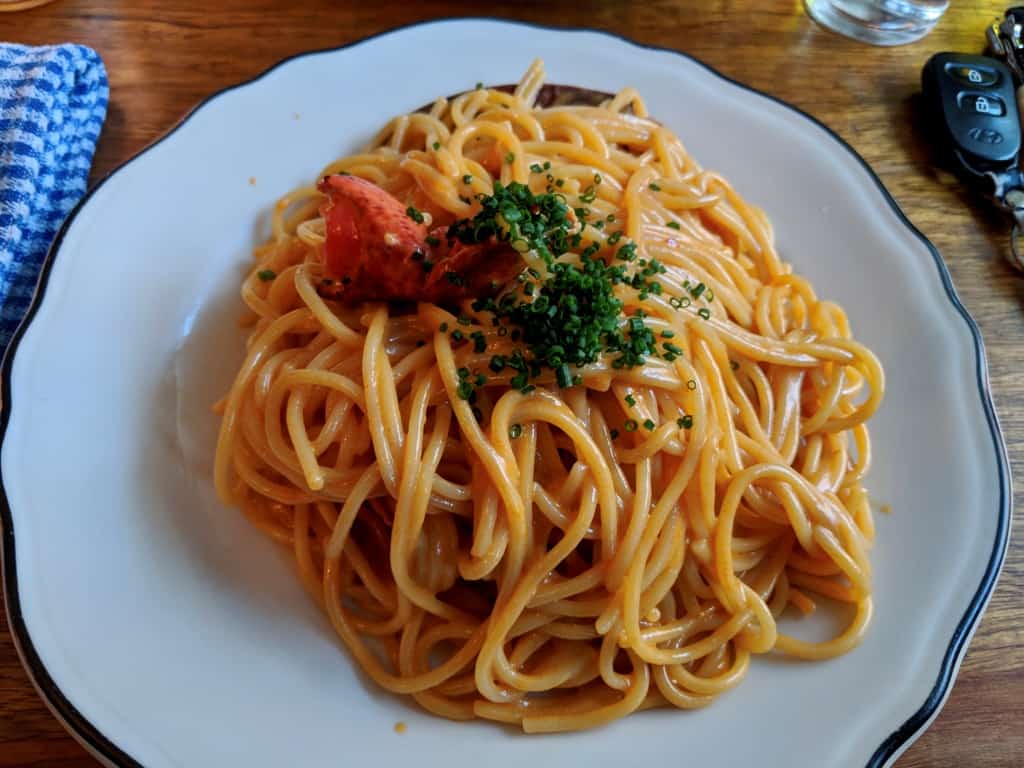