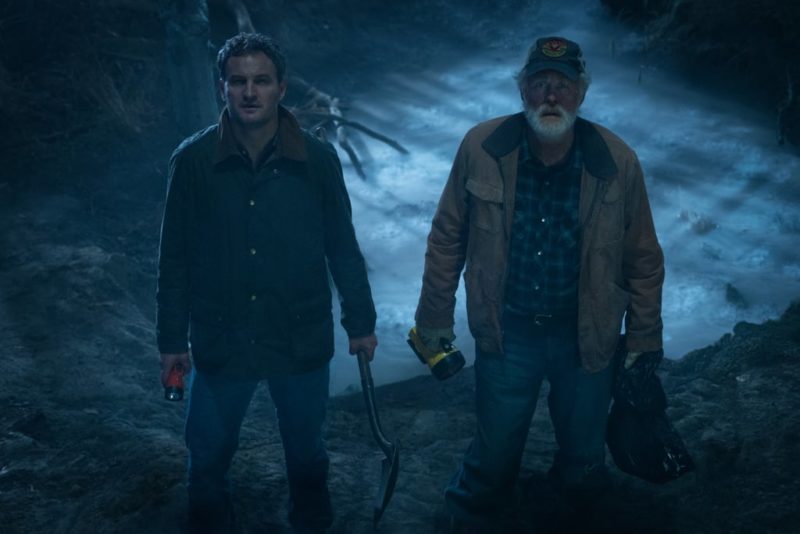 At the heart of Pet Sematary is a family in crisis. A husband and wife have relocated their nuclear family, plus their cat Church, to the countryside. Almost immediately things start to go awry; old wounds open up and new tensions emerge. The house, meant to be a refuge from the pace of the modern world, feels like an anchor for grief and despair. When their daughter’s beloved cat is hit by a car, the friendly widowed neighbour suggests they bury Church in the “Pet Sematary” and things go from bad to worse.

Like most studio horror, Pet Sematary gets some things right and a lot of things wrong. It is a film about parenthood and figuring out how to teach your children about death when you maybe haven’t even grappled with what happens after we die. While their oldest child is nine, it is quickly apparent that neither Louis (Jason Clarke) nor Rachel (Amy Seimetz) have even properly discussed their respective feelings about death with each other.

Pet Sematary might take full advantage of its 18+ rating, featuring a lot of gore and swearing, but there is still something infantile about the film. The kind of glossy look of the movie, matched with the studio ideal of not rocking many boats, means that a lot of the film’s exploration of death remains superficial. While attention is brought to making sure that a resurrected Church is a truly unnerving animatronic, a lot of the film’s locales and atmospheric quirks are created with very obvious and weightless CGI.

Pet Sematary’s final act especially and egregiously leans heavily into these glossy superficial images, while also adopting a strangely slapstick aesthetic. The movie is front-loaded with strong, organic and disturbing images of death; a young man hit by a car and flashbacks of Rachel’s sister suffering from spinal meningitis are pointed and often horrifying. Yet, they are easily forgotten once the movie makes its final and inevitable turn for the worse.

The glossy unintentional comedy of the final act similarly offers no closure to the character’s or family’s arc. Some crucial changes to the original text are baffling, as they lead up to a fairly nonsensical thematic conclusion. The film’s final shots don’t make much sense at all, and rather than be haunting are needless and illogical.

The frustrating dumbness of the movie’s conclusion amplifies its flaws. It showcases how lifeless Jason Clarke’s performance is. While he can be good in supporting roles, he rarely makes a memorable or convincing lead. The film’s various dream-like sequences are sillier in retrospect, especially an echoed ghost voice that might be easily forgotten except it pops up again and again.

The movie has some strengths, notably a really fantastic performance from John Lithgow and great production design. The two homes in particular feel very lived in, encroached and crowded with forestrial design elements. As the film goes on, the line between the interior and exterior world breaks down and so does the line between the living and the dead. The movie isn’t a dud as much as it is undone by some bewildering decisions in treating its climactic events.

Pet Sematary is about average for a studio horror film. It takes calculated risks and leans towards the familiar. It is not awful by all means, but fails to probe deeper than surface levels either. Unfortunately for horror, being a shade above mediocre is often far worse than being balls-out awful. ■