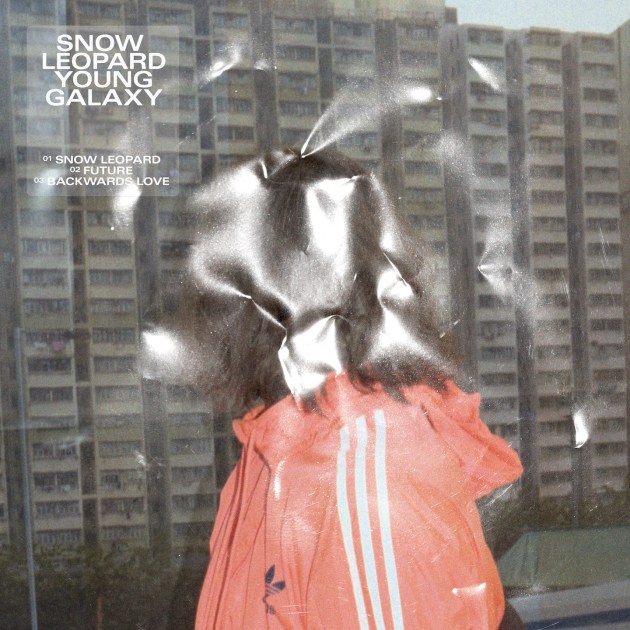 Young Galaxy, one of Montreal’s best and best-loved bands, is going on indefinite hiatus.

On Monday Sept. 24, the band announced its most recent offerings — an EP titled Snow Leopard and a video for one of its tracks, “Future” — over at Gorilla Vs. Bear.

The same post included a statement from Catherine McCandless and Stephen Ramsay which announced and explained the decision and included poignant sections on collaboration, transformation, experimentation and regeneration. While I’m rhyming, there also a bit about “prescribed music industry limitations.”

For now, Snow Leopard exists as the last piece of Young Galaxy music, a bookend to 2007’s self-titled debut and simultaneously an artifact of how much the band’s sound has evolved since its beginnings. The distance between 2009’s Invisible Republic and 2011’s Shapeshifting — and subsequent releases — is better measured in light years than Gregorian or Julian years.

Shapeshifting was the band’s coming-out record and a harbinger of things to come. The first of several collaborations with producer Dan Lissvik, it saw the band abandoning (renouncing?) its previous sound and replacing it with something infinitely more dramatic, synthy and sexy. Follow-up records Ultramarine (2013), Falsework (2015) and Down Time (2018) built upon this sound, taffy-pulling it in various directions and, when appropriate, stripping it all the way down to the bone.

Reached for comment, Ramsay sent me a 895-word email, the gist of which was that he and McCandless have evolved as people, as artistic collaborators, as a couple and as parents, and that the choreography required to keep all of those things in proper working order required rethinking.

“Traces of all of the iterations of the band are still present in the place I have to go when I work on the project,” he writes. “Sometimes I’m proud of the trajectory, or I’m amused by the artifact. More often than not though I find myself wanting to create a new space without history, without context. Catherine and I, as a married couple, have lived with the project as central to our lives since 2006. Now we have children, the demands of the project have changed. The kids are essentially in the band. No plan is made without considering how it will affect them.”

“This decision was reached because we feel like stopping the project means we can take a step back, articulate what kind of artists we want to be going forward, and actually listen to and support each other in the creative impetus. To communicate as artists again, not just parents, partners and members of Young Galaxy. We suspect it will reinvigorate us, will excite us, will allow us to reach beyond the limitations of the band.”

The band’s statement in full, as first posted by GvB, is below.

“Young Galaxy has been the singular site of all our creative coordinates since 2006. Generatively, as source, as the conduit for all our content, and as the bloom of each album cycle, it is the flower we have presented to all those who want to listen, see, and appreciate.

YG has had a linear movement until now with Stephen and I as it’s central driving force. And to satisfy our need to change and be challenged, each album bloomed differently than the last with loved and varied people to help present it. But now the two of us see that it is a matter of survival, personally and creatively, that we transform our singular process from its linear movement to multiple processes / branched movements.

Young Galaxy will go on hiatus so that we can go inside, stir it up, and regenerate. There will be many more Ramsay and McCandless blooms but they will have new and varied origins, conduits, and presentations. We both wish to focus on solo work, interdisciplinary collaborations, and ways of presenting content beyond prescribed music industry limitations.

Most of all, we want to thank you, the fans, for your support. To all who have listened, come to our shows and kept in touch, you have truly been the reason we have continued to love doing this and believe in it, through the ups and downs of these past 12 years. Thank you again.

We will have lots to announce in the coming months. We will see you soon.

Young Galaxy’s Snow Leopard EP will be released Friday, Sept. 28; you can stream its title track and/or pre-order it here if you are so inclined. ■