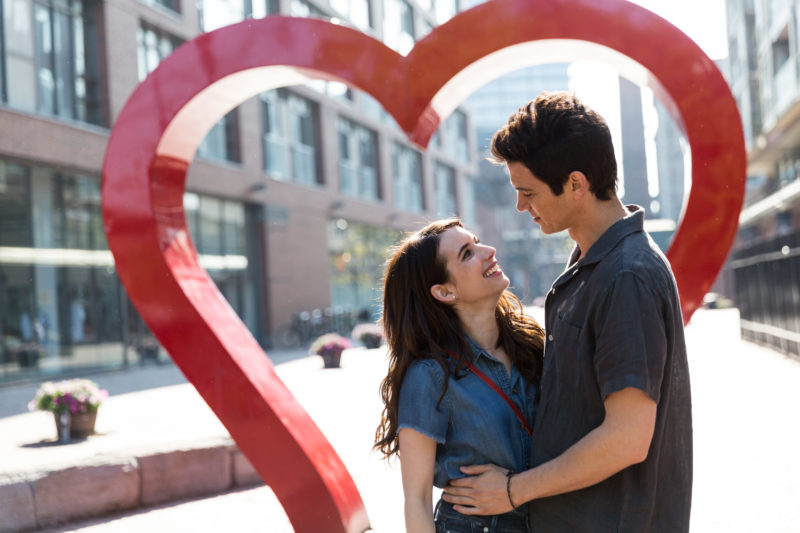 Steve Galluccio has a style. The Montreal-born-and-based screenwriter is probably best known for his play and movie Mambo Italiano, a rom-com set in the world of Italian-Canadians that he grew up in. Many of his subsequent works have been in a similar vein, but his new film Little Italy (directed by Donald Petrie) takes its inspiration from the most famous romance of all: Romeo and Juliet. Still, Galluccio balks a little at my assessment that the film is old-fashioned.

“Old-fashioned in the way that it’s a classic rom-com,” says Galluccio. “When Vinay — the co-writer and producer — pitched me the story, I thought, ‘I want to make a sort of Moonstruck with pizza.’ I think that’s sort of the feel that we get, but I wouldn’t call it old-fashioned. I would say it’s a classic romantic comedy like we haven’t seen in a long time. That’s the type of movie that I like. I know that the trend right now seems to be horror movies; they seem to be taking off, but that’s not my style.”

In an unnamed North American Italian neighborhood (played by Toronto) sits the most famous and beloved family-run Neapolitan pizzeria. Best friends Sal (Adam Ferrara) and Vince (Gary Basaraba) each put their long-running family traditions in the mix: sauce from Sal’s mother (Andrea Martin) and dough from Vince’s father (Danny Aiello). The pizzeria is a warm and inviting place for years until a mysterious feud drives the friends apart, forcing Sal and his wife Dora (Alyssa Milano) to open a competing place next door. This quarrelsome climate (albeit one tempered by the still-friendly relationship between the two wives — and the blossoming romance between the elderly parents!) is the one that Nikki (Emma Roberts) escapes from by moving to England to study cooking under the great Chef Corrine (Jane Seymour) leaving her family and best friend Leo (Hayden Christensen) — Sal’s son — behind. When she has to return to Little Italy to fix some visa business, Nikki falls right back into the comfortable grooves of the family feud — and into the arms of playboy Leo, who still works for his father but entertains hopes of opening his own place.

Galluccio co-wrote the script from an idea by actor/writer Vinay Virmani (Dr. Cabbie) — somewhat surprising considering how up Galluccio’s alley the material is. (There is an Indian element to the story, however; one of Vince’s employees is a young Indian man played by Vas Saranga.) “Vinay contacted me through Twitter,” says Gallucio. “He was a really big fan of Mambo Italiano, which must’ve come out when he was a kid, because he’s much younger than me. (laughs) He’s always wanted to work with me. He had this idea and tweeted me about it; he had this wonderful synopsis and I thought, ‘Yeah, I’m in!’ The way we worked is that I wrote the first couple of drafts, then Vinay took over before the director came in and we both sort of worked together — but from a distance, obviously. It was totally his idea. Italian culture and Indian culture, their strong sense of family — it’s very similar.” 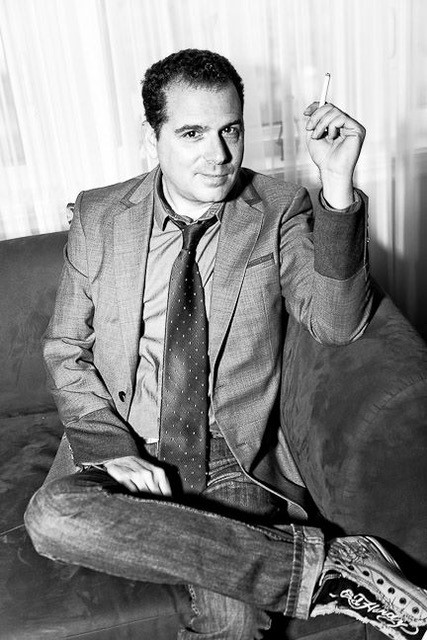 Little Italy is a comedy, and thus trades in some broad characterizations that have earned the film some suspect pre-release buzz over the Internet. (It certainly doesn’t help that the first poster released by the distributor had a distinct 2001 flavour; thankfully, subsequent posters have been more subdued.) It’s something that Galluccio has faced before — the idea that his characterizations of Italians are “too much.”

“I never think it’s too much, especially when writing about Italians,” says Galluccio. “As a matter of fact — I’ve said this in interviews over and over — if I were to write it the way it really is, no one would believe it. They would think it’s a caricature. In fact, the only time that anyone ever thinks my characters aren’t caricatures is when I’m being interviewed by Italians! They totally get that this is the way we are.”

Little Italy also serves as a love letter to pizza, but not just any pizza: the classic wood-fired, thin-crust Neapolitan pie. As it turns out, Galluccio is a bit of a purist in that regard.

“Being Italian, I guess I’ve been a foodie all my life,” he says. “Food has been such a big part of my life. We like to eat and we like to eat well. It’s very bizarre to us that, in North America, pizza is considered junk food. Of course, it’s junk food if you order it from wherever and it comes as this horrible, mushy-crusted thing with tons and tons of cheese and all that. But we know that pizza is thin-crusted, a little bit of cheese… it’s actually pretty healthy. It’s a nice little meal!

“I think what differentiates Montreal and Toronto from the rest of North America is that, while there was a wave of immigration in the 1880s, it wasn’t the biggest wave,” he continues. “The biggest wave came in the ’50s and ’60, which means we were able to have food and traditions that are much closer to Italy than a place like New York, where the immigration started much earlier. Everything has become much more bastardized, unless you go to a restaurant run by more recent immigrants. So we’re very lucky in that respect, especially in Canada where it’s easier to keep your culture.”

Ultimately, however, Galluccio hopes that the film will resonate with everyone.

“A romantic story is a romantic story,” he says. “It’s easily identifiable across any culture. That’s what happened with Mambo Italiano — you didn’t have to be gay or Italian to appreciate the movie. That’s why, I think, it was so popular. Another thing that I brought up with Vinay is that I really wanted to do something with a romance between two older people. I really like writing about older people — well, because I am old myself (laughs)! But, you know, it’s a love story. Rom-coms seem to be making a comeback, and I think it’s because of the climate we’re in. I personally like writing romantic comedies because that’s the type of movie that I like to see. As you get older, life is more and more challenging. I want to be entertained — I don’t want to be educated, necessarily. Give me something light!” ■