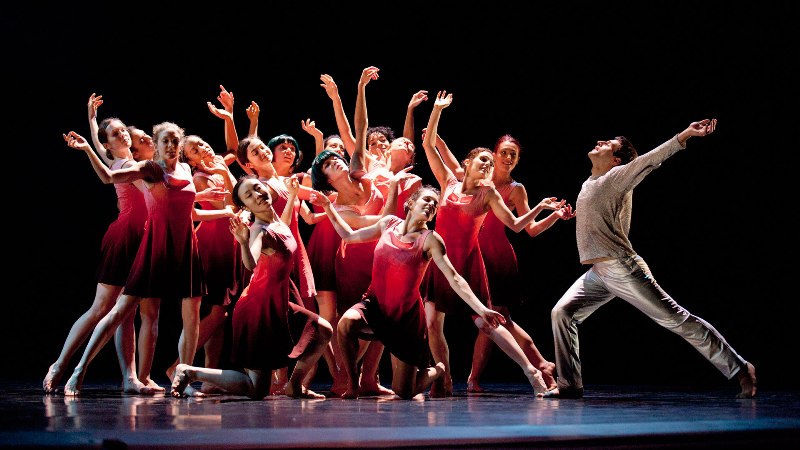 Mr. Ivan Cavallari, Artistic Director of the Grands Ballets Canadiens, recently announced the programming for his 2018/2019 season, a season that purportedly pays homage to “the Woman.”  It might very well seem timely to do so given the strong momentum of women-led movements such as #metoo, #timesup, #womensmarch etc. Mr. Cavallari may have observed the popular surge around these subjects when he decided to dedicate his entire season to the central theme of “Woman.” But without grasping the full depth and magnitude of these current social movements, does this simply count as condescension and opportunism?

Only one (actual) woman counts among the seven choreographers represented in this season’s programming – a season, mind you, that is dedicated to women. For one triple bill entitled “Femmes,” three men were chosen to create three pieces “on the inexhaustible theme of what it is to be a woman.” Once again, female choreographers are passed over even when the subject literally concerns them. When will men ever stop analyzing us, utilizing us, thinking they know what it is to be a woman, speaking on our behalf?

The language used to describe this next season is insulting, reductive and antiquated: “Ballet is a woman,” “Woman immediately evokes the mother, the life force, protection and authority.” In their next season, the Grands Ballets Canadiens will tell stories of carnal women; of female phantoms who have died of heartbreak; of hysterical, kidnapped, manipulated, cursed and transformed women; of mothers, muses. Gee, what an honour it is to provide these (male) choreographers so much material with which to create and express themselves! But whose truth is it really?

Yes, there is one woman on the roster (they needed at least one). Mr. Cavallari has nonetheless announced that Cathy Marston’s piece will be “irresistibly sensual.” So is there really no hope that women are to be depicted through the lens of our own values, our heroism, our differences?

Mr. Cavallari has missed a major opportunity to highlight the abundant talent of female choreographers and allow them to explore the issues belonging to them. He has even failed to take a minor risk and present progressive images of women to Canadian and Quebec audiences, audiences who are by and large proudly feminist.

There are a multitude of political, cultural, racial, religious and socio-economic issues at work that define and differentiate our society today. It is highly disconcerting that a company as renowned and well-loved as the Grands Ballets Canadiens has put such little effort into shining a light on the complexities of what might define women’s experiences today. ■

Émilie Durville is an independent dancer formerly with the Grands Ballets.