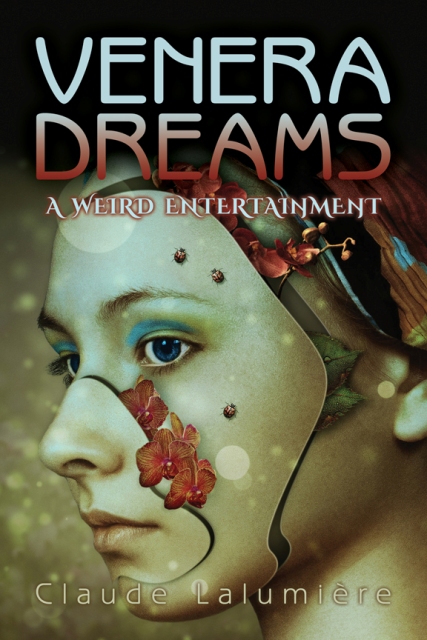 In Claude Lalumière’s Venera Dreams: A Weird Entertainment, a fantastical Mediterranean city-state where art and atavistic rituals flourish forms the backdrop for a series of surrealist tableaus. Assembling a range of short fiction genres between its covers, including mystery, historical fiction, superhero stories and erotica, Venera Dreams is a mosaic that pictures an alternate reality free from inhibition.

An author of genre stories and an editor of 14 anthologies, Lalumière is a pillar of the Canadian fantastic literature scene. Though he has not lived in Montreal for six years, he considers Montreal his home. We reached him over the phone at his home in Ottawa.

Matthew Rettino: What motivated you to write Venera Dreams?

Claude Lalumière: My first glimpse of Venera was back in 2006, the first time I went to Venice. I was on the vaporetto and suddenly a story started to come to me completely unbidden. It turned into “The Thirteenth Goddess,” the next-to-last episode in the book. Most of the imagery came from the day before, when I visited a place that no longer exists, the Erotica Museum in Venice [Museo del arte erotica]. It was this fascinating secret history — this lurid, secret history — of Venice. All that fed into my vision of Venera.

MR: Scheherazade, the storyteller of The Thousand and One Nights, features prominently in Venera Dreams, and so does the figure of Bram Jameson, a Veneran fantasy author. Was metafiction always part of your vision?

CL: The first piece I finished [for Venera Dreams] was “Vermillion Dreams: The Complete Works of Bram Jameson.” I wrote it on a writing retreat in the Gaspé back in 2008. I’d gotten a grant to work from the Canada Council. So I rented a small, isolated cabin with no phone, no internet, no anything, but I brought along a book, which was J.G. Ballard’s final memoirs. It’s called Miracles of Life. He was still alive at the time. I didn’t know that it was his final memoirs yet. But in the last chapter, I learned Ballard was dying of cancer. Ballard is really my favourite author and I was very deeply hit. As a result, in a homage to Ballard, I wrote in one sitting the complete first draft — like about 8,000 words — of “The Complete Works of Bram Jameson.” It went metafictional right there and then.

MR: Half the stories in Venera Dreams were published in other venues. When did you decide to assemble these stories together?

CL: I call this form a mosaic. It’s not a collection, it’s not a novel, it’s something else. It harks back to things like The Martian Chronicles by Ray Bradbury, a whole lot of Tanith Lee and The City of Saints and Madmen by Jeff VanderMeer. It’s the form in which I prefer to write. Because I’m at heart a short fiction writer, it allows me to work with a larger canvas, but still work within short fiction.

MR: Venera Dreams explores themes of storytelling, sexuality and gender. What did you want to express about gender dynamics?

CL: For Venera, I went for a really primal way for the genders to interact. There’s something very animalistic in how people interact both sexually and romantically. People don’t behave like they would in polite society here. I think I show that most explicitly in “The Thirteenth Goddess” with the detective from the mainland who’s a Catholic and can barely cope.

MR: How do you see the role of superhero stories today? Is there a difference between text-based superheroes stories and superheroes in comics and film?

CL: Every medium tends to birth a different kind of story. For example, superheroes in film tend to be much less nuanced. And they tend to lose one of the things that really makes them heroes, which is the altruistic mission. As far as I’m concerned, superheroes actually come from prose fiction. A lot of the source texts — and for that I think of Zorro, and I think of the Shadow and Gladiator by Philip Wylie — all of those things predate Superman. So, the current trend toward having more superheroes in prose is, for me, a mission to reclaim the superhero genre in the medium that birthed it. ■