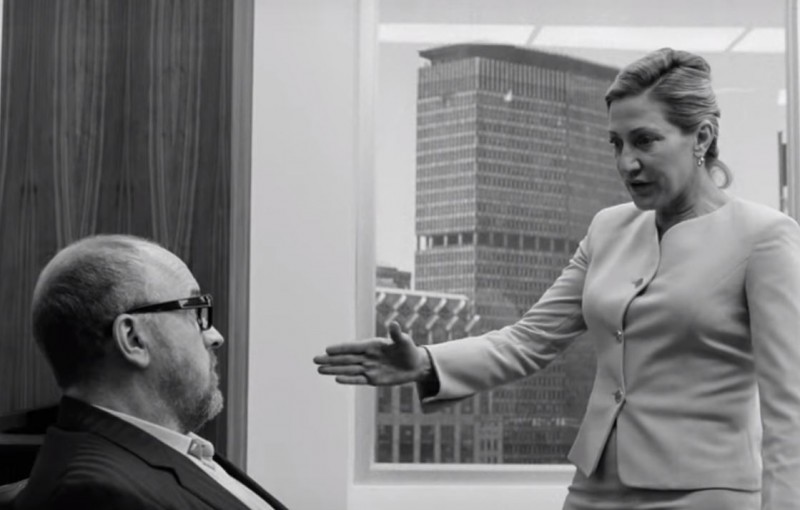 Louis CK and Edie Falco in I Love You, Daddy

It’s strange to write a review of a film you are quite certain your readers will never have a chance to see themselves. Such is the case with I Love You, Daddy, the feature directorial debut of Louis CK, the stand-up comic who has crashed and burned since a New York Times story outed him as a guy who’s behaved in some extremely creepy ways with female colleagues. The Nov. 9 exposé led to his acknowledgment that the story was true, and retribution followed, including the end of all distribution plans for the film and the removal of many of his TV shows from streaming platforms.

The scandal, of course, is but one of a growing number since Harvey Weinstein was brought down by the horrific stories coming from dozens of women who have described a repetitive pattern of abuse that included rape, harassment and gross indecency. This has led to a massive period of collective reckoning and a bunch of intense questions. Why did so many look the other way, or even help to cover up, such actions by powerful men? How many women actually lost work because they wouldn’t put out? Can we have any sympathy for the devil? Can we separate the artist from the art? And isn’t there a spectrum of offence — for instance, should Al Franken have to resign while groper-in-chief Trump gets to remain in the highest office in America?

These questions have been running through my mind (and I offered up my own two cents) when, what should arrive on my doorstep but a DVD screener of I Love You, Daddy. This left me quite surprised, to say the least. The Orchard had purchased the distribution rights to the film at TIFF for $5-million, and now it looks like they’ll get nada for it. Why send out screeners to critics for awards consideration? It turns out the screeners had already left the shop as the scandal broke, so it was too late. I thought it would make for a fascinating and unique bit of criticism to watch the film and report back on CK’s strange shenanigans, post-scandal. Alas, in the great-minds-think-alike (or fools-seldom-differ) dept, it seems a small army of critics has had exactly the same bright idea that I had.

But what the hell. I mean, you’re dying to know what happens in this movie, right? If you’ve heard the synopsis, you know it sounds strange. Louis CK plays an award-winning TV writer/director who has a self-hating persona and who is a well-meaning-but-probably-subpar father (in other words, himself). His gorgeous, 17-year-old daughter is a wild child, and she soon takes up with a Woody Allen stand-in played by John Malkovich, a 68-year-old director who CK idolizes. This freaks CK out, and he spends much of the film telling his daughter there’s no way she can carry on with a man so much older than she is.

I can barely describe what an insane experience watching I Love You, Daddy is. To draw on some of the academic jargon I learned in grad school, it is both a shitstorm and a mindfuck. Louis CK sees everything through the lens of Woody Allen, someone he clearly idolizes (and who cast him in a supporting role in 2013’s Blue Jasmine). The film ogles Manhattan in black and white, while a sentimental retro musical score evokes nostalgia for a bygone Hollywood era.

The relationship between CK and his daughter China (Chloe Grace Moretz) provides moments that are intended to be revelatory about teen sexuality. When CK learns, cruelly through the grapevine, that his daughter is indeed involved with a man decades older than she is, CK insists that she is a child and cannot make such decisions. He argues forcefully that she has in fact been raped. China argues back that she has agency and that it is her right to make up her own mind about such issues. “He’s old and she’s a kid,” he says in an argument with another character in the film.

CK expresses moral outrage about such an age divide and portrays Malkovich’s character as a total perv. China explains that she bumped into Malkovich at the underwear section of a Manhattan department store, as that’s where he likes to hang out to look at beautiful young women trying on undergarments. Ralph actually confronts Malkovich at one point, blurting out, “Hey, did you really fuck that kid?” (Malkovich brushes off the question.) Now that CK is not being hired by anyone, I suppose it saves Allen from the anguish of having to decide whether or not to cast him again, given this salvo.

Scenes like these run throughout the film, leaving the viewer to wince and cringe in recognition at all of the scandals of the past two months. The power imbalances, the casting couch, the masturbation (and what is up with that?), the groping/assault of minors — it’s all here, folks. It seems as though CK was actually anticipating this moment of reckoning, and I Love You, Daddy was his attempt to reckon with all of it before his own scandal broke (the rumours of his bad behaviour had already been swirling for at least the past year). Of course, the conversations between CK and the other characters aren’t really actual conversations, they are discussions the writer CK is having with himself in his own head, seeing as he wrote all the dialogue. Are these scenes confessions, or are they justifications? 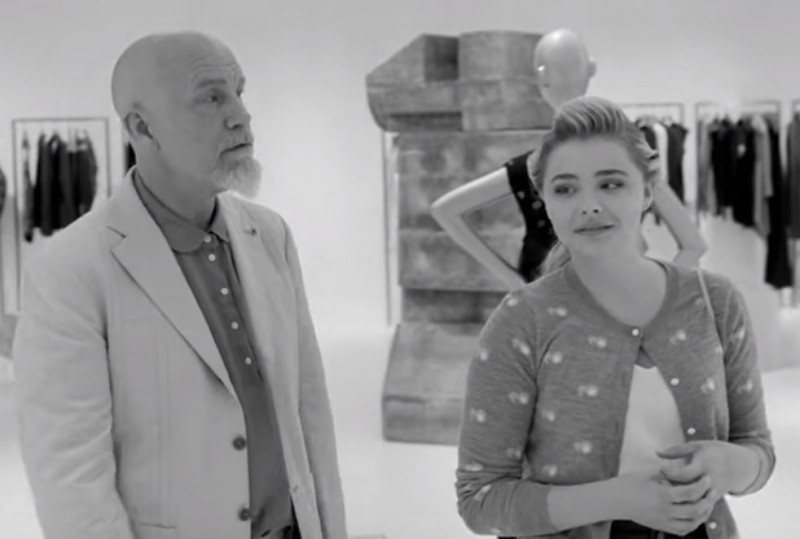 John Malkovich and Chloe Grace Moretz in I Love You, Daddy

If there is an Allen film that ILYD reminded me of most, it would be Deconstructing Harry. That was the film in which the writer-director acknowledged how entirely autobiographical all of his work has been, that he shamelessly recycles his own relationships into screenplay fodder and that he couldn’t possibly sustain a monogamous status if his life depended on it. Like Allen did before him, CK telegraphs to his audience that he hates himself more than anyone, so don’t even bother criticizing him.

It’s strange to consider how revered this film was, pre-scandal. When it took its bow at TIFF, it garnered raves and the cast and CK can be seen basking in the warm glow of intense adulation that often happens during post-screening question-and-answer sessions at the festival. Watching the film post-scandal is entirely different, especially its final moments. The Allenesque Malkovich actually does the right thing when China throws herself at him, rejecting her sexual overtures. (It’s yet another surreal turn, as the scene parallels the end of American Beauty, when Kevin Spacey does the ethical and moral thing by not having sex with the teen girl, despite her being eager and willing.) Meanwhile, CK gets immersed in a scandal in which he is wrongly accused of having made a pass at one of China’s pals.

I Love You, Daddy is probably never going to come out. Don’t hold your breath.