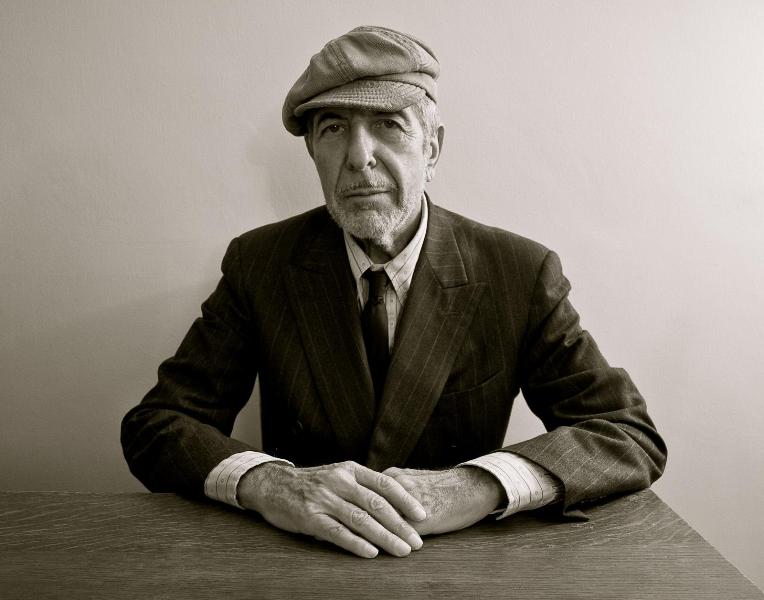 Montreal, QC- Local university student Michael, 22, is reeling after reportedly encountering three spirits late Christmas Eve, all of whom were Leonard Cohen encouraging him not to play “Hallelujah” at the open mic on Tuesday.

“It was so crazy,” said Michael, a philosophy major. “I had just come back from a rehearsal at Jeff’s house and we were sounding amazing,” he explained. “Even his aunt Shirley was impressed and she usually only cares about dogs,” he added. Anyway, I was in my room texting Jeff a reminder to pack extra lighters on Tuesday when a figure appeared at the foot of my bed,” he continued. “At first I thought it was my dad, but I realized pretty quickly this man was significantly cooler than my dad.”

Michael explained it wasn’t until the man spoke that he understood he was in the presence of a Canadian legend.

“His voice was unmistakable,” said Michael. “I don’t know how he knew my name but when he said it I just froze,” he went on. “I wasn’t sure why he was there — I figured maybe he had heard about my signature reggaeton-Celtic fusion rendition of ‘Hallelujah’ and wanted to experience it firsthand,” he remarked. “But as soon as I took out my bodhrán he just let out this really long sigh and said ‘Have you considered learning some jazz standards?’”

“I have no idea what he was trying to tell me,” marveled the NDG resident. “I was just floored that he was there in the first place. I was totally freaking out,” he continued. “So I went to get a glass of warm milk and practise some more. And when I picked up my Yamaha — I shit you not — Leonard Cohen was there again, sitting at my kitchen table.”

What happened next was incredible, says the young artist.

“I immediately launched into an in-depth analysis of what I believe the song means,” said Michael. “And all of a sudden Leonard Cohen silently slid a piece of paper across the table, which turned out to be a printout of the 2009 Rolling Stone article in which he asks people to stop covering ‘Hallelujah.’”

This is when he heard Cohen’s message loud and clear, he says.

“He was showing me my future,” exclaimed Michael. “I had always dreamed of being on the cover of Rolling Stone but in that moment I knew it was definitely going to happen.”

Michael says the poet laureate proceeded to fade out of view in the blink of an eye.

“I was disappointed I didn’t get to show him my cover of ‘Amazing Grace’ played entirely on pill bottles from the 1920s, but I was also just grateful for the experience,” he said. “At this point I was really tripping balls, so I decided to smoke a joint in my Civic. And this is going to sound totally nuts, but when I got in there, who was sitting in the passenger seat? Yup. Leonard fucking Cohen.”

According to Michael, the third encounter was brief but unforgettable.

“He was just sitting there and he looked — I guess some would say annoyed but I would describe it more as pensive,” he said. “I was about to invite him to the open mic — just to watch, because we’ve already worked out the harmonies — and then the trunk of my car just randomly burst into flames,” he went on, shaking his head, “which is unfortunate because my amp was in there.”

This would be his final visit from Leonard Cohen, says Michael, but despite the loss of his gear, there was nothing tragic about that night.

“Even though most of my equipment was totally destroyed and Jeff lost his voice that same night, I’ve never felt more encouraged,” he expressed. “I really hope Jessica is prepared to have her mind blown on Tuesday,” he added. “Honestly, this was a reminder that miracles really do happen — which is really what ‘Hallelujah’ is all about.” ■