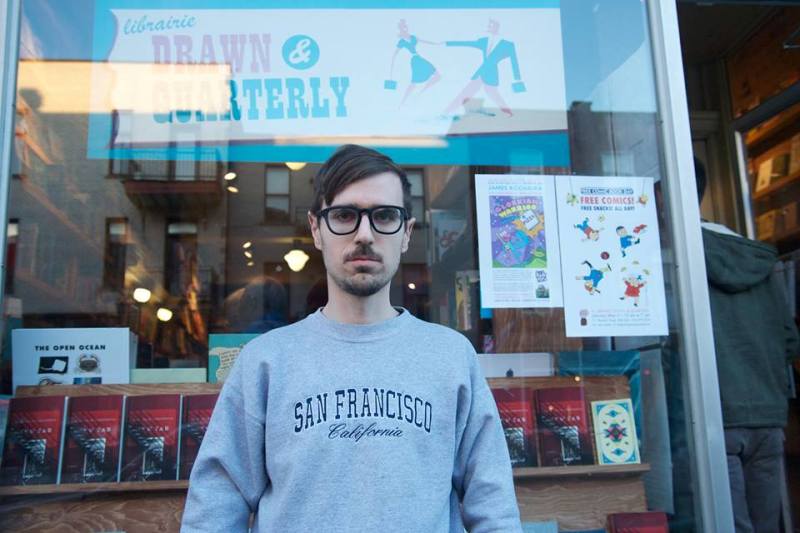 Alt-lit superstar Guillaume Morissette has an axe to grind. By the end of his latest opus, The Original Face, entire forests have been felled by it: from masculinity’s old-growth pines, to the whomping willows of baby-obsessed in-laws, to the wicked licking poison oaks of Silicon Valley.

It’s an angry novel. It’s a dark novel. It’s also a deeply funny novel. The story follows Daniel, a gaunt and gloomy “GIF maker” from Montreal. Daniel bounces from city to city — Montreal, Toronto, New York — in search of opportunity, jettisoning jobs and girlfriends if need be. The book mimics (to some extent) the life of Morissette, who returned to Montreal after a short stint in Hogtown.

“My dream job is not having a job,” remarks the perennially bankrupt Daniel. He dodges commitment like Tom Cruise in Top Gun, letting whizzing missiles of capitalism explode behind him, mid-air, bosses be damned. Daniel (already semi-successful as an internet artist) is on a mission to Make It™, and he’s prepared to suffer a poverty-stricken, gypsy existence for art’s sake. 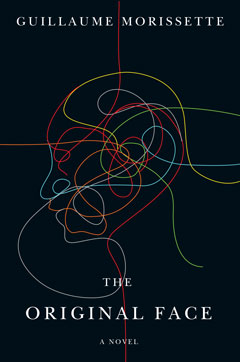 In the early chapters, he picks up his bindle stick and moves to Toronto, complaining that while he really likes Montreal, “it’s starting to feel like I’ve done everything that I needed to do here.” In a city notoriously bad at keeping homegrown talent at home, who can blame him? Daniel’s fictional move is preceded by plenty of Montreal artists’ actual ones: Richler (London), Arcade Fire (New Orleans), Cohen (Los Angeles), Dion (Las Vegas) the Wainwrights (New York), and all the other hometown heroes who decided Montreal, while cheap and adorable, lacked a certain somethin-somethin.

Unlike those artists however, the big city isn’t quite ready for Daniel. His time in Toronto is a tragicomic disaster: its art scene is a yuppie shit-show, while gainful employment is impossible to find. Colour me surprised that one of the only memorable Torontonians in this book is a — you guessed it — chinchilla.

Daniel is understandably bitter, but that bitterness gives rise to some of the book’s most hilarious (and poignant) zingers. Morissette is a Twitter-trained master of reductio ad absurdum and it shows — whether in the one-liners scattered throughout the book, the deliciously frequent in-jokes, the scathing satire of Silicon Valley, the high-octane SMS banter, or the personal branding advice he offers to ISIS. If you’re wanting to mimic Daniel’s professional self-sabotage, go ahead and read this novel while your boss is around.

Post-Toronto (and after visits to NYC and Newfoundland) Daniel returns to la Belle Province. It is here, in his descriptions of Montreal and his hometown circle of friends that Morissette truly shines — like a PGA tour pro making trick shots on his home course. Sharx, Exxxotica and the STM all get memorable shout-outs.

What about the characters? They’re largely female: Grace (girlfriend), Jane (space cadet/artist) and Eloise (internet acquaintance/art pimp) all serve as foils for Daniel’s uniquely “Montreal” brand of manhood. In his relationship with Grace, Daniel is largely submissive (“We both tended to say ‘I am sorry’ a lot… as if our relationship was a kind of BDSM in which the safe word was ‘sorry’.”) His relationship with Jane — described by another character as a “hot art babe” — has nary a trace of lust, and as the duo struggle through the Montreal art gauntlet, he treats her as his delightfully twee co-equal/confidant. As for Eloise, Daniel doesn’t mind her constant feminist provocations (“I don’t hate men, it’s just easier to assume that they’re evil by default.”) He’s duly rewarded when Eloise agrees to promote his art show— something she never does for male artists.

The gal-heavy relationship dynamics are refreshing and original, and so is the irreverent way Daniel plays with his own masculinity. Altogether, it makes Daniel a sympathetic character— despite his constant job-shirking and cringe-worthy cheapskate tendencies. Like refusing to pay for a game of bowling at a bowling alley. Come on, man.

The Original Face pits art against the triple-threat of geography, social mores, and capitalism. Is Montreal capable of sustaining its artists — or must everyone ambitious eventually move away? Why does everyone over 30 here want to make babies when they’re vehicles of wallet-, climate-, and art dream-destruction? What’s the point of generating “good content” for the internet — when any money it makes will eventually be vacuumed up by tech bros in Silicon Valley?

Morissette’s new novel is asking all the right questions — and the effort earns him a new set of literary chevrons. ■