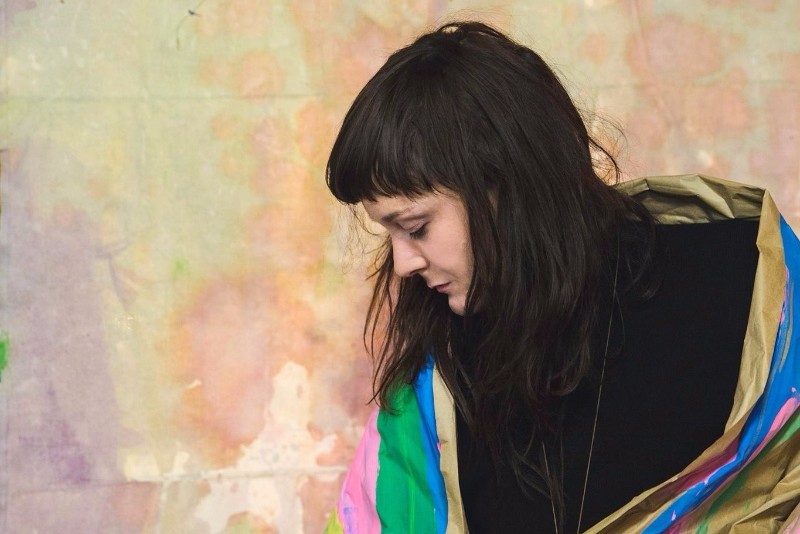 Although vastly different in a musical sense, there’s an unlikely similarity between A Tribe Called Quest’s vital 2016 comeback album We Got It from Here… Thank You 4 Your Service and Montreal’s own Land of Talk ending a seven-year sabbatical with the meditative Life After Youth.

In both cases, neither Q-Tip and his associates nor Liz Powell attempted to recapture past glories or awkwardly modernize their respective sounds. It’s as if they never stopped being their musical selves – only listeners weren’t privy to those missing chapters during those years away.

“It’s the ones we didn’t share with the public, they all happened privately,” says Powell.

A lot happened in the seven years between 2010’s Cloak & Cipher and Life After Youth: Powell became disillusioned with the industry, returned home to Orillia, ON, painted and worked at a bakery. Her father also had a stroke and used music to help in the recuperation.

“He would shut everyone out when he needed it most and go to his infinite playlist of classical, instrumental music and you could see it massage his neural pathways,” Powell recalls. “That was a big turning point for me – the moment where I realized music is a force that saves and heals.”

You could also say that Life After Youth took seven circuitous years to complete. There were demos locked away on GarageBand that Powell subconsciously kept to herself, waiting for the day someone would ask to hear them. That person would be drummer-about-town and former bandmate Bucky Wheaton.

“The Besnard Lakes were playing a show in Toronto and their drummer couldn’t make it, so Bucky subbed in,” she explains. “He ended up texting me a few days before the show, telling me to show up so we could talk music. After the show we had a beer, shot the shit, and we both realized there was an awesome elephant in the room — we had a record to make.”

Powell returned to Montreal to record at Breakglass with a sense of unfinished business. With a fresh perspective on music thanks to her experience with her father, Powell found herself enjoying the minutiae of recording in a new way.

It’s also the best way to look at Land of Talk as an entity: Powell and her ideas at the forefront with Montreal’s finest lending support and propelling her to even greater heights.

“It was so cool to have all these people working to a common goal that came out of my own solo vision. They’re finishing my sentences,” she says.

Although it didn’t necessarily feel that way at the time, Powell admits there was a long gap between communiques with her and her musician pals. Fortunately, when it came time to record, she was happy to discover they were still on the same page.

“We did peace out for a while. You fall out of someone’s circle, as much as you love them, because it just isn’t part of your routine anymore. For a couple of years I didn’t have contact with anyone. Some Happy New Years and Happy Land of Talk rides again Birthdays. But I don’t think I went back to Montreal even once during that time.”

Powell has something of a new posse in Orillia: her adult skateboarding crew. Now that summer is here, expect to find Powell doing ollies in the school parking lot.

“I can just cruise around, but my friends are all good and they like going to parks and doing rails, so sometimes I get pressured into being cooler than I am,” she says.

In high school, Powell suffered a skateboard-related injury that derailed her wrestling career, but incidents like that haven’t dissuaded her from getting back on her board. She used to travel that way to and from her job at Santropol, and fondly remembers fun post-show rides in Salt Lake City and San Diego during the Cloak & Cipher tour.

“There’s a skate shop here in Orillia called Kahuna that organizes these events where kids and their parents skate together. So there are kids there, and then us to show them there’s a future in it if you do your stretches and eat right,” she says. “We have as much fun as the kids, so there must be a lesson in there somewhere.” ■