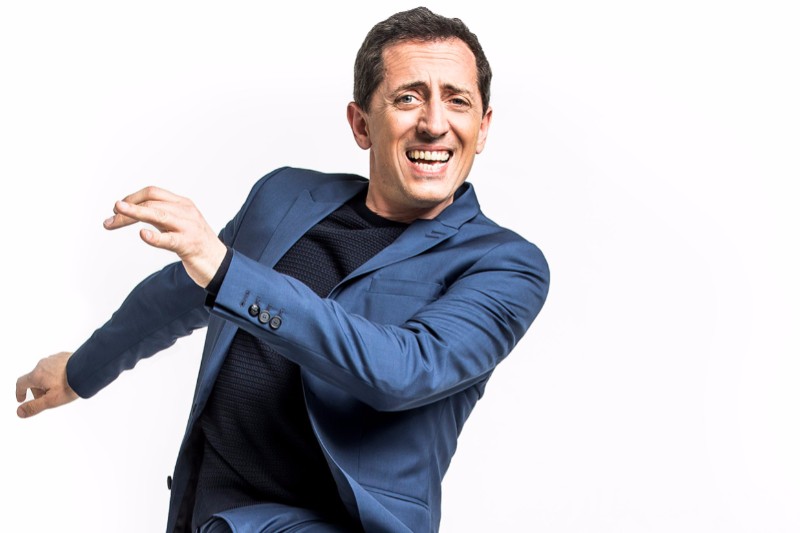 Gad Elmaleh is one of the most famous stand-up comedians and movie stars in France. For the last year or so, however, Elmaleh has set his sights on America.

In September 2016, an episode of NPR’s This American Life chronicled the first steps of his American career, launching a one-man-show in New York City’s Joe’s Pub. The media was quick to dub him the “French Seinfeld,” both for his tremendous popularity and his observational style of humour. Elmaleh and Seinfeld have been friends for over a decade, and they’re finally joining forces for a co-headlining show at Just for Laughs this summer.

“I can’t believe it, really,” says Gad Elmaleh, admitting that the comparison seems a little far-fetched to him. “That kind of comparison is never too good, but at the same time, being compared to the person you admire the most in your field is okay. It could be worse, you know? There are some people I wouldn’t really have liked to be compared to, but this particular comparison is flattering. I have no problem with it.

“There’s a story behind the show, though,” he continues. “It didn’t just grow out of nothing. It’s the end product of a friendship, of a mutual admiration. We’ve been following each other’s careers and talking for 10–12 years. When he comes to Europe, he sees my shows; when I go to the States, I see his. This time around, we wanted to do something really simple. I often open for him, but this is something else.”

Indeed, their JFL show is a co-headline, where each comedian will do about 45 minutes each. “We’ll probably do some stuff together, but it remains stand-up,” he explains. “People shouldn’t come in expecting a sketch show; Jerry’s not going to start doing impressions! (laughs) People do seem to think it’s going to be a sketch show, but it’s stand-up. Of course, there’ll be a part together – otherwise, what’s the point? But we’ll each be doing 45 minutes.

“We’re still working on how it’ll be put together, but the idea is also to bring together people who each have their own audience here. Montreal is the perfect place to do this show. I don’t think – and I mean this sincerely – that it would make any sense to do this in New York or in Paris. Montreal is at the crossroads of both cultures. Jerry hasn’t been here since ’89 or ’90, so it’s his big return to the city, and I’m starting on something new. There are all kinds of organic, natural reasons for this to happen — it’s not a musical duo forced together by a record label! (laughs)” ■