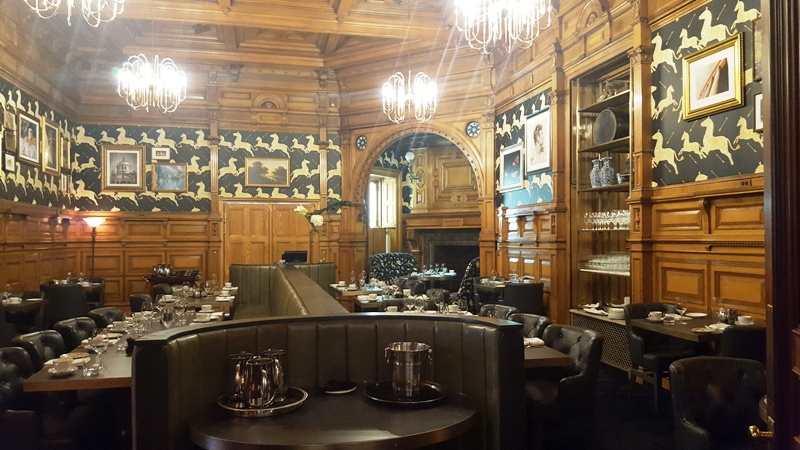 A dining room at Bar George

A month after the reopening of the Mount Stephen Club as le Mount Stephen, we ventured into the beautiful Bar George on a quiet Saturday morning to try their brunch, a relatively affordable introduction to the restaurant’s upscale British cuisine.

Housed in the refurbished Mount Stephen mansion that’s now connected to a modern, 12-storey hotel, Bar George offers dinner-time mains that’ll set you back $24–$49, with cocktails in the $12–$14 range. Lunch is a relative steal at $17–$28, but brunch beckoned on this particular day, being a Saturday and all. 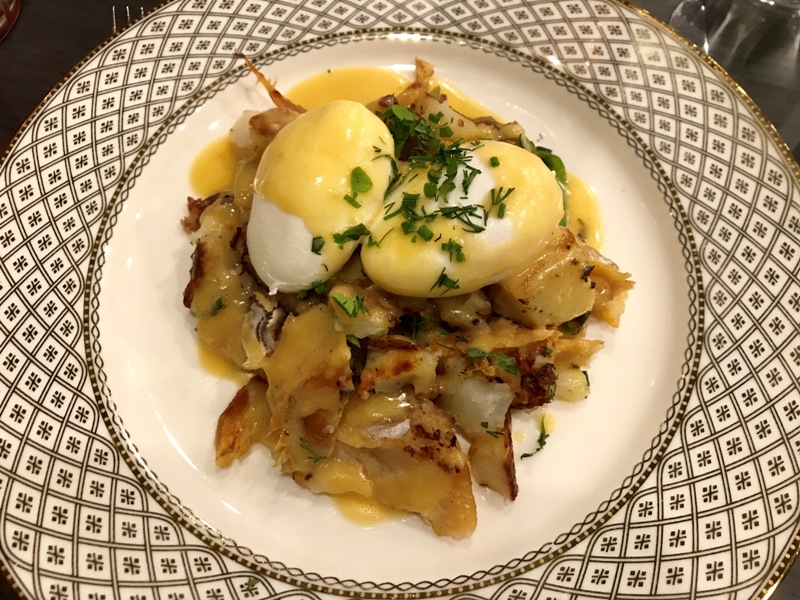 Brunch ranges from $10–$29, from dull-sounding healthy options to the All Day Sunday Roast, which comes with Yorkshire pudding and “all the fixins.” We left that beast for another day, opting instead for the burger ($19) and the smoked haddock hash ($16). The burger was delish, with a fluffy and flavourful white bun, a tender patty (cooked medium-rare — they didn’t ask for my preference, but they certainly hit the sweet spot: juicy, chewy, but not too pink) topped with a tangy cauliflower/cheese melt and mild pickle slices, with a side of thick-cut French fries (or “triple chips”). The smoked haddock hash was a mound of (mildly) fishy bits, fried potatoes and a pair of small poached eggs, with a sprinkling of green onions, dill and a douse of mustard cream — a creative incorporation of white fish into a breakfast hash, and a flavour combo that made for some scrumptious mouthfuls. 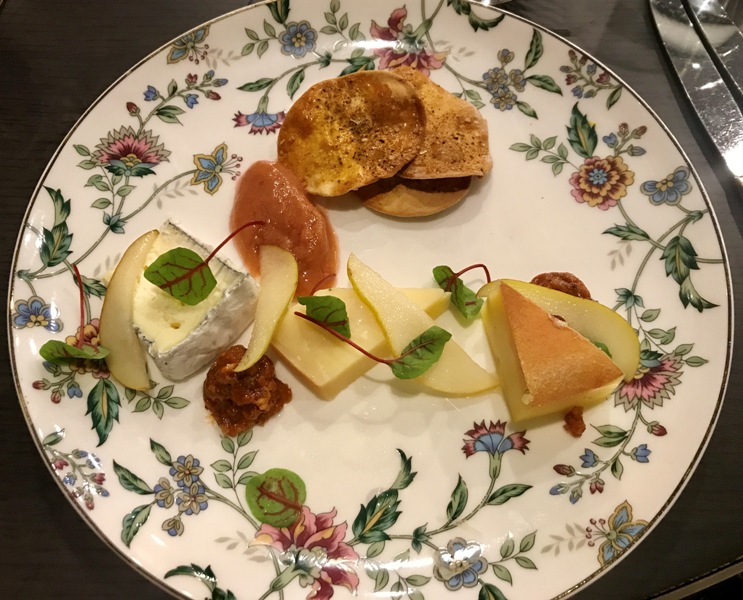 To accompany our fairly flawless meal, we ordered a Bloody Caesar ($11) and a mimosa ($12) from the abbreviated brunch-time cocktail menu — satisfying but basic. Also on offer was a dessert menu, and with my brunching companion remaining in a savoury mood, we opted to share the cheese plate: a chunk of stilton with winning sharpness, a satisfying medium cheddar with an unusual accent that was hard to place and a particularly impressive, smoky gouda. The plate was garnished with sliced pear, dollops of chutney and stewed apple, a couple of pecans, random greens and a few thin house-made crackers described in the menu as “toasts,” offering a fairly standard range of cheese-plate bites that were essentially all hits. 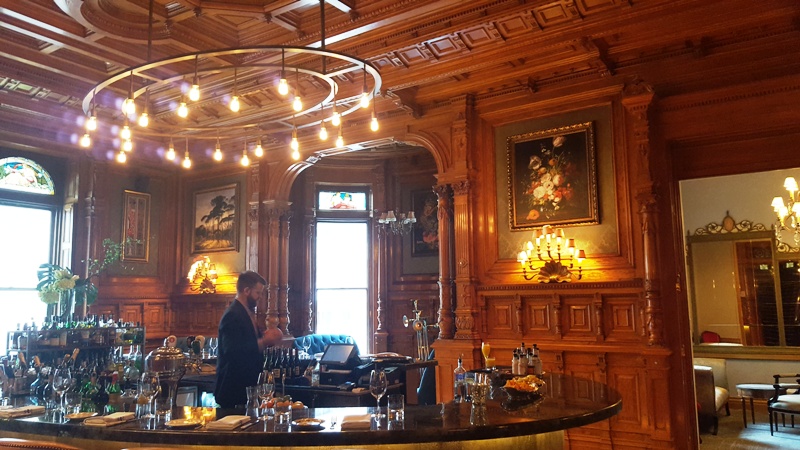 Hats off to chef Kevin Ramasawmy (coming from Maison Boulud, it’s no surprise he’s on his game) and to the design crew, whose work from the wall panelling to the choice of paintings to the heavy leather seating to the choice of pot lighting and chandeliers make Bar George an aesthetic experience as well as a culinary one. We also appreciated the mod-era rock ’n’ roll on the sound system. A nice touch for a “modern English restaurant and bar.” ■