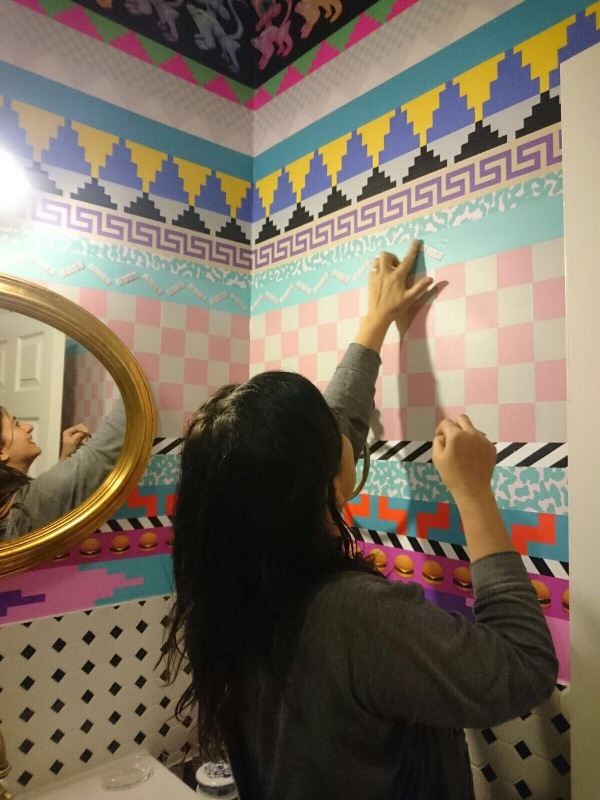 Dominique Pétrin had “an unusual path as an artist,” one that sidestepped art school and gradually led to a sustainable career and international notoriety.

You may know Pétrin for her other work — as an alumnus of the great experimental post-punk band les Georges Leningrad, or perhaps as a barmaid at Casa del Popolo (her 14-year job there ended a year ago) — but art has always been her passion.

“I was doing fine arts at CEGEP in the ’90s and I was aiming to apply to Concordia, but the day the portfolio was due, I exited the wrong metro station, Pétrin says. “So I thought, ‘I’m just gonna have some life experience for a bit and then I’ll keep going with school.’”

Pétrin spent a couple of years “hanging out with all these dudes making zines,” but the late ’90s zine and comics scene presented a stepping stone rather than a place to settle. “It was really nice, but it was too much of a nerdy guy community. I didn’t find myself in it, except for Julie Doucet,” she says.

Working with the comics artist inspired her to get into print-making, a skill that served Pétrin well when it came time to make merch for her band. Pétrin’s show posters became part of the wave of vivid silkscreen art that proliferated in the aughts, by artists and crews like Séripop and Simon Bossé. “There was the most beautiful artwork in the streets — it was so pushing and challenging to see everyone’s work.” 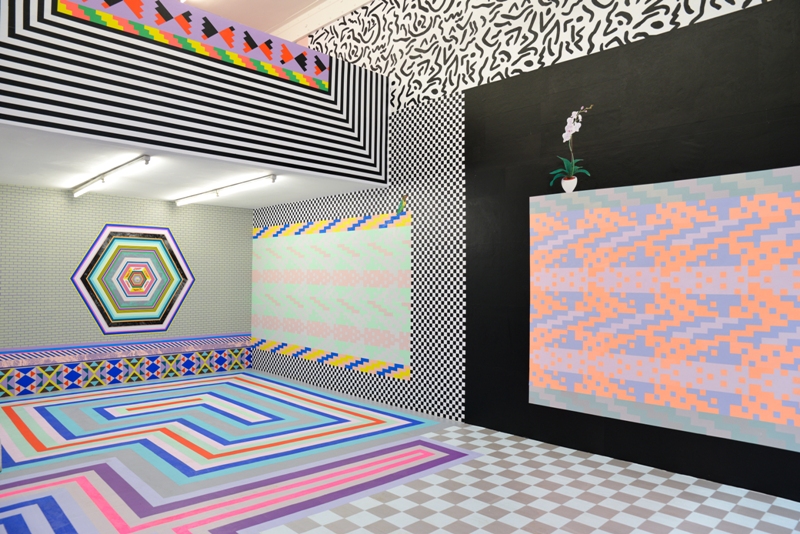 When les Georges split in 2007, Pétrin delved further into her love of print-making. “There was a two-year period when I was grieving and trying to connect myself back after this very big divorce in my life,” she says.

In 2009, she began exhibiting her prints and collages in galleries here and around the world. She was also hired for public art projects around the city, mounting permanent pieces in buildings like the Converse head office, as well as (in 2013) temporary paper wrap-arounds at Katacombes and Beaudry metro.

“I also wrapped a seven-storey building, but when I finished installing it, it rained for three weeks non-stop and basically melted like a cake. It was a total disaster, both for my ego and as a project (laughs).”

Pétrin’s distinctively decorative, colourful, geometrical work has attracted attention in the art world in North America and Europe in recent years. Last fall, British street-art star and political provocateur Banksy invited her to design one of the rooms in his Walled Off Hotel in Jerusalem, which opened last month.

“At first I didn’t know the location or the political context. I knew it was a hotel, but I thought maybe it was an installation or a pop-up gallery. I had no idea it would be a fully functional hotel.

“I had the dimensions and pictures of the room, but the only instruction was to create something that was reminiscent of a collapsed English colony. I started researching different elements of ornamental history, wallpaper and architecture that would be typical colonial decor elements. There’s a lot of trims and drapery and use of columns and structures that are common to any colonial culture, whether it’s French or British or whatever. 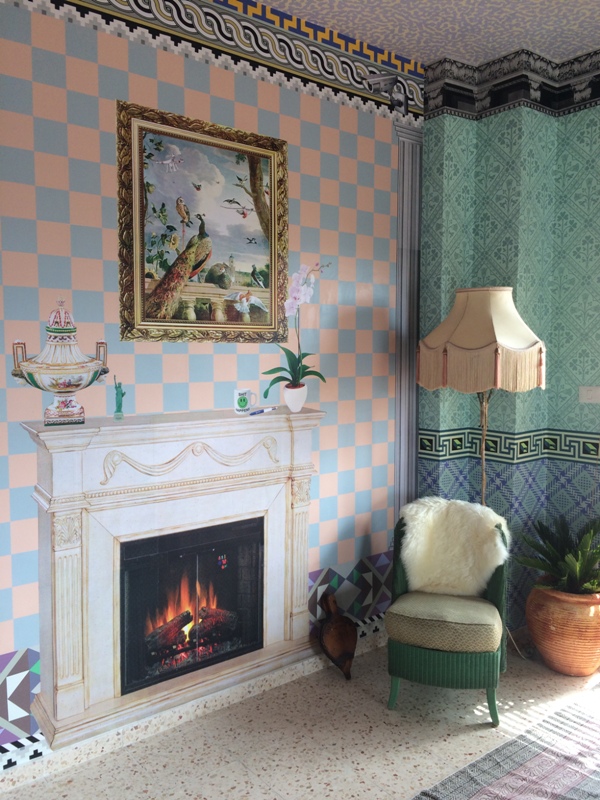 Inside the Walled Off Hotel

“So I created a whole room and shifted the material, and when I got into the hotel it was mind-blowing to see that my work fit in the context. It was an amazing project, and it’s giving me so much attention — it feels like a great reward after working so hard for so many years.”

A little closer to home, at Galerie Antoine Ertaskiran, Pétrin is exhibiting a preview of a much larger solo show to come in September. The current show is titled I just wished Martha Stewart was here to tell me to chill down, like real down.

“It feature mostly collages made from silkscreen paper, including domestic items like plants, asthma pumps, pills, mini fans — different objects that would compose a sort of intimacy of a person. But it’s also a digitally computered image, so it’s like a generic profile picture of anxiety.” ■

I just wished Martha Stewart was here to tell me to chill down, like real down is on at Galerie Antoine Ertaskiran (1892 Payette) through May 6.