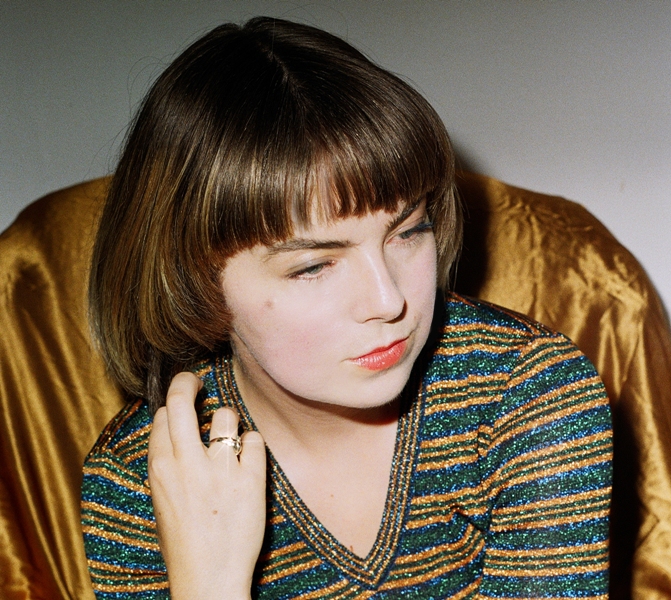 Field of  Love is the new record by Montreal independent synth-pop soul singer Caila Thompson-Hannant — better known as Mozart’s Sister — the result of a romantic season, a wave of inspiration in the studio and blurred childhood memories of Electric Circus.

“I really wanted to make stuff that was tinged with that kind of mainstream rave pop,” she says, naming Venga Boys and Aqua as two of the artists she used to see MuchMusic dancers move it to on Friday nights. “I’ve always loved [that music] — it makes me smile and wanna dance and be goofy.”

After the release of her 2014 album Being and the tours that followed, Thompson-Hannant began building what would become Field of Love, a record that’s at once fun for the dancefloor and smart in its sonic scope, with a depth of sound and theme beyond past Mozart’s Sister material.

“My first recordings were, to me, quite primitive, so I wanted to try new things with this record — I pushed myself a little bit further with production,” says Thompson-Hannant, who made the record on her own with a significant mixing assist from Tyler Fitzmaurice at the Bungalow (a studio within Hotel2Tango). “I really knew I wanted to make something very positive, very upbeat, and I had a bit of an aesthetic to go for. I wanted it to be about love, expressing a bit of a naive love but with enough of a complexity of emotion.”

Thompson-Hannant has been performing solo as Mozart’s Sister in recent years (her old on-stage partner Pamela Dwyer still works with her as a live sound engineer), though the onetime singer for Think About Life has been putting in some band time over the past year, playing bass live with Montreal’s TOPS as well as Toronto’s TR/ST. While her new record was made with some new and upgraded gear, Thompson-Hannant keeps it simple on stage, sticking to affected vocals and a sampler.

“Performing the new stuff has been very rewarding — it’s really fun,” she says, addressing the more upbeat nature of the new material.

When asked whether good times are easier or harder to translate lyrically, Thompson-Hannant shifts the emphasis on being real, regardless of what singing the truth reveals.

“It makes a better song when you can draw from what’s touching you, something that’s as true a reflection of where you’re at as you can give. This is definitely a personal record — it was a time of a lot of positivity and love and renewal in my life, and that was something that I felt more strongly about digging into.”

Having to delve into the peaks and valleys of your personal history is an occupational hazard for singer-songwriters as they perform their older material — Thompson-Hannant feels that revisiting happiness can be just as bittersweet to digging up darkness.

“Going back is always difficult, no matter what the sentiment is. It’s interesting, with some of my older songs that I still play, feeling them anew and engaging with them in a current [frame of mind]. There can be waves — when you’re playing and it’s exciting and then maybe a year later you’re not excited about it anymore but two years later you are again. It can come in and out of focus, getting distance, getting close, getting distance, getting close. It’s a deepening of an understanding of your own experiences — that’s what music is for a lot of artists. It’s a relationship with their experiences that feels part of the world outside of them that they can share and express, a deepening of your own relationship with yourself and what’s happened in your life.” ■