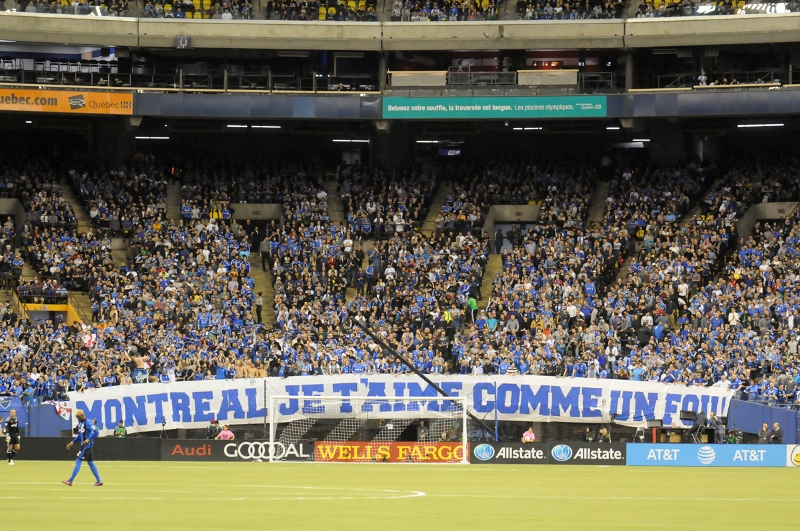 Impact fans. Photos by Cindy Lopez (scroll to the end for the complete gallery)

Montreal has a reputation for having a good time, and aside from the occasional riot, that includes a great playoff experience.

On Tuesday, Nov. 22, the Montreal Impact played their first game in the MLS Eastern Conference Final against Toronto FC at the Olympic Stadium. The team’s timing had been perfect lately, after a shaky second half of the season where their playoff hopes almost faded. Montreal started to show their form after beating D.C. United 4-2 in a knockout game, then beat the New York Red Bulls in aggregate goals. The likes of Matteo Mancosu and Ignacio Piatti have been the guys to watch for in scoring. Goalie Evan Bush has been making spectacular saves, keeping the Impact in contention going into Tuesday’s match — clearly Carey Price isn’t the only Montreal goalie we can get excited for.

If you’ve ever experienced playoffs in Montreal you’ll understand that the fans are loyal, the enthusiasm is genuine and Montreal knows how to hold a party in their backyard. The atmosphere was familiar to those who trek to the Big O for the exhibition Blue Jays baseball weekend each spring: excited and super packed. The difference here is that there’s actually a home team to root for. The stadium held 61,004 people, including the hardcore 1642MTL fans and an actual section for the Toronto FC crowd. The North Star bell from Saputo stadium was brought in behind the net to be rung each time Montreal scored. 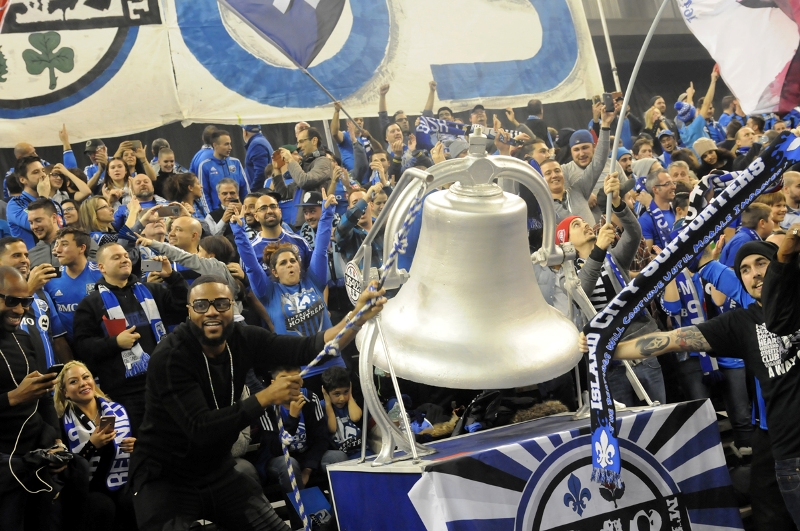 There was a delay at the game as stadium officials needed to repaint the lines for being too small. It was the most Montreal moment to happen at a soccer game, and the crowd grew louder with impatience in anticipation of the opening kick-off. There was a little history on both ends as this is the first all-Canadian final, and whatever the outcome, a first trip for a Canadian team to the MLS final.

Montreal struck first with early goals by Dominic Oduro and Mancosu just a couple of minutes later, eliciting ecstatic sound levels in the crowd. And yes, that bell rang often. There was a third goal in the second half by Ambroise Oyongo, which got the chorus of fans roaring like a plane taking off, as well as waving flags and chanting “Allez allez Montréal.” Toronto would score twice in the second half in what appeared to be a combination of bad officiating and Montreal losing focus on their lead. The home team would win 3-2. 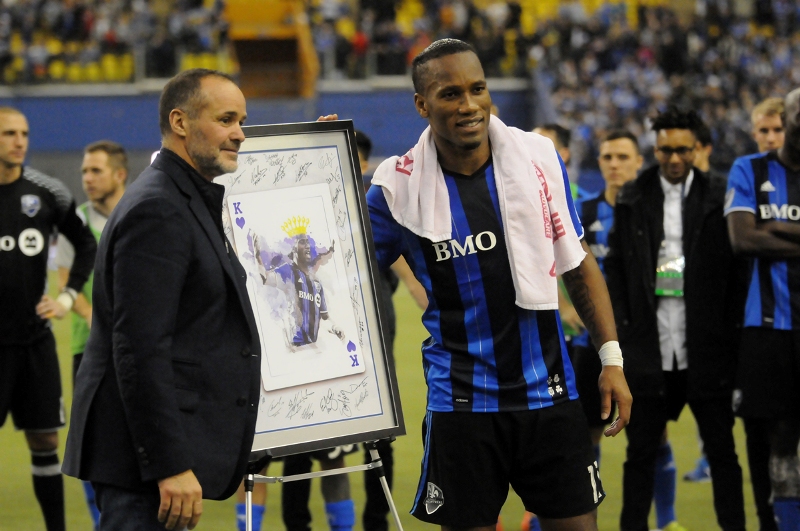 This match took on extra significance as it was the last time Montreal had a chance to see Didier Drogba in an Impact uniform — due to injuries and changes in team direction, he will not return next season. Unless the Impact make the final, this is to be the only major playoff game in Montreal. The Olympic Stadium was the proper place for Drogba’s send-off, even though he’s not known to play on artificial turf. He took to the field as a substitute in the 70th minute, and played like the Drogba that came to the city a season and a half ago: still exciting and making an impact. The team honoured him for his time in Montreal after the game. In his last moments on the field, he thanked the fans at both ends of the stadium.

Montreal knows how to salute their sports stars, and have a great playoff experience. Let’s hope for more good times to come. ■

There will be a Montreal Impact viewing party of the second leg of the Eastern Conference Final at the Olympia Theatre (1004 Ste-Catherine E.) on Wednesday, Nov. 30, 6 p.m., free