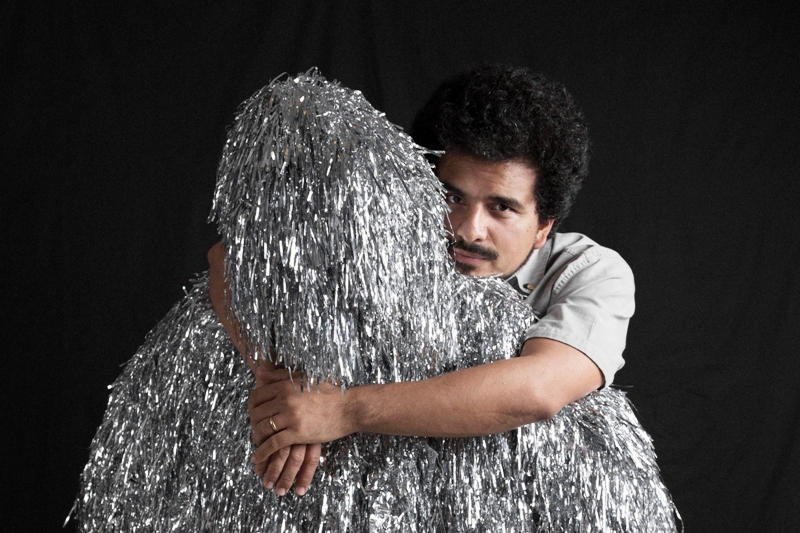 In reality, the 2015 single, included on the bilingual solo artist’s new album Private Energy, has found its unifying strength without being a rah rah rallying cry. It’s an introspective song with a woozy sonic palette where his vocals hardly register above a whisper.

“The song, like any song I make, is mostly personal,” Helado Negro – real name: Roberto Lange – explained by phone from Chicago. “It’s about this conceptual time-travelling meeting between me and my younger self, where I encourage the younger me to be happy with who I am, my culture and the person I’ll grow up to be.

“Also to not feel stressed to fulfill expectations from anyone or my family. Because they come from a different culture and language, while I was born here, there’s a bit of a conflict, but it’s something I’ll come to understand better.”

So even though the song was a personal one, when Lange released it last year it didn’t take long for “Young, Latin and Proud” to take on a life of its own.

“People see themselves in it. It’s also a pretty strong title, and I think people have interpreted it in their own way, taking it for themselves and owning it in ways I never expected. People want to learn more about themselves and where they come from. It’s really nice to know the song has maybe played a small role in helping people want to get into that more.”

The song fits in with the rest of the English- and Spanish-language Private Energy, the 36-year-old’s fifth LP under the Helado Negro moniker. The album could be considered something of a long-awaited breakthrough – a leisurely paced development he attributes to his stubbornness. The album title, which could be heard in the quiet confidence with which he sings above his Pet Sounds-laptop productions, is actually a personal reminder to focus on the important things even as the world appears to be crumbling around you. It’s a call to action, but with a caution to not spread yourself too thin.

“Private energy for me is important. It’s trying to guard yourself and have the energy you need to make right decisions, at the right time, that make you feel good,” the South Florida native says. “Sometimes you want to protest and there’s a social duty to contribute something good in the world, but if you’re always trying to do that without figuring out how to properly distribute that energy, you end up not being so productive.

“The record is me taking the time to meditate and figure out how to be useful and not just be reactionary for myself. I think you have to listen to yourself more than anything and not do what everyone else is doing. Try to do what you feel is right.” ■