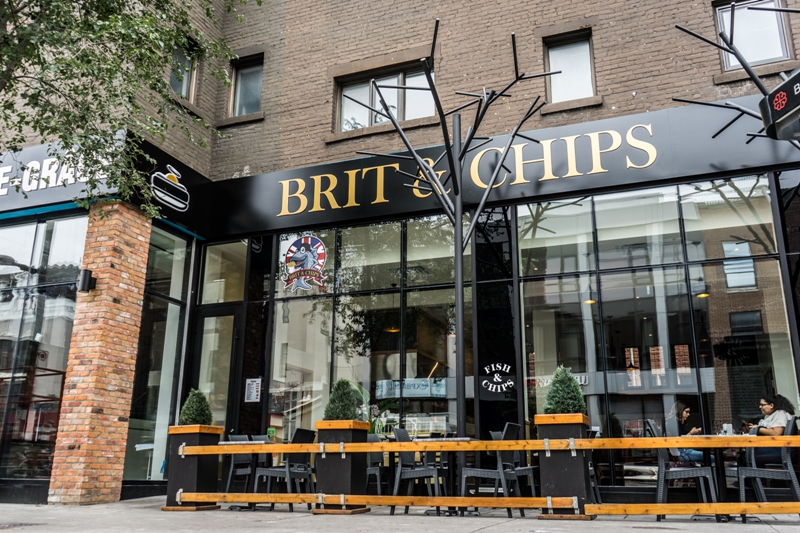 Restaurants can assure us of the sources behind their food, but what separates word-of-mouth from accountability? As farm to table practices gain increasing traction, one alternative lies in official certifications, and when it comes to seafood, the Marine Stewardship Council — founded by WWF and Unilever in the ’90s in response to exploitation of the sea — provides a systematic solution of traceability behind suppliers and process. In exchanges for being certified, businesses may then market themselves as participating.

The problem lies in how few restaurants, particularly independents, are involved with these kinds of organizations. Enter the first: Paul Desbaillets is one of several owners of some of Montreal’s best homes to British eats, Brit & Chips, which was first in line in Canada to receive MSC certification — at the moment, Toronto’s Bento Sushi is the only other MSC certified restaurant in the country. I spoke with Desbaillets about what this means for his business, and what’s behind it.

J.P. Karwacki: Could you tell me a bit about the MSC?

Paul Desbaillets: The idea of MSC is that it’s from ocean to table. You can follow where the fish was (caught) to how it got on the boat and from the boat how it got processed, and from processing to where it was stored, and from storage and shipment to the restaurant. You’re able to see and track everything, which is kind of the whole point of sustainability, right? The rest of it is making sure that we practice certain things at the restaurant, that our distributor maintains certain practices, to (uphold) quality standards.

Since we’re a high fish business, what we’re trying to do here is a business that’s sustainable and profitable. It’s a conundrum a lot of small businesses fall into: Is it possible? Yeah, it is. That’s what we’re trying to show here. We started at one business and now we’re three, five years later.

JP: Once you got the certification, what kind of effects did you find the ecolabel had on your restaurant, if any?

PD: To be perfectly honest, it’s only been a year and I don’t for the moment see people coming in specifically to say “hey, I saw the label, I’m coming here to eat.” That’s supposed to be the draw, but I think in the end you’re doing it because you have to look at the bigger picture as an individual and as a company. Even if you’re not coming in because it’s sustainable, you’re (eating something) that is sustainable. It’s obviously to the benefit of anyone that if you can use it in a marketing sense or in a way that helps drive traffic, then it’s worth it. 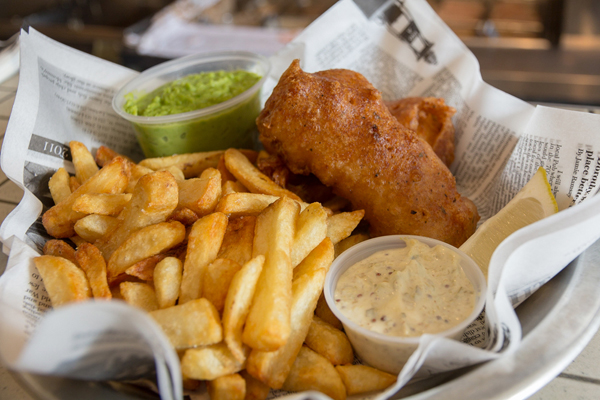 It’s not cheap for anyone to be doing it… and it’s not like you get certified once and that’s the end of it. There’s a process, and then there’s an audit every year to make sure everything is maintained at the international standard of the organization.

In the end, we’re doing it for ourselves and for the larger picture, because while we hope to grow the brand of Brit & Chips and get it out there, we want to do it sustainably. It’s not for the business that comes from it—though business should come from it—it’s up to individuals and businesses to use these tools…and to give the (initiative) more publicity.

JP: What about how the organization holds you accountable? I assume they send inspectors?

PD: We have to organize a third party which acts as the inspector. MSC provides us with a list of names we can use that won’t conflict (with bias). We pay for the inspector to fly in, they check out the location and submit a report. People (can lose their certification) in two ways: They’re done paying fees and don’t want to continue, or have had it revoked.

JP: The farm to table movement’s been around for a while now. What’s the difference between official certification and doing the legwork yourself?

PD: I think we’re in a time where a lot of people say that they do that. Farmed fish can be absolutely disgusting. They’ll say “farm” and you think “fresh,” but that’s not always the case. It’s cat food. (The MSC) is our seal of approval and it’s a stamp that shows the community that there’s backing behind what we believe in. It’s a brand, a logo that has some clout in the industry of sustainability. I think that’s the key. There’s hundreds of different labels out there, but this one really stands for something, and that’s why we chose MSC.

JP: What do you think gets in the way of other businesses participating in organizations like MSC?

PD: It’s the cost and the effort. There’s a level of willingness that you have to do to make it happen. You don’t just pick up a phone, someone shows up and here’s your sticker, good luck. Anything good that’s worth doing takes time, the adage isn’t new. It’s a lot to do, yeah, but small businesses who already have so much on their plate have to decide. In the long run, it’s worth it.

JP: I was going to ask what you’d like to tell restaurants reading about your adoption of MSC, but I think that’s your answer there.

PD: I think so. But my message to MSC? Get your costs down, make it more accessible to independent companies. The more accessible it is, the more widespread it’ll be. Higher costs always lead to exclusivity. ■