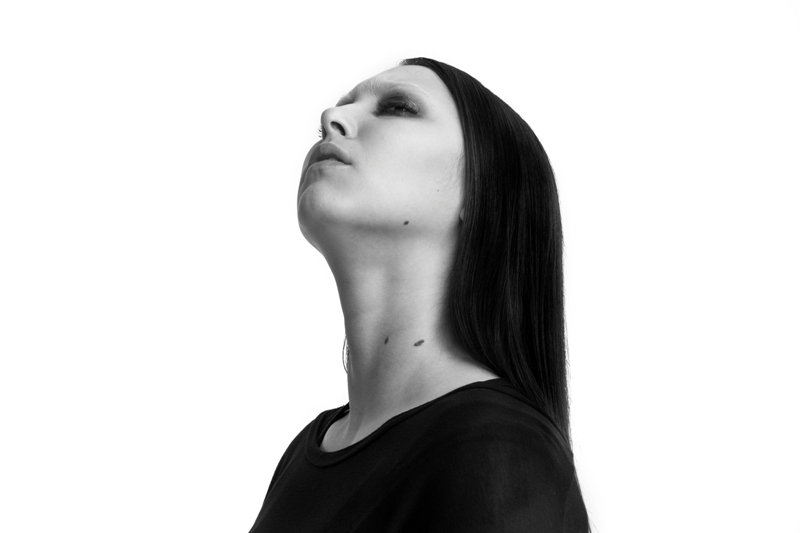 As the electro pop duo Milk & Bone, Laurence Lafond-Beaulne and Camille Poliquin earned critical acclaim, a fan following and a coveted spot on the short list for the Polaris Prize for their 2015 debut album, Little Mourning. But that breakout success didn’t leave Poliquin resting on her laurels.

She’s now making a name for herself on her own under the moniker Kroy. Next week, she’ll release her debut album, Scavenger, a stark collection of brooding tracks inspired by alternative pop beatmakers of the ’90s and 21st century indie rock and electro. Below, this rising Montreal songstress tells us more about her plans for Kroy ahead of her slated performance at POP Montreal.

Kyle Mullin: How is this Kroy project fulfilling you in ways that Milk & Bone doesn’t? I’ve read that this new album is more personal for you than prior projects. Is that the case? How so?

Camille Poliquin: I actually named KROY in 2012 — released a first EP in 2014 — and started slowly writing from that moment on. The only way that this album is more personal is that I’m the only one creating in it. In a duo project, you have to make compromises and sometimes let go of certain things. I made no compromises for Scavenger.

KM: All the song titles on Scavenger are one word only. I don’t see that very often. How does that decision reflect the songs themselves?

CP: It was only an aesthetic one decision. I like for things to be well organized and I like symmetry. It doesn’t mean anything in particular.

KM: What’s the biggest challenge you faced while recording Scavenger, and how did you rise to the occasion?

CP: It was very hard for me to find time to work on the album because of Milk & Bone and the time we spent away this year. But during my off time I would be in the studio every day.

KM: I’ve read that your influences include Björk​ and U.K. trip hop acts like Portishead and Massive Attack. In what ways did these artists influence you?

CP: I feel like it’s very hard to tell how a certain genre influences you. Every single band you listen to in your life has an influence on the music you’ll create later on.

Some other influences for this album in particular would include Vampire Weekend, Youth Lagoon, Golfdrapp and Lykke Li.

KM: What memories do you have of attending the POP Montreal festival in the past as a fan, and why are you excited to take part as a performer this year?

CP: This is my first time performing at POP Montreal. I’ve seen some awesome shows at POP in the past and I love that it brings professionals from all around the world to see local bands. POP’s selection is always the bomb so I’m so flattered to be a part of it this year. ■