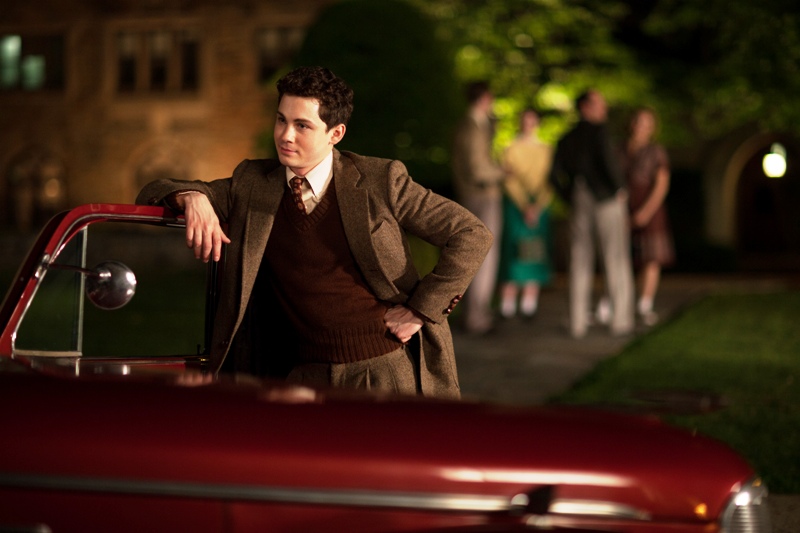 Among the many terrible things that baby boomers gave the world, ’50s nostalgia looms large. What remains of an entire decade is ice cream socials, pompadours, Elvis, drive-ins and pink Cadillacs — good old-fashioned fun-time romps where boys were boys and girls were girls and the world was so much simpler and everybody just had fun. This, of course, is not exactly how it went down.

There aren’t too many sock hops and leather-clad greasers in James Schamus’s Indignation, an adaptation of Philip Roth’s 2008 novel of the same name (granted, the film is set in 1951 and thus predates the be-bop-a-lula era by a couple of years). Instead, there’s miles and miles of tweed and miles and miles of social, moral and religious rigidity.

Marcus Messner (Logan Lerman) is the son of a kosher butcher from New Jersey. A straight-A student without much of a social life, he ships off to college at Winesburg, a preppy, waspy college in Ohio. One of a handful of Jewish students at the school, Marcus finds it difficult to fit in at a school that requires him to attend chapel to graduate. Staunchly atheistic, Marcus butts heads with the manipulative dean of the school (Tracy Letts) over his chapel attendance, but also over his confused relationship with troubled shiksa goddess Olivia (Sarah Gadon), whose forward expressions of sexuality send Marcus into a tizzy. 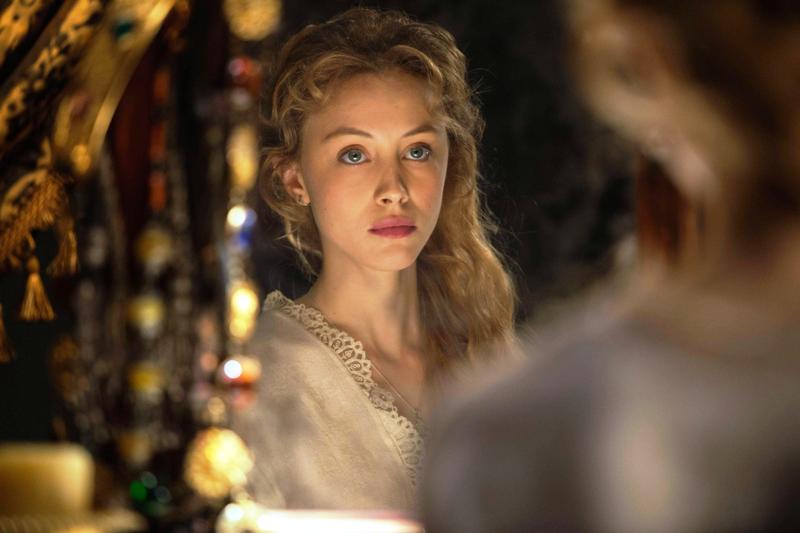 Schamus is an experienced producer and writer (he’s had a hand in most of Ang Lee’s movies since the ’90s), and makes a disciplined directorial debut with an adaptation of an oft-bungled author. Indignation features a lot of the touchpoints present in the work of Roth and of Jewish writers of his generation (blowjobs and familial strife both feature prominently), which makes it a little old-fashioned for 2016. Some of the film’s more literary aspects — fractured and infrequent use of voiceover narration, a framing narrative that’s minimized to quasi-oblivion — aren’t particularly well-suited to the screen, but Schamus gives the film enough of an anachronistic bent that this stuff hardly matters in the end.

Yep, Indignation is one of those “they don’t make ’em like this anymore” films: resolutely old-fashioned both in its visual style (which is heavily dusky, dusty and earth-toned) and its storytelling. It’s a film of pained conversations in libraries and offices, of furtive hospital handjobs While this might sound stuffy and boring on paper, Schamus actually pulls off a nimble balancing act — it’s a film that’s both old-fashioned and current, a fascinating character study that also pulls off a feat that rarely happens, which is to make a Roth adaptation compelling as opposed to looking and sounding like the erotic fantasies of an old man.

Granted, none of this is likely to make Indignation a popular success. Young people weaned on Lerman’s work on the Percy Jackson films are not likely to flock to this heady exploration of faith and sexuality starring their grandparents. Lerman and Gadon are both great in the film and Schamus proves to have great instincts if not exactly flashy visual stylings. For a film that feels sort of purposefully stuffy to suit the material, it’s pretty damn captivating. ■

Indignation is out in theatres on Friday, Aug. 5. Watch the trailer here: