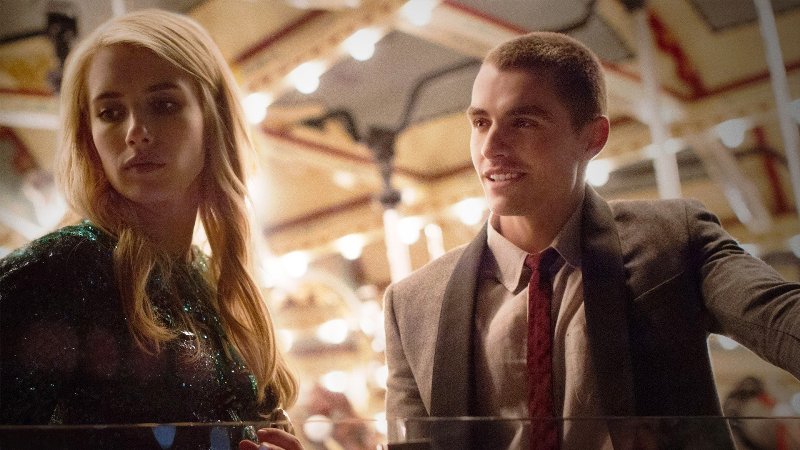 At the dusty-ass age of 29, I am what the kids call an old. I know this because I remember a time where something seemed cool, hip and of the moment, and when I see that thing now I cringe. I think I’m probably also an old because I watched Nerve and I instantly cringed for the generation that this movie is made for. The Snapchat generation of fuckboys, Beckies and various sundry basic bitches of all stripes got their own Hackers, and while I can’t predict that these kids will actually think that Nerve (which is directed by a couple of guys who are even more olds than I) is lit AF, I know for a fact that their children will point and laugh at this shit 20 years down the line, when they’ve become even more woke and done so much adulting that they can’t even. They have to. It is the right order of things.

Vee Delmonico (Emma Roberts) is a slightly nerdy Staten Island teenager who lives her life in the shadow of her BFF, Sydney (Emily Meade), a popular mean girl who’s also a high-ranking player in the online truth-or-dare-without-the-dare game Nerve. In the game, people are either players or watchers; watchers give the players dares that come associated with cash prizes. The more daring the dare, the higher the cash prize. Vee decides to sign up for Nerve to show up Sydney one night, and she soon finds herself working alongside a mysterious other player named Ian (Dave Franco, who is even older than me, and therefore ill-equipped to get hype with the kids) as she rapidly rises in popularity on the app, enraging Sydney and worrying her wet-blanket friendzoned cohort Tommy (Miles Heizer). 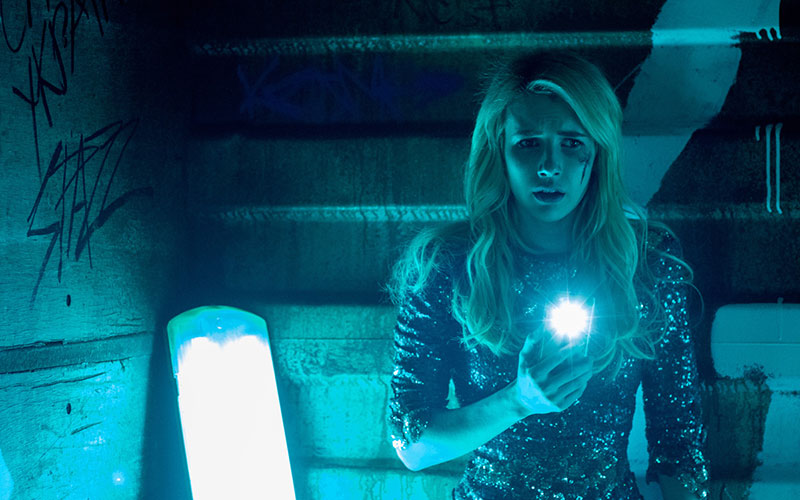 Technology moves so fast that Nerve was made in a world that predates both Periscope and Pokémon Go as far as immersive and/or streaming phone apps go; Nerve imagines a world that didn’t really exist a year ago, one that’s both kind of plausible and kind of stupid. The game essentially serves as a parable for anonymity on the Internet, wherein the watchers hide behind anonymous usernames that have tangible results on the IRL lives of people. Vee essentially accepts the dares because it means enough tuition to escape Staten Island, while the watchers are generally made up of bored rich kids with the means to pay money to watch the poorer kids run through Bergdorf Goodman in their underwear.

Parables aside, much of Nerve feels almost instantly dated. There’s a bunch of random-ass stunt-casting, from rapper Machine Gun Kelly as one of the leading players (a post-apocalyptic punk with no chill) to Orange Is the New Black’s Samira Wiley as Hacker Kween (a top hacker who works out of the Cloud, an underground ping-pong bar in Brooklyn) to a bunch of YouTube superstars popping up in supporting roles (the most egregious of which is the Fat Jew, a dude famous for basically doing nothing, who shows up as a tattoo artist named Dirt Beard). The soundtrack is wall-to-wall falsetto electro-pop out of an iPhone ad and the film contains lines like “I spend a lot of time on the Dark Web; you know, you only use 10 per cent of the Internet,” which are already embarrassing and self-parodic as I write these words, a week before the movie is even out.

Nerve is the work of Henry Joost and Ariel Schulman, the men behind the defining Internet documentary Catfish (one that, incidentally, feels like a relic of a bygone era these days) and it’s undeniable that, as corny as the film is, it could’ve been worse. They get generally good performances out of the cast (Roberts is genuinely relatable and charismatic in the role, which prevents the film from being completely and utterly laughable) and create at least two moments of genuine tension, but the script is so silly and so specifically, unapologetically 2016 (it features at least two semi-dramatic moments where someone looks up a song on Spotify) that it’s very difficult to enjoy even as something silly and light. It’s not old enough to be truly enjoyable as a camp classic, but I look forward to the day my theoretical kids find this on retina-streaming and ask me if the Cloud was ever really an underground bar in Brooklyn. ■