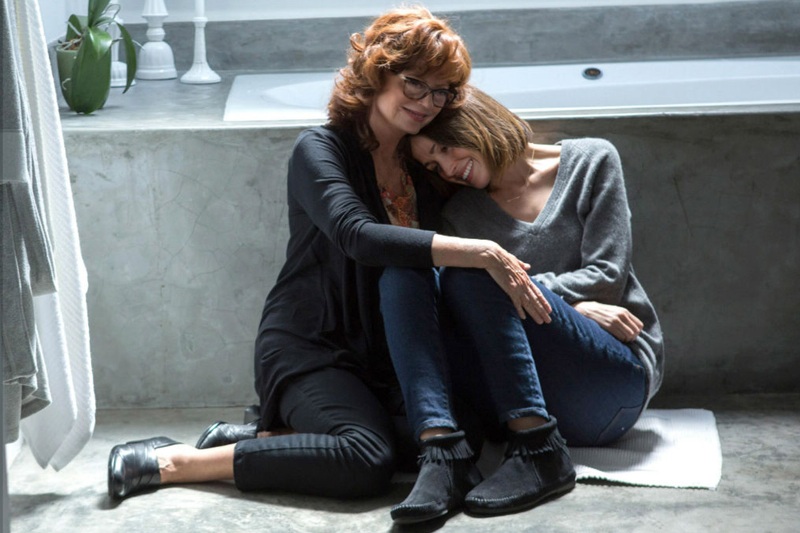 Susan Sarandon and Rose Byrne in The Meddler

Self-indulgence is one of the biggest enemies of creation, particularly in terms of comedy or “slice of life” writing. Just because something was great when it happened to you doesn’t mean it’ll read as compelling. (Just because some movie reminds me of something that happened in my life doesn’t mean it’s relevant to my review of the movie, though many of you can attest that I ignore this rule fairly frequently.) Alternately, writing about something that hasn’t happened to you carries its lot of problems — that’s kind of why everything written by a precocious young writer mostly concerns precocious young people who are at least thinking of writing.

Lorene Scafaria’s The Meddler is autobiographical in the most dangerous way possible: It’s a movie about her mother that features a very blatant Lorene Scafaria stand-in and (presumably) draws on real-life events. It’s the kind of personal film that celebrated filmmakers often stumble on once they’re given the green light to do whatever they want. There’s so much potential for The Meddler to become a Jersey Girl type of self-indulgent family fiasco that I would not begrudge anyone for dismissing it outright.

But dismissing The Meddler as some sort of corny, Nancy Meyers-esque rom-com would be short-shrifting the balancing act that Scafaria has pulled off by a wide margin. The Meddler is definitely cute and feel-good; it’s the kind of movie you can hold off on seeing until you’re visiting your family and you don’t want to sit through a sex scene for the sixth year in a row, but it’s just about the best possible version of that kind of movie. It’s well-observed and well-written, smart about its own shortcomings and surprisingly funny. While it may only be relatable to someone with experience with a certain type of mother (one of these people happens to be me), it’s bound to strike a chord. 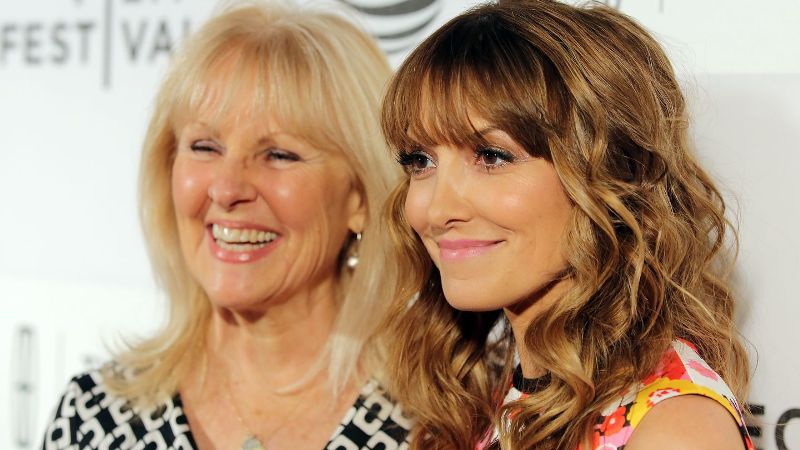 Lorene Scafaria (right) and her mother

After the death of her husband, Marnie Minervi (Susan Sarandon) opts to leave the life she’s always known behind and move to Los Angeles to be closer to her daughter Lori (Rose Byrne), a depressed and overworked screenwriter. Reeling from a recent break-up with a Hollywood heartthrob (Jason Ritter), Lori has little time for her mother and essentially shuts her out as much as possible. Ever the chipper optimist, Marnie nevertheless immerses herself in the lives of Lori’s friends (Cecily Strong, Sara Baker, Casey Wilson, Lucy Punch) and befriends a young Genius Bar employee (Jerrod Carmichael), whom she helps go back to school. Marnie is a force of generosity and goodwill in the face of grief; she’s a slightly goofy benefactor to everyone she meets, especially a retired cop named Zipper (JK Simmons), who sparks the idea of romance returning to Marnie’s life.

Scafaria isn’t shy about the parallels to her own life. Byrne’s character is even named after her, and Sarandon has said in interviews that Scafaria provided copious video footage of her mother as research. I think that’s the most admirable thing about The Meddler: that it proudly displays a confidence that might seem foolish in other hands. Jean-Marc Vallée said he made Wild to honour his mother, which is one thing; Lorene Scarafia quite literally honours her literal mother in The Meddler.

The lack of anything even remotely approaching conflict or an antagonist gives The Meddler an ambling, sitcom-ish vibe, and the character of Zipper sometimes tips the scales towards the irritatingly quirky (he’s a macho ex-cop who serenades his pet chickens with Dolly Parton jams), but it’s the rare type of feel-good movie that I feel good about making me feel good. It’s perhaps shameless in its quirky, love-filled, almost entirely conflictless tone — but that’s kind of the point. ■

The Meddler opens in theatres on Friday, May 13. Watch the trailer here: