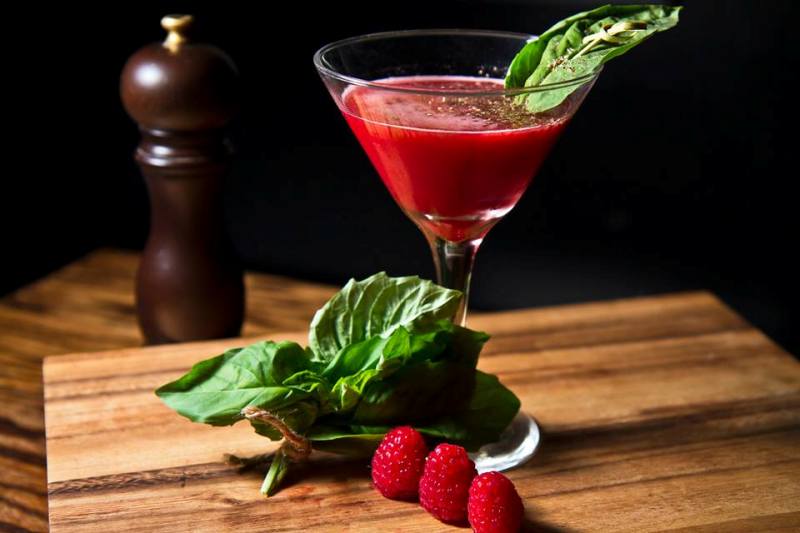 Mad Men may be off the air, but its impact on cocktail menus doesn’t appear to be wrapping any time soon. By now, many of us have go-to cocktail joints, spots that make old-fashioneds, gimlets, mai tais or negronis the way we like it.

But in the interest of spreading out, catching new scenery and trying some novel concoctions, here are some recent additions to the cocktail bar scene, or, in one case, a spot that’s been slinging fancy drinks for seven years but still tends to fall under the (anglo) radar.

Le Lab has their old-timey aesthetic down (they even sell their own brand of simple syrup in tall thin bottles wrapped in their curly logo), but the feel of the place is anything but stuffy. The service is friendly, the atmosphere cozy, the regulars loyal (and sometimes a little rowdy) and they’ve got a long menu of original drinks like the Chupacabra (beet syrup, grapefruit bitters, chipotle Tabasco, egg white, lime, Curacao and tequila). 1351 Rachel E.

The guys behind neighbouring punk-etc music venue Turbo Haus (and three other partners from the local restaurant and bar scene) conceived of this snazzy but casual snack bar that’s a fine addition to a sleepy corner of St-Henri. Its menu features charcuteries, cheeses and finger food, a range of organic and privately imported wines and cocktails that tend toward the classics but also include originals like the Smoke Show (bourbon, smoked jalapeño maple syrup and lemon). 5001 Notre-Dame W.

Brown leather seating, black and white floor tiles, warm lighting, wallpaper and a cushion corner with a little olde bohemian flair make this a pretty unique little Plateau spot, one that feels a lot more in lived than it is (but in a good way). My favourite Mayfair drink so far is the exquisite Safran Sour (bourbon, passion fruit purée, saffron syrup, camomile tea, egg white). 451 Rachel E. 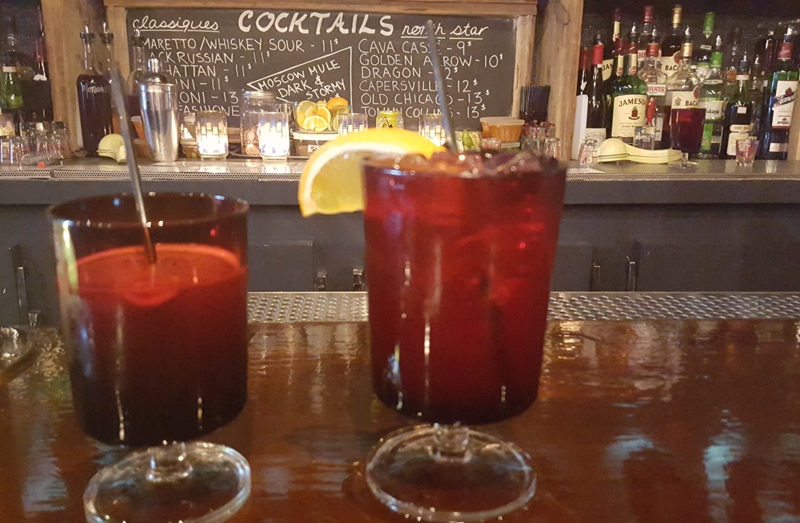 The pinball bar where Korova used to be has a lot going for it: a rotating set of refurbished vintage pinball machines, a curated vinyl jukebox, finger food including house beef jerky, spicy pickled eggs and “(crack)ers” and a drink menu divided into le Cheap Shit and le Expensive Shit. Among the latter are pinball-inspired cocktails like the bold and brassy Old Chicago (rum, vermouth, bee-balm syrup and fernet, or Italian-style amaro). 3908 St-Laurent

In a space that was occupied for years by Portuguese bar Triangulo (rumoured to be a gay old-man bar, but that’s probably more joke than fact), Perfecto came into being last summer thanks to some members of Duchess Says and other figures from the local punk/rock scene. Perfecto serves up fine small dishes of food, holds almost-weekly Souper Spectacle dinner/shows (a vegetarian meal, a glass of wine and a gig for $20) and tasty, stiff-as-fuck cocktails such as the Kentucky Pear (bourbon, pear liqueur, pear juice and apple juice). 20 Duluth E.

Significantly warmer and brighter than the goth saloon look of its previous incarnation — Salon Officiel — Watts has been operating as a restaurant, lounge and cocktail bar since the fall. The house specialty is pizza but its eight cocktails are worth a visit, too. I’ve tried the mysterious and curiously cheap “Watts Magic Potion,” but what really got me was the Cardamom Royale (bison grass vodka, sparkling wine, cardamom, lime and sage). 351 Roy E.