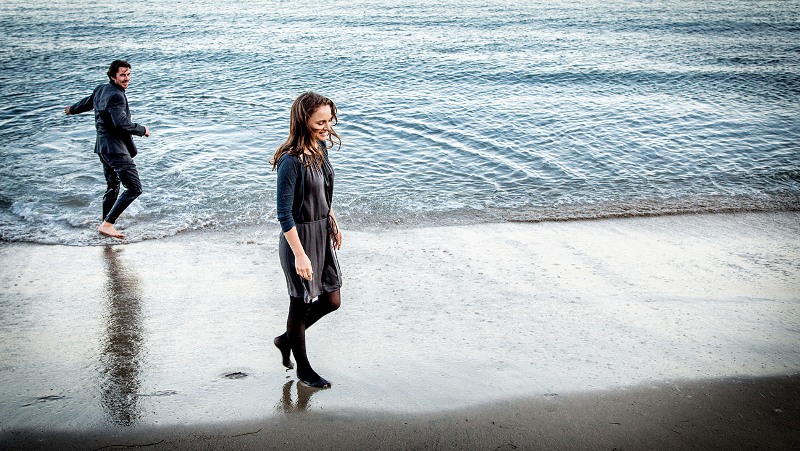 The peculiar way in which Terrence Malick makes movies these days threatens to completely obliterate the movies themselves. Since the release of his last obtuse, dense and star-packed film, To the Wonder, in 2012, movie news sites have been replete with stories of A-list actors being cast in Malick projects that have no script and little story. These stories are only matched in their frequency by first-hand accounts by those same actors who claim that Malick essentially films them without letting them know what the story is, feeding them bits of dialogue and often excising them completely from the final project. It’s an exciting and extremely insane way for one of the most legendary living filmmakers to work, especially if you consider we’re completely content as an audience to watch other filmmakers of his stature rest on their laurels. As interesting as Knight of Cups is to think and talk about, though, it’s considerably tougher to sit through.

Knight of Cups has nothing approaching a conventional narrative; it has very little approaching even conventional dialogue. Christian Bale is Rick, a highly successful television writer (or so it seems, since one scene appears to show him working with Dan Harmon) whose seemingly perfect life is actually an unholy mess. The film follows Rick through countless Hollywood parties and dalliances with beautiful young women (Imogen Poots, Freida Pinto, Teresa Palmer, Natalie Portman), fraught arguments with his ex-wife (Cate Blanchett), his brother (Wes Bentley) and his father (Brian Dennehy). He spends lots of time frolicking melancholically in hotel rooms with more anonymous women, visiting opulent parties where everyone always seems to jump in the pool fully dressed and walking on the desolate beach with these beautiful women who’ll never understand him. 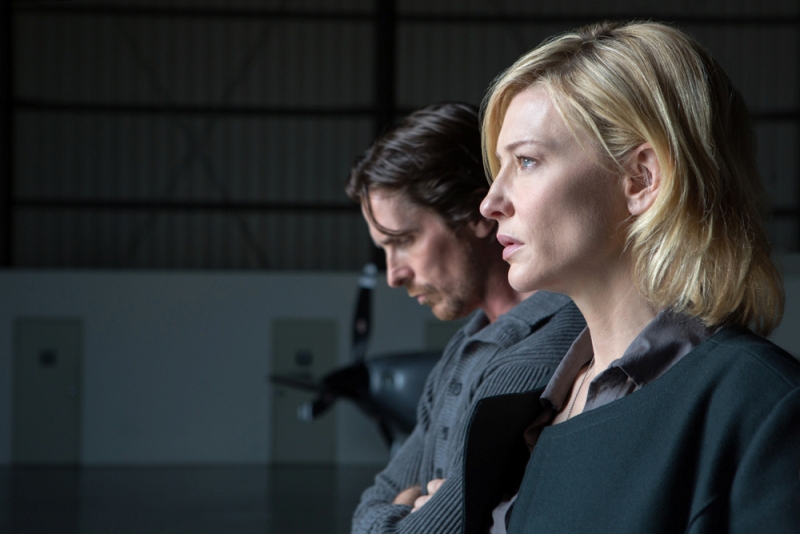 Were Knight of Cups presented in the traditional sensitive-guy-can’t-deal-with-life narrative, it might be in the running for smuggest, most unrelatable Hollywood circle-jerk session in history (a tall order). But that’s precisely what Knight of Cups isn’t. The experience of watching it is more akin to listening to a piece of music, with recurring motifs and atmospheric “bridges” between verses (or chapters, as they’re depicted here). The film is rife with voiceover, but the voiceover consists mostly of philosophical musings; dialogue seeps in and out of the action, but is often composed of incomprehensible non-sequiturs. It’s impossible to get a good grip on exactly what the character is feeling at all times — he becomes a cipher adrift in a world of stimulation, which is great to write about but difficult to relate to in a darkened theatre for two hours.

Malick trades in his fascination with shimmering fields of wheat for an equal fascination with the urban decay of Los Angeles. Bale sits on the beach on a slate-grey day; Bale and his brother have an argument while walking the concrete hellscape of the L.A. river. Los Angeles looks less like the glamour capital of the world and more like a crumbling, endlessly sprawling strip mall. Peppered in with typically excellent work by Emmanuel Lubezki is grainy digital and GoPro footage, which swirls in with the other images to create hazy, frantic visuals that are at odds with the usually stately way in which Malick usually constructs his films.

For better or worse, Knight of Cups isn’t the work of an old man going through the paces. It bristles with inventiveness and reinvention at every turn; it challenges the viewer in a way that we have not grown to expect from movies with somewhat wide releases that star the guy who played Batman. There’s a lot to admire in Knight of Cups, but not really much to glean. Brad Pitt (who worked with Malick on The Tree of Life) has described Malick’s directing process as “(…) an underwater diver who’s waiting for the sea turtle to go by, and then he follows till he’s not even near the boat any more.” Malick captures his share of sea turtles in Knight of Cups, but he also throws in lots of clams and rocks and suspicious muck from the bottom of the sea. ■

Knight of Cups opens in theatres on Friday, March 18. Watch the trailer here: