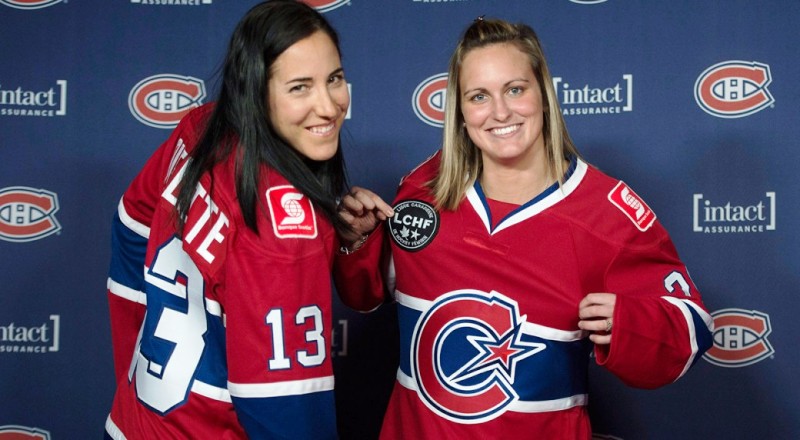 There will be hockey playoffs in Montreal after all. Yes, you read that right.

In the midst of the Montreal Canadiens season of turmoil, and the possibility that they’ll soon be out of playoff contention, there is another Montreal hockey team dominating and playing the best hockey I’ve seen in a long time. The Montreal Canadiennes have finished first in the Canadian Women’s Hockey League with a record of 21-3 and will be hosting the Toronto Furies in a best of three semi-final this Friday, with game two on Saturday and hopefully game three on Sunday. The winner goes on to play for the Clarkson Cup in Ottawa on March 13.

While witnessing the weirdest collapse in the heart of downtown from a team that was favoured to be Stanley Cup contenders, the powerhouse of women’s hockey continues to be a perennial contender out in the East End of the city.

This season, the team formerly known as the Montreal Stars rebranded — in partnership with the Montreal Canadiens — with a new logo and name: les Canadiennes, in homage to the tradition of women’s hockey played in Quebec from the 1930s. Along with maintaining their winning tradition and new exposure, les Canadiennes played in the first women’s Winter Classic in Boston on New Year’s Day and played a couple of home games at the Canadiens practice facility in Brossard. 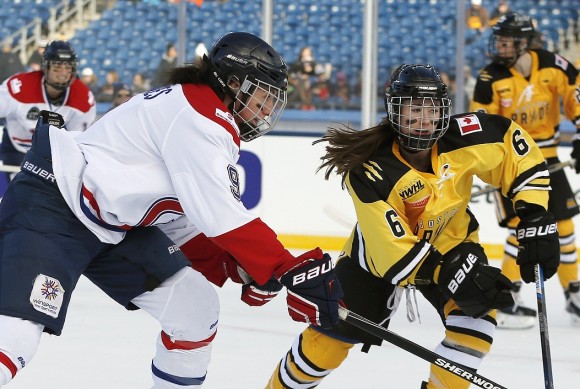 Montreal vs. Boston at the Winter Classic

It’s been quite the season for a team who sent nine of their best to the All Star game in Toronto, including top scorer Marie-Philip Poulin (she scored dramatic game-winners at the Sochi Olympics and in Vancouver) and four-time Olympian and CWHL all time leading scorer Caroline Ouellette. These are clearly better numbers than the Habs, yet people only seem to think of women’s hockey around Olympic time.

I’m not turning my back on the Habs, but the lack of scoring, constant line changes and the Michel Therrien clutch-play doesn’t inspire much confidence (or many goals). After that initial winning streak, this season has been marked by losses and dull play. It’s the complete opposite with les Canadiennes, who are all speed, scoring and great saves — without relying heavily on goaltender Charline Labonte. Whether they win by many goals or lose by one, they are a great team to watch. Consider it a continuation of the Olympic experience.

Even if you’re not too familiar with the faces of women’s hockey, the experience is a lot of fun. Etienne-Desmarteau arena may not be the Bell Centre, but it’s something special. First of all, it’s affordable — the best deal for tickets, food and beer of any sports franchise in the city (with the possible exception of roller derby). After going to a couple games this season, I had my share and left with money in my wallet; at the Bell Centre, I can only bring myself to buy one lone $10 beer.

Second, the rink had an old-school atmosphere and general admission (you can sit anywhere) so you can focus on the game and not get easily distracted by bells and whistles.

Third, the hockey is just good. I experienced the battle for first place against the Calgary Inferno. Getting the chance to watch Hayley Wickenheiser, the legend of Canadian women’s hockey, was one of my all-time hockey-watching highlights. Les Canadiennes were dominant but Calgary didn’t make it easy. And fan appreciation is also a significant part of the experience as both teams meet up after the game to sign autographs for the fans.

It may not be the road to the Stanley Cup, but the run for the Clarkson Cup is fierce hockey. Montreal women’s teams have been to five finals, winning three times. So if you really need that hockey playoff fix, see les Canadiennes contend for a real chance at that cup. ■