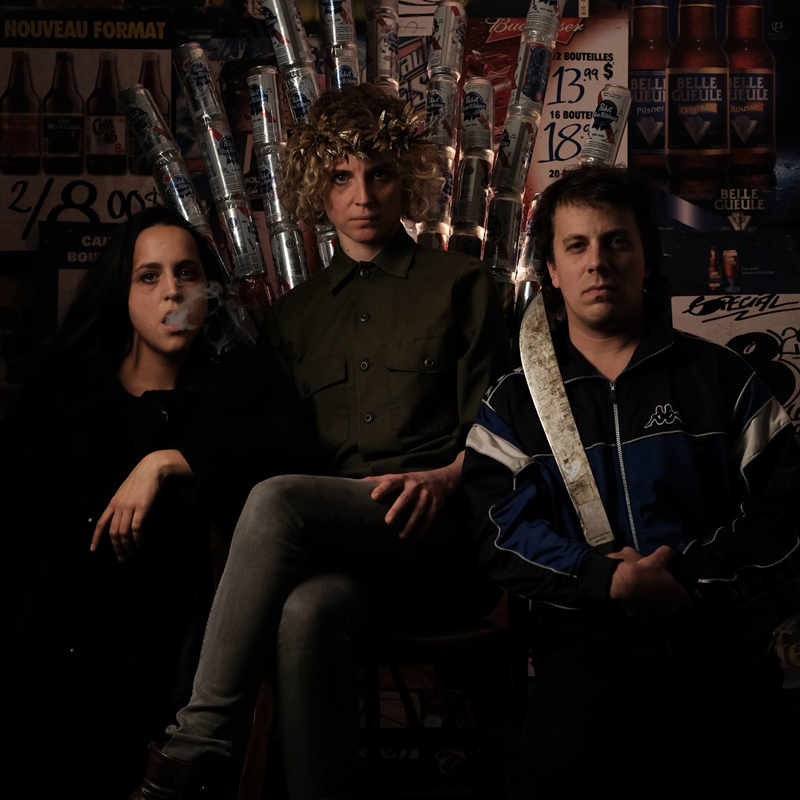 There’s arguably no better symbol of Montreal life than the dépanneur. These ubiquitous little corner stores are as varied in atmosphere as the neighbourhoods they serve, and as we rely on them for their essential services like late-night beer and snack supplies, it’s easy to overlook their importance as places where all the different demographics in our city can and do overlap — whether anglo, franco or allophone, or wealthy or poor, we all find ourselves making a dep run from time to time.

The universality of the neighbourhood dep experience is one good reason why Dépflies — the bilingual comedic serial play created by Danny Belair and Alain Mercieca that’s hitting the stage this week with Episode IX: La Guerre des Tarps — has been such a success. Another good reason for the play’s popularity is that it’s funny as hell.

Now in development with the CBC to produce a TV version, the team behind Dépflies has been busy creating over 16 hours of new material to draw from, including the storyline we’ll see play out from the stage at Théâtre Sainte Catherine — a wintertime escapade involving tarp tunnels (to get to the dep without having to go outdoors), a LOT of hot soup and a cameo appearance from Justin Trudeau (as portrayed by Belair).

In anticipation of the new episode, we caught up with Belair and Mercieca by phone to tell us more about where the Dépflies left off and where they’re headed next.

“In the last episode, the dep was sold to condo developers, but then they fought for it back. Zoe [a zine-making St-Henri punk] was semi-martyred by standing up to the construction workers who were going to demolish the dep,” Belair explains.

“She got hit by a wrecking ball and crowdsurfed to heaven,” Mercieca adds, hinting at the type of over-the-dep humour you can expect from the crew of long-time comedians and improvisers.

“The plays are really topical,” Belair continues. “The great thing about plays is that you can write immediately about what’s going on. We use the dep as a bit of a metaphor for St-Henri and for Montreal in general. I’ve been here for six or seven years and I’ve seen radical, radical changes. Some for the better and some for the worse, but we definitely talk about that.”

Given the series’ setting in St-Henri (where both Belair and Mercieca live, along with several other cast members), a neighbourhood that’s become a flashpoint of late for conversations about gentrification — with some choosing to deliver their messages in the form of bricks sailing through windows — the topic comes up frequently for the cast of dep regulars.

“Gentrification is something that anyone can relate to across the world right now, in every city you go to,” Mercieca tells me. “St-Henri is symbolic of this global trend. I’m not going to say it’s a blessing that it’s been gentrified, but there’s some extremely hilarious characters that have entered into the St-Henri world that create a wealth of comedy.”

For Episode IX, theatregoers can expect a storyline centred around a more immediate concern that will ring true for anyone who’s been outdoors over the past few days: keeping warm in wintertime.

“The general story for this play is that Peter (Mercieca) builds a tarp tunnel from his house to the dep, because he’s sick of going outside,” Belair tells me. “The neighbourhood sees it and thinks it’s a great idea and they all start building their tarp tunnels to the dep and to each other’s houses and it just turns into this big tarp city—like a temporary utopia where they do these things they’ve always wanted to do, but it spirals out of control as things normally do. It’s a fun one.”

In addition to the Dépflies series being a forum to talk and joke about typical Montreal concerns like gentrification and avoiding the outdoors in winter, the plays also reflect the city realistically in another very important way: the scripts are fully bilingual, flipping back and forth between French and English with natural fluidity.

“It’s really important to me,” says Mercieca. “If I did a play that was entirely English — or French for that matter — in Montreal, it’s unrealistic of what I’ve lived and if it wasn’t there I’d think it was sacrilegious. There’s an expression, ‘lost in translation,’ but we always say ‘found in translation.’ You find all these gems when you translate things, and when you speak in more than one language it opens your mind. It’s really fun to find new ways to use language to make jokes.”

In fact, the script is so easily adaptable to both languages that one character will be played by an anglophone with English lines for the first week of performances, and by a francophone offering the same lines in French for the second week, a transition that’s helped by the fact that much of the cast is made up of skilled improvisers.

“I still believe in the sacred nature of the text and the poetry of words,” says Mercieca about the freshness that comes from improvisation, “but a lot of theatre is based on this heavy rehearsal model that I don’t like personally, artistically I guess. If you rehearse for six months it’s going to feel stale and robotic, so I love it when there’s knuckleballs every night. If you’re a good improviser, you’re able to make sure the energy of the play is always at the highest possible level. That’s my fuck you to the theatre establishment!” ■