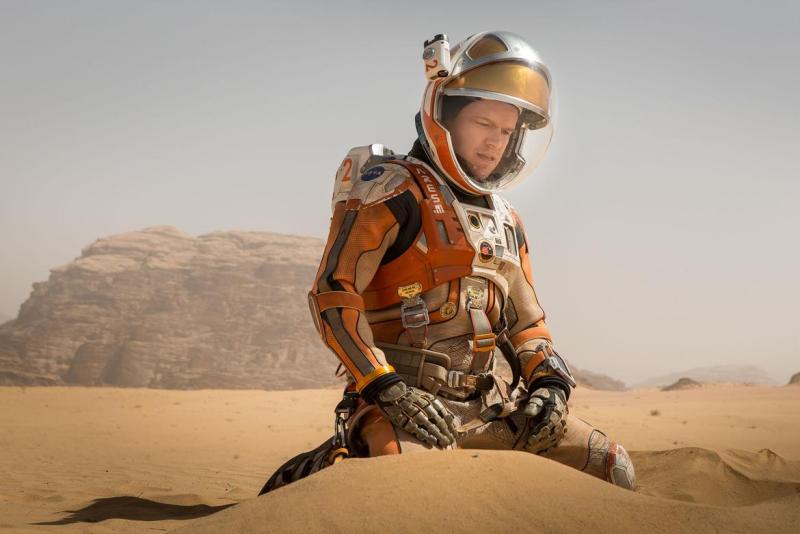 There’s a surprising number of surface similarities between The Martian and Christopher Nolan’s Interstellar. They’re both space movies directed by blockbuster auteurs released a year from each other; they both have stacked casts that feature Jessica Chastain rather prominently, and they both (this is the spoiler part) feature Matt Damon as an astronaut that was assumed dead by everyone until he proves he is not. While it would be possible to make trailers for both of the films that would be almost completely interchangeable, Ridley Scott’s The Martian turns out to be a very different film. Where Interstellar (and many other space movies, really) is concerned with lofty philosophical ideas and its own complicated web of time-travel ingenuity, The Martian is a film about problem-solving and science: cold, hard, calculable science.

A manned mission on Mars goes awry when projected storms happen much earlier than predicted. The team of astronauts (Jessica Chastain, Kate Mara, Sebastian Stan, Michael Pena and Aksel Hennie) retreat back to Earth, leaving behind botanist Mark Watney (Matt Damon) who they presume has died in the chaos. As the astronauts leave on the long voyage home, Watney wakes up in a pile of rubble to find that he’s effectively been left for dead on Mars. Ever the pragmatist, Watney calculates the exact amount of rationing needed to survive as long as possible and sets about finding a way to contact Earth.  Back on Earth, NASA chief Teddy Sanders (Jeff Daniels) announces Watney’s death and prepares for the return of the astronauts (which will take the better part of a year) when he and engineer Vincent Kapoor (Chiwetel Ejiofor) receive confirmation that Watney is indeed still alive. 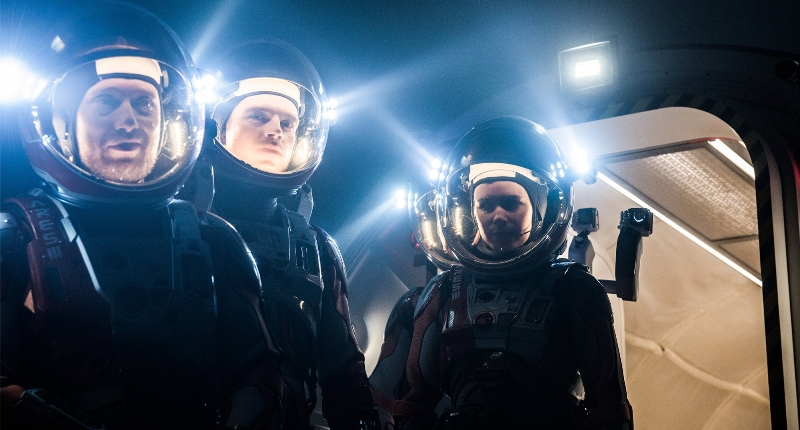 Action movies for kids were never called action movies when I was a kid: they were adventure, and that mostly passé genre descriptor is really the best way I can categorize The Martian. It’s a film about inventiveness and immediacy, about problem-solving and the very real danger of being the only person your own survival depends on. It’s a science-fiction movie where science is almost the entire equation and where successful calculations have enough weight to propel the plot. It sounds like the world’s most boring, navel-gazing horseshit on paper: a blockbuster space movie that’s actually about math?! That’s really the greatest thing that Scott pulls off here: making a film that feels small and personal despite the fact that it has half-a-dozen A-list actors and is mostly set on Mars.

The closest comparison I can make to another film would be Cast Away, but even that film has a treacly sentimentality that’s nowhere to be found in The Martian. There are no scenes of Watney tearfully touching a screen as he watches his children grow up from Mars (Watney’s personal life is basically never touched upon); there are no tragic death scenes as someone hurtles to their philosophically profound death into the sun. It’s a love letter to scientific pragmatism that feels both intensely personal and vitally exciting.

It’s not perfect, of course. There’s a laughable montage set to Bowie’s “Space Oddity” that belongs in a shittier film, and there are so many tertiary characters that are given a customary fleshing-out that it begins to resemble a ’70s disaster movie in parts. But The Martian is proof that a movie can be expensive, full of famous people, cut a good trailer full of explosions and yet still be pretty smart, exciting and fun.

You hear that, Marvel? ■

The Martian opens in theatres on Friday, Oct. 2. Watch the trailer here: