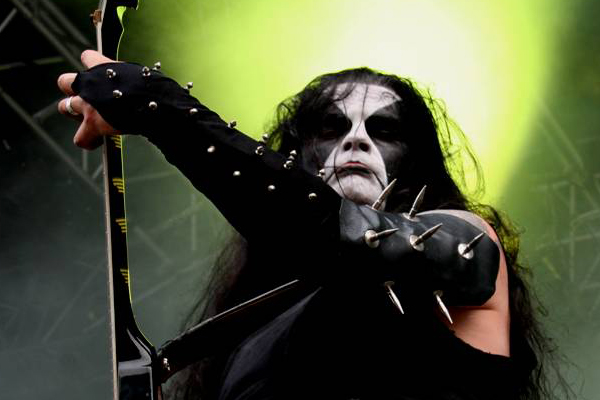 Early in Nicolas Ray’s 1950 noir In a Lonely Place, a coat-check girl effuses to Humphrey Bogart that the book she’s reading “will make a real dreamy picture . . . What I call an epic.” Requested to elaborate, she continues: “Well, you know: a picture that’s real long and has lots going on.” Bogart shrugs his shoulder, slugs his drinks, and does not — it is by the end of the film revealed — subsequently murder the woman.

“Epic” is a word out of which people get plenty of mileage these days, or at least they say it a lot. Coat-check Girl, to her credit, really isn’t that far off the original mark by current usage standards. Length, lots going on, and if we are going to hew to roots, we would want to add in some heroism, and some adventure of high import on a mythic or nation-founding scale.

Now, I am always at pains to resist coming off as a linguistic prescriptivist. Language evolves, meanings mutate and perpetuate and sometimes pervert entirely. It’s a fun, exciting, creative part of the goalless drunken ambling of history. However, in the spirit of respecting the value of backward as well as forward (or sideward) movement, it is sometimes worth attempting to recover and insist upon earlier (if not strictly original) definitions and applications of the words we use – not to restrict their use, but to recover some of the richness and specificity that can be lost in the din of free-meaning, free-speaking truancy. I’d like to do this for “epic,” because Abbath’s set at Heavy Montreal this weekend was fucking epic.

Here’s a rundown of the lyrical themes that were explored over the course of some 45 minutes (45 minutes may not an epic make, strictly speaking, but I can assure you that 60 minutes of Billy Talent felt like a goddamn eternity) of smoke, fire and corpse paint and crab walks:

– being a warrior, warring

– riding down a mountainside

– riding across a blinding desert

– riding a wind of no return

– marching through gates of fire

– having one’s deeds enshrined in legend

– being the literal contemporary subjects of previous, aeons-old legends

– fire raining from the sky

– heeding the call to battle

– thrones (toppling and/or sitting upon, gilded)

– riding at the speed of light

– gods of ice and sand

– fire (it just being around)

– the end of the universe

Just compiling this list, I feel all the more how impoverished our understanding of the epic has become, if all it calls to mind is exaggeration. Banished is the poetry of the great oral traditions; divested of mythic drama, it is reduced to an empty superlative. Sure, I appreciate an “epic fails” Best Of as much as the next guy, but in that supercut I can’t help wondering, what of pathos? What of deeds, and of wolves?

But for all that, nothing about Abbath’s performance felt stuffy or portentous. In a genre that often slips into humourless, ludicrous self-seriousness, Abbath Doom Occulta is a dedicated entertainer. Swaggering around the stage in his tights and spiked gauntlets, he is charming, confident and surprisingly un-self-conscious for a man who is effectively dressed up as an evil playing card. In spite of early technical difficulties that make the usually blistering “The Storm I Ride” sound like so much buzzing and farting, the band barrels on unperturbed as they draw from the Immortal and I back-catalogues, including a truly crushing rendition of Sons of Northern Darkness’ mid-tempo banger “Tyrants,” the audience rapt and captivated like children at their first magic show.

Twenty-odd years on from his debut on Immortal’s Diabolical Fullmoon Mysticism, Abbath has ridden (probably on a flaming horse) right through self-parody and come out the other side, a genuine, consummate showman. ■