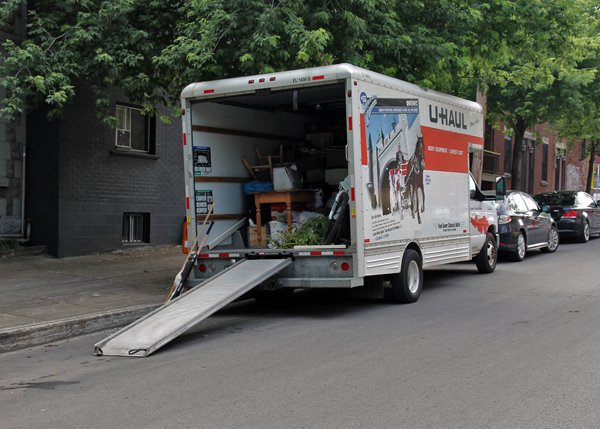 July 1 is a sweaty, dirty, chaotic ordeal for most of the 100,000+ Quebec households that relocate on our other, other national holiday: Moving Day, a summer tradition in this province for over 40 years.

Moving Day brings a lot of social issues to the fore, among them pet abandonment, slumlord apathy, infestation, gentrification, the lack of affordable housing and a need for social housing. Finding a cheap and clean abode is always a struggle for those whose income grazes the poverty line, so with that in mind, 3M — the company behind 55,000 products including Scotch tape and Post-It notes — has launched a Moving Day fundraiser, and all you’ve got to do to contribute is tweet: Every time the hashtag #3MMovingParty is used on Twitter within the next week (through 11:59 p.m. on July 1), the company will donate $2 to Habitat for Humanity Quebec, a largely volunteer-run organization that builds houses and flats for low-income Quebecers.

3M reps will also be driving around Montreal (and Quebec City, Sherbrooke, Trois-Rivières and Gatineau) on Moving Day, offering support to people mid-move, and a little humour care of comedian Phil Roy (of SNL Québec). Four cars will be circulating in NDG, Westmount, St-Henri, Griffintown, Old Montreal, the Plateau, Mile End, Outremont, Little Italy and Rosemont as of 9 a.m.

“3m is always looking for different ways to help the community and give back, and promote our products at the same time,” says company spokesperson Lynn Bergeron, explaining that free kits will be distributed to the movers they come across in their travels. “We have a whole slew of products that lend themselves very well to Moving Day, like packaging tape for sealing boxes, NexCare bandages, command hooks that hold securely on walls with an adhesive, sponges, all kinds of things.”

“We’re going to be driving around giving out the sample bags, and if it’s around lunchtime, maybe we’ll order a pizza,” she adds. “Phil Roy’s gonna go out there with us, supporting the movers, cracking jokes and encouraging people to use the hashtag.” 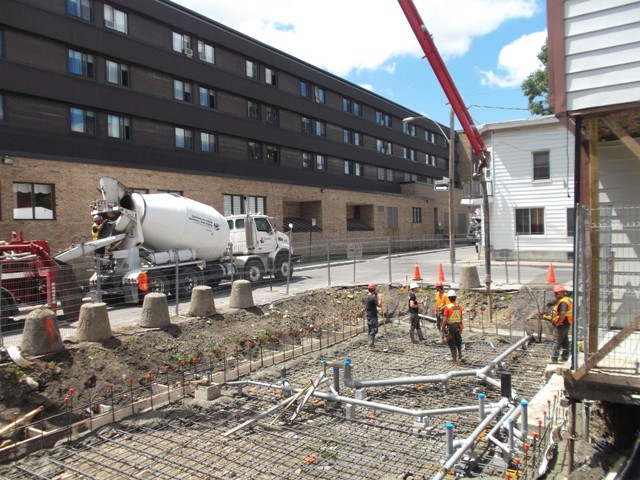 Habitat for Humanity Quebec rep Anne Bergeron explained that the organization’s branch in this province, a wing of the international organization that’s best known for its construction projects in developing countries, has built 15 houses in Quebec, 11 of them in Montreal’s St-Henri and Hochelaga neighbourhoods. The dwellings in the city tend to be duplexes and condos located near metro stations, sold at market value (with no down-payment or interest) to applicants whose family income falls between $30,000 and $60,000. As part of the deal, the future occupants (whose mortgage payments are put aside for future HHQ constuctions) must commit 500 hours to aiding in the construction of their dwelling and volunteering for Habitat.

“We’re heavily dependent on volunteers, on community involvement,” says Bergeron, one of only 10 employees at HHQ. Volunteers do everything from construction to promotion and marketing, working in the HHQ’s Restore and bank, providing legal and financial services and so on.

“The benefit of buying houses, for people who can’t normally afford it, is building equity, and providing greater self-esteem and well-being for their families ” Bergeron adds. “Some of the families who buy our houses are on social housing, so this also costs the government less and opens up space in those programs, and the occupants are also paying property taxes to the municipal government. There tends to be more civic engagement for people with roots in a place where they’re living for more than one or two years. So it’s a win for them, and it’s a win for society.” ■

Use the #3MMovingParty hashtag on Twitter on or before July 1 and 3M will donate $2 to Habitat for Humanity Quebec.

For more information about Habitat for Humanity Quebec, see their website, here.

For more information about 3M Canada, see their website, here.