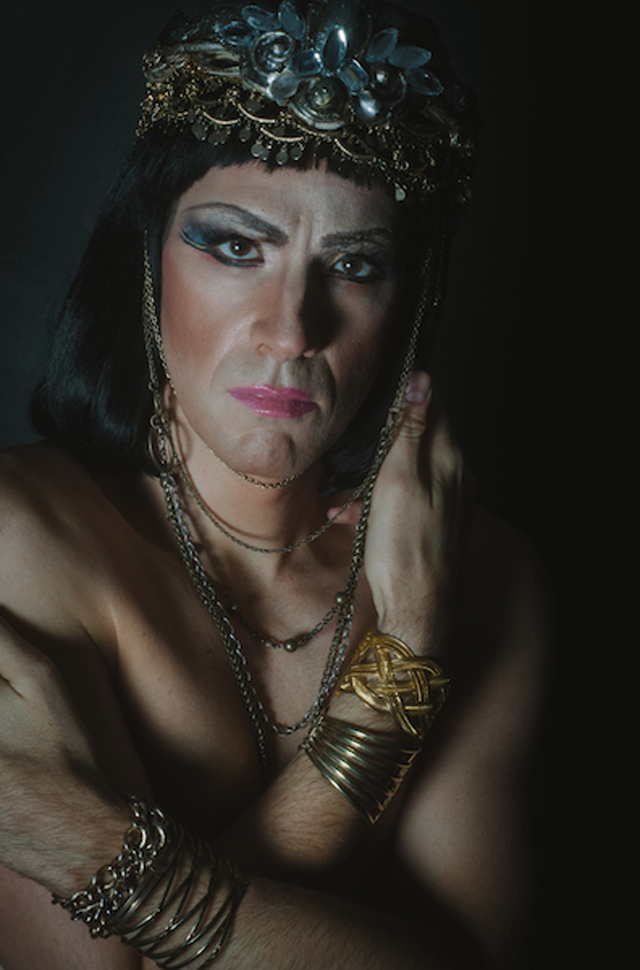 Michel Tremblay is known for his incredibly human characters. Throughout his body of work, he has shown himself to be an expert at capturing unique and often unpopular or marginalized voices. His play Hosanna is a prime example.

While Hosanna has graced stages around the world, Tableau D’Hôte Theatre’s production marks the Montreal premiere of the 1974 English adaptation. Translators John Van Burek and Bill Glassco clearly put a great deal of thought into retaining certain stylistic elements of Quebec culture that lend authenticity to the dialogue.

Hosanna is a hairdresser-by-day/transvestite-by-night who is the victim of a mean-spirited prank on Halloween night. The fight that ensues between Hosanna and her lover, Cuirette, brings about a discussion of gender, identity and the survival of their relationship.

Eloi ArchamBaudoin is flawless as the title character. His complete embodiment of this complex and captivating role shows elements of genius. The show runs an hour and a half without intermission and Hosanna is offstage for about 30 seconds of it. ArchamBaudoin’s performance was riveting in its oscillation between Tremblay’s signature spiteful tirades, impeccable joke delivery and remarkable vulnerability.

The MainLine Theatre itself is an intimate space and the physical closeness of the actors existing in Hosanna’s apartment felt very real. In contrast, the noteworthy lighting design created an ethereal quality that seemed to ebb and flow between high realism and the realm of the imagination.

Davide Chiazzese holds his own admirably as Cuirette. He really settled into his role throughout the performance and provided a strong answer to Hosanna’s instability.

Artistic director Mike Payette emphasized the importance of the relationship between the two.

“It has to remain a human story. We can recognize both of these characters, who are lovers, who are on the brink of collapse within themselves and within the relationship,” he says. “They’ve been so expert at putting on really thick masks in order to protect themselves within the public, and certainly we can identify on a human level.”

This symbolic ‘de-masking’ speaks to an important theme within the show’s fabric of peeling away façades and revealing what’s underneath. This is reflected in the action as Hosanna slowly removes her costume and elaborate make-up piece by piece over the course of the play until there is nothing left.

The play is fast-paced, bitingly funny and, despite its age, manages to address issues within the queer community with surprising relevance and sincerity.

As Payette remarks: “This is a love story and there’s nothing more timeless.” ■