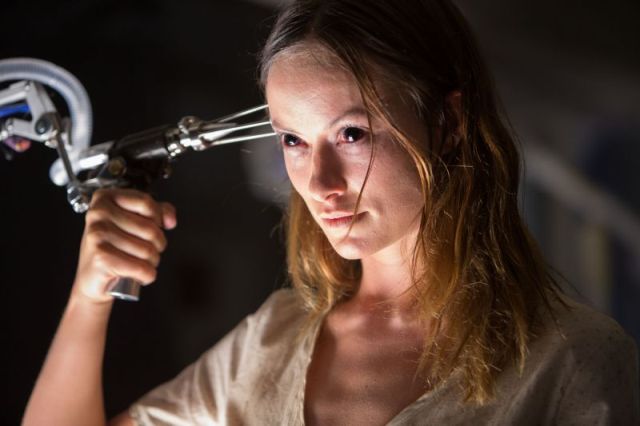 On Friday, Feb. 27, The Lazarus Effect is opening in Montreal. The highly anticipated horror film was made by the producers of Paranormal Activity, Insidious and The Purge, and stars Evan Peters, Olivia Wilde, Sarah Bolger, Mark Duplass and Donald Glover (aka Childish Gambino). Here’s the synopsis:

“A team of ambitious medical professionals have found a way to bring dead patients back to life using a serum code-named Lazarus. After several successful tests are done on animals, Zoe (Olivia Wilde), one of the lead researchers, dies in a lab accident. In desperation, the team uses ‘Lazarus’ to bring her back and they are successful. Later, however, as she begins to display unusual abilities, the team begins to realize that in their attempt to resurrect the dead, they may have opened the door to unfathomable evil.” (See the trailer below.)

D Films has provided us with 50 double passes to the premiere of The Lazarus Effect in downtown Montreal next Thursday, Feb. 26, at 7 p.m. All you have to do to enter the contest is email info@cultmontreal.com with the words “The Lazarus Effect” in the subject line, before 4 p.m. on Wednesday, Feb. 25. We will choose winners at random and contact them by 5 p.m. that same day.