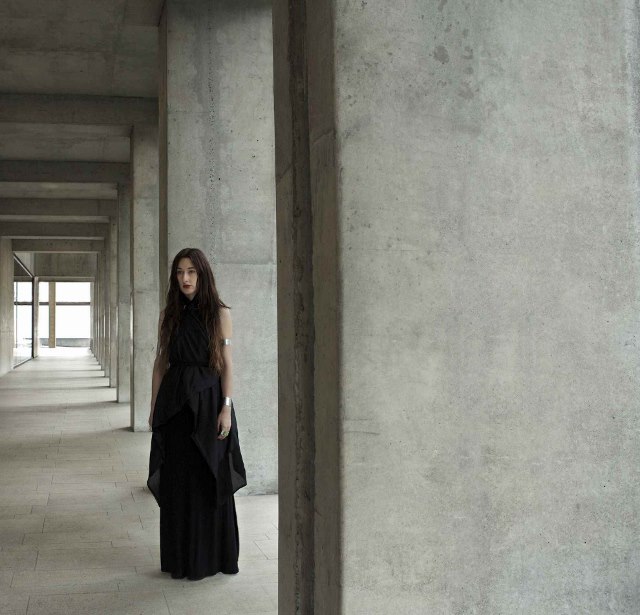 Nika Roza Danilova is Zola Jesus, an American singer and songwriter whose electronic productions resonate with echoes of the great goth, art rock and baroque pop performers of the late 20th century. She’s made an album every year since 2009, the latest being Taiga, released in Oct. 2014 by Mute Records, and produced by Dean Hurley — they met when he collaborated with David Lynch on a Zola Jesus remix.

Danilova’s roots are Russian but her experience is all-American: She was born in Phoenix and raised in forested Wisconsin, lived briefly in California but now lives in Seattle. She borrowed her pseudonym from French author Emile Zola and (yes) Jesus of Nazareth.

I contacted Danilova at her parents’ house in Wisconsin a few days before Christmas. Here’s what Zola Jesus had to say…

“[With the exception of Sia] I’ve really been disappointed with pop music this year. Sometimes there’s a really good zeitgeist moment in terms of the production and the songwriting, when there’s a lot of really good songs on the radio and on the charts. Now I don’t know what it is, the production is too disco. It must be post-Daft Punk — there’s a lot of people who are trying to make lighthearted casual disco music.

“But there was a time, around 2008, when there was a lot of great electronic music. Drake came out with ‘Successful,’ there was Kid Cudi. Kanye’s 808 Heartbreak. It was a moment when I feel like music was really interesting, and I haven’t experienced that sort of excitement over pop music since then.”

About working with Hurley on Taiga:

About her live band:

“I have a really interesting drummer. He made his own drum set, which is just very unique, based on what he needs for my songs, which are all very different. I have a trombonist who affects his trombone and also plays some keys, and I also have a synth player.”

About her stage production:

“In the past I’ve had projections, but this is the most sophisticated stage production I’ve ever had. I actually have a stage production that I created with a stage designer and a lighting designer. I had some really strong ideas about how I wanted to communicate the songs in a visual way so we created a lighted sculpture that sits on the stage. Carl Robertshaw designed the sculpture; he’s really talented at creating things that are very compactable. He used to build kites so he’s very good at fashioning things that can be mobile.” ■